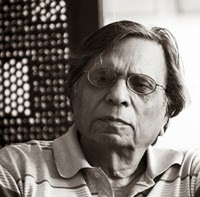 Though Indian state is secular and its constitution provides equal rights to all citizens irrespective of their religion, Indian society is not at all secular. Secularism of mind takes time and the process is on. The attempts by successive political leadership in the country to integrate Indian society under a secular code are strongly resisted by Hindu extremist groups like Bharatiya Janata Party (BJP). Muslims in India favour secularism because it will ensure maximum religious freedom for them in a Hindu-dominated society. The Partition of India in 1947 triggered large-scale sectarian strife and bloodshed. Since then, India has been experiencing violence sparked off by underlying tensions between sections of the Hindu and Muslim communities. These conflicts mainly stem from the ideologies of Hindu nationalism versus Islamic extremism that exist in certain sections of the Indian population. Jinnah was secular and an honest and upright leader and politician. But, why are we following Jinnah now when he is part of history? We should look into the merits and demerits of secularism instead of bickering over what Jinnah had said in his August 11 speech. Instead of brooding on the past, we should act like a vibrant society by keeping our approach futuristic. The Objectives Resolution decided the fate of Pakistan as an Islamic country. Jinnah became irrelevant with the passage of the Objectives Resolution by the Constituent Assembly of Pakistan in 1949. The resolution, proposed by the then prime minister Liaquat Ali Khan, proclaimed that the future constitution of Pakistan would not be modelled entirely on a European pattern, but on the ideology of Islam. But most of the Islamic provisions were introduced in the 1973 Constitution and Islam became the religion of state. Till the time of President Ayub Khan, Pakistan army remained secular and it used to follow the tradition of a colonial institution. The army became religious during the Zia regime. Yes, the impression that army and religious elements are in agreement over an Islamic outlook of Pakistan is somewhat correct. REFERENCE: "Jinnah became irrelevant after Objectives Resolution" -- Dr Mubarak Ali, eminent historian and scholar By Mazhar Khan Jadoon 29 August 2010 http://jang.com.pk/thenews/aug2010-weekly/nos-29-08-2010/spr.htm#6

Islamisation of Jinnah by Ayesha Siddiqa (Top... by SalimJanMazari 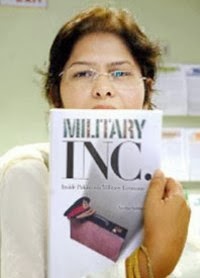 Punjabi jihadism has its distinctive features. Its leadership is trained in religious ideology, while its foot soldiers are divided between those that have received better schooling in government schools and those that are madrassa trained. While the bulk of the foot soldiers come from madrassas, the emphasis is on recruiting boys from government schools, who are sharper and comparatively more educated. Their education is a valuable skill for jihad. These smarter children are open to recruitment because often, they have already been partially indoctrinated by friends to militant ideology. Sometimes they are simply disgruntled: they have problems with their parents and are ready to leave home. The fresh recruits are then sent on a daura-e-aam (simple tour), which is a 21-day training course in the NWFP or Kashmir, in which they are mainly given ideological training. Those that are tempted to stay on are later dispatched on a daura-e-khaas (special tour of three to six months) in which they are taught the use of weapons and military techniques. Anyone willing to continue with jihad is then sent to another highly specialised training mission in which their threshold to resist and inflict pain is developed. This training is conducted prior to “launching” a jihadi on a particular front. It prepares the fighter, as well as a trained commando, in the art of offensive guerrilla operations and the use of military technology. During this stage, it is rumoured that trained military personnel (serving or retired) are involved, especially in the cases of the Lashkar-e-Tayyaba and Jaish-e-Mohammad. Since the training has been taking place for the past two decades, organisations also benefit from battle-hardened surviving fighters who fought in Afghanistan and on other fronts. REFERENCE: A Different Breed By Ayesha Siddiqa 9 SEPTEMBER 2009 http://www.newslinemagazine.com/2009/09/a-different-breed/
Posted by Aamir Mughal at 2:37 PM