Why Raza Rumi was Attacked? 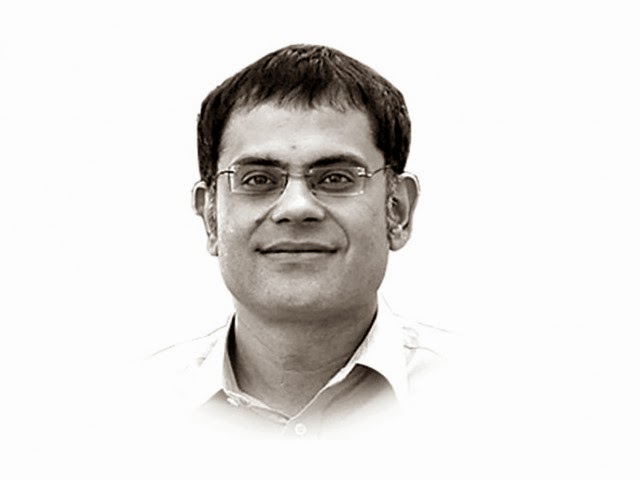 LAHORE: An attack on noted columnist and TV anchor Raza Rumi led to the unfortunate death of his driver Mustafa on Friday evening. Raza Ahmed, popularly known as Raza Rumi, was injured in an attack along with his guard and driver near Raja Market. According to TV reports, Rumi escaped with a minor injury and managed to shift his guard and driver to the hospital in critical condition. However, his driver succumbed to his injuries. The guard’s condition is also said to be critical. Rumi said he was distraught over his driver's killing, whom he described as “innocent” and a breadwinner for 10 other family members. “God has saved me. I just heard the... bullets when we took a turn near Raja Market and put my head down,” he told AFP, adding his bodyguard leapt to save him. “Extremists want no counter narrative in the state that is why they are attacking alternative voices.” Amnesty International's Pakistan researcher Mustafa Qadri said: “Raza's case is a sad reminder of the threats faced by journalists like him who are promoting human rights and understanding in Pakistan. “Amnesty International has documented at least three cases of journalists killed this year as a direct result of their work, with scores of others, like Raza, narrowly escaping,” he told AFP. Earlier this month Pakistan announced it would set up a special commission to protect journalists and will include press freedom as part of peace talks with the Taliban. In a few updates on Twitter, Rumi shared the incident with his followers. His followers and peers condemned the incident and sent out tweets supporting him. This is the fifth attack on Express Media Group. Three staff members of the group lost their lives in an attack earlier this year. REFERENCE: Columnist, anchor Raza Rumi attacked, driver loses life 2014-03-29 07:48:33 https://www.dawn.com/news/1096198/columnist-anchor-raza-rumi-attacked-driver-loses-life 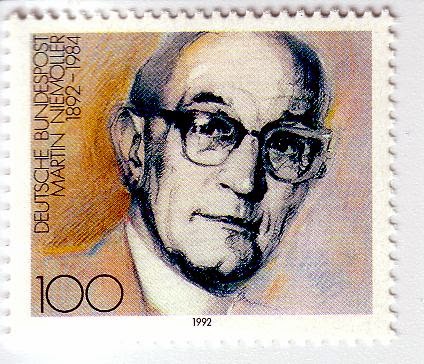 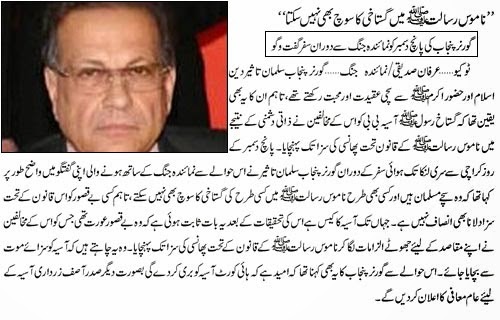 Since the start of Free Media Circus in Pakistan after 911 , the leading Media Houses particularly the Urdu Language newspapers, their editorials, their reporters, their columnists and later TV Anchors always emphasis on "Perfect Democracy" and ruthlessly castigate Politicians and no doubt Inept Pakistani politicians do need thrashing but matter is not that simple because these very journalists take a hike when there is some Mullah in question. The Urdu media (both electronic and print) in Pakistan adopt the narratives of Repressive Nationalism laced with Misogyny, Communal Hate, Ethnic Hate, Sectarian Hate, Lingual Hate, Religious Hate and laced with extreme religious literal-ism (predominantly Sunni) bordering Fascism and that too with Conspiracy Theory mindset when they question Non-Mullah Politicians of Pakistan whereas during any Martial Law all such Jingoist vanish in thin air. They often talk of Extremism and Sectarian Killings in the country and lament the state of affairs in Pakistan particularly when they are questioning Politicians but their Testosterone goes on backfoot when they have to question Mullahs, there is surely a tilt. Recently in Daily Jang, Hamid Mir and Dr Safdar Mehmood while linking Jinnah with Soft Deobandi Mullahs like Mufti M Shafi, Zafar Ahmed Usmani and their Head-pope Mullah Ashraf Ali Thanvi, conveniently forgot these Mullah's Rabid Hate for Barelvis, Shias, what to talk of Ahmadis . Hamid Mir, Dr Safdar and all such Pseudo Islamists coming out of woodwork are hell bent to prove Jinnah forged unity amongst Muslim sects whereas no such unity amongst rival Muslims sects ever existed in Islamic History. Each column on Jinnah by these two duffers further drown both of them more deeply in the Filth of lies i.e. Destiny of 180 Millions Pakistanis. Every Pro Tehrik-i-Taliban Pakistan (TTP) Islamist Journalist of Pakistan Media is responsible for the attack on Raza Rumi , driver & general attack on Media. I Puke when I see Jang Group GEO TV Journalists sympathize with Raza Rumi . This day has arrived because they justified brutal, cold-blooded and well planned murder of Salmaan Taseer. Express News & Pakistan Media should stop receiving sympathies from Jang Group on Raza Rumi or attack on Media. These Dimwit Pro Jamaat-e-Islami TTP, Ahle Sunnat Wal Jamaat (ASWJ) Lashkar-e-Jhangvi (LJ) Journalists should stop doing the drama of supporting Press Freedom, Democracy & Islamic Extremists at the same time, enough of this ride on two boats at the same time. Even more shame on Express News who invite Extremist Sympathizer like Absar Alam and Hamid Mir to support Raza Rumi Please invite Shahidullah Shahid instead or better still Ansar Abbasi. Its about time that Pakistani TV Channels should stop apeasing Mullahs who are hell bent to change Pakistan's Moderate way of Life.

Why Raza Rumi was a Target?

The TTP has unequivocally stated that they want to impose their version of Sharia and undo the current structure of state almost at gunpoint. The allies of the TTP such as the Laskhar-e-Jhangvi make it clear that their worldview has no place for Shias, Ahmadis and other brands of ‘infidel’ belief systems. This is why the current government is stuck between the imperative of keeping Punjab (where militant organisations have a social base) stable and ending violence in the rest of the country. It has also been stated (later denied) that the Pakistani security apparatus does not have the capacity to effectively dismantle the militant infrastructure across the country. In recent weeks, I have met several middle-ranking and junior officials of the armed forces (ironically at the Karachi and Lahore literary festivals) who, on conditions of anonymity, expressed their outrage at the way the TTP were killing their colleagues. Most blamed the civilian leadership for not taking a clear stance on the militant networks. It would not be out of place to conclude that a similar sentiment prevails at the senior levels. With 4,000 lives lost and 13,000 personnel injured, the ‘enemy’ for the armed forces would be clear by now. What then prevents a decisive strategy? REFERENCE: Policy paralysis haunts our security By Raza RumiPublished: March 21, 2014 http://tribune.com.pk/story/685625/policy-paralysis-haunts-our-security/

The State of Sectarianism in Pakistan 2005 Crisis Group http://www.scribd.com/doc/105102389/The-State-of-Sectarianism-in-Pakistan-2005-Crisis-Group


How teenagers were lured by Terrorists- Army... by SalimJanMazari

Again Why Raza Rumi was a Target? 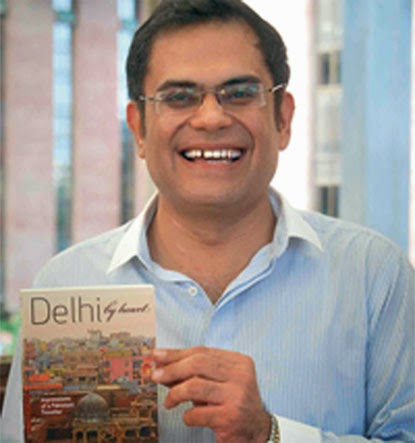 States choose their positions and set relationships based on what is perceived as ‘national interest’. In the case of post-1971 truncated Pakistan, national interest was set by the populist Zulfikar Ali Bhutto with a vision of unifying the Ummah and rhetorical anti-imperialism. With the ouster of Bhutto in 1977, the military adopted his policy architecture and added ‘jihad’ as a central pillar. Since then, we have had an uninterrupted penchant for jihad and to create demand for it, popular education and narratives were reset on why it was necessary to support or in the least, tolerate the semi-private jihadi infrastructure. The events of 9/11 came as a rupture to Pakistan’s policy environment and there were substantial reversals to the jihad policy as well. But in Afghanistan, the reliance on the Taliban as a just and friendly force continues to inform the way we look at the post-Nato region. Such has been the acceptability of jihad that the offshoots of the Afghan Taliban, i.e., their Pakistani counterparts, are now widely considered as legitimate stakeholders in the country. A new battleground — Syria — has emerged where Pakistan is considered a potential player in the old US-Saudi-Pak triumvirate. A recent story in the Gulf News, which was later denied, stated that Saudi Arabia was seeking anti-aircraft and anti-tank rockets to aid the Syrian rebels. Another statement from the head of the Syrian opposition announced that new arms would be arriving soon. It would be unfair to assume that this story is true unless there is official confirmation from our side. However, given our history and the foreign policy matrix, this may just fall into the realm of possibility. For decades, Pakistan’s foreign policy has ignored the imperatives of regional cooperation due to the ‘threat’ from India. The relationship with China is hardly economic in nature and suits the purposes of the national security apparatus. Energy deficiency has cost us losses in GDP and the need to buy expensive oil to run power plants has resulted in chronic stagflation. Yet, we have almost ended the Iran pipeline project that could have been a rational response to the energy crisis at home. REFERENCE: Our increasing reserves By Raza RumiPublished: March 14, 2014 http://tribune.com.pk/story/682906/our-increasing-reserves/
Posted by Aamir Mughal at 11:40 AM

Recurring incidents of violence in Pakistan especially on journalists speak of the same mindset that attacked Mallala yousafzai.Terrorizing is the key tool to implement the hard core personified brand of religion.Raza is not the first and he will not be the last..and thats what worries us!

I agree. Fear is their force