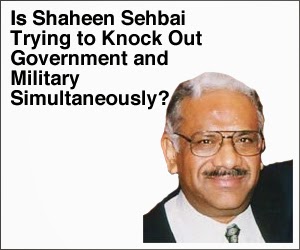 Reuters Handbook of Journalism says: Take no side, tell all sides As Reuters journalists, we never identify with any side in an issue, a conflict or a dispute. Our text and visual stories need to reflect all sides, not just one. This leads to better journalism because it requires us to stop at each stage of newsgathering and ask ourselves "What do I know?" and "What do I need to know?" In reporting a takeover bid, for example, it should be obvious that the target company must be given an opportunity to state their position. Similarly in a political dispute or military conflict, there are always at least two sides to consider and we risk being perceived as biased if we fail to give adequate space to the various parties. This objectivity does not always come down to giving equal space to all sides. The perpetrator of an atrocity or the leader of a fringe political group arguably warrants less space than the victims or mainstream political parties. We must, however, always strive to be scrupulously fair and balanced. Allegations should not be portrayed as fact; charges should not be conveyed as a sign of guilt. We have a duty of fairness to give the subjects of such stories the opportunity to put their side. We must also be on guard against bias in our choice of words. Words like "claimed" or "according to" can suggest we doubt what is being said. Words like "fears" or "hopes" might suggest we are taking sides. Verbs like rebut or refute (which means to disprove) or like fail (as in failed to comment) can imply an editorial judgment and are best avoided. Thinking about language can only improve our writing and our journalism. REFERENCE: Reuters Handbook of Journalism http://www.trust.org/contentAsset/raw-data/652966ab-c90b-4252-b4a5-db8ed1d438ce/file 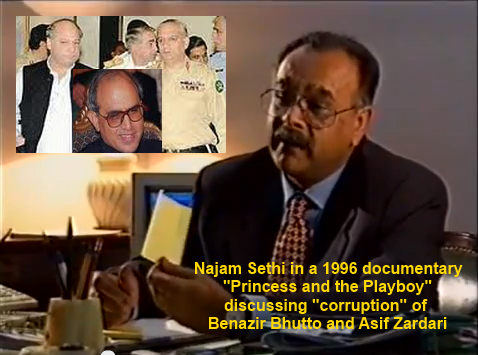 Princess and the Playboy BBC 1996 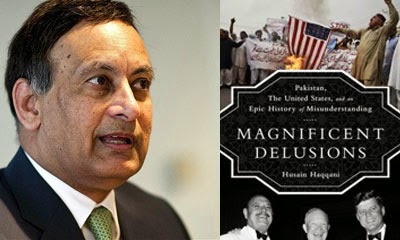 In a TV Show of GEO TV "Aaj Kamran Khan Kay Sath dated 18 Nov 2011", and also on Bolta Pakistan of AAJ TV dated 16 Nov 2011, the resident editor of The News International, Mr. Mohammad Malick opined that raising objection on Mansoor Ijaz' credibility is of no use! Very well as Mr. Malick suggest we should apply Mansoor Ijaz "Rant" as a cardinal truth and Mr. Mohammad Malick should plead case against Pakistan in the world community particularly in UN by quoting from Mr. Mansoor Ijaz "Excellent Pieces" on Pakistan. Some members of the Pakistani establishment and especially those agencies (nowadays this role has been taken over by the Jang Group of Newspapers), which have assumed the role of determining what is ‘national interest of Pakistan’, and who is loyal, and who is anti Pakistan, have perhaps done more damage to Pakistan than known enemies of Pakistan. It is unfortunate that every blunder, be it at national level or in foreign affairs, is made in the name of ‘national interest of Pakistan’. People of Pakistan are perplexed as they fail to understand what is ’national interest of Pakistan. People are further bewildered when some of these leaders, perceived and declared as ‘anti Pakistan’ or ‘security risk’ are sworn in to hold some kind of office in Pakistan. There are many examples where people declared as an ‘Indian agent’ or ‘traitor’ had taken high public office; even those who had no Pakistani nationality or rescinded it, had an opportunity to become Prime Minister of Pakistan. Once these people have decided that something is in the ‘national interest of Pakistan’, they will pursue that agenda without having any system of check and balance and appraisal. If any one dares to criticize what they do in the name of ‘national interest of Pakistan’, he/she is declared as ‘anti Pakistan’. Similarly if a Pakistani person criticizes Pakistan government, or holds demonstration against the government policy, he is declared as ‘anti Pakistan’. Now closely read (which I would quote from Jang Group's The News) what the Nincompoops (even the Senior Diplomatic Correspondents and Group Editors didn't have slightest idea as to what they were talking about what to talk of Ansar Abbasi) in the Jang Group of Newspapers had been filing in their Rag called The News International. Pakistan is one of those unfortunate countries where the Sanctimonious Intellectuals discuss the blame on speculations and assumptions even if it is at the cost of the integrity and sovereignty of the country. Differing with PPP or any other government is one thing and putting country's fate at the stake for settling some political score is quite another and that is the usual story with the Jang Group of newspaper and their Journalists/TV Anchors particularly Shaheen Sehbai, Kamran Khan, Mohammad Malick and Ansar Abbasi despite knowing an established fact (with reference, history and footage) that Mansoor Ijaz and his Neocon Lobby had destroyed Iraq by raising False Alarm of Weapons of Mass Destruction and Mansoor Ijaz tried exactly did the same again and Jang Group of Newspapers was part and parcel in this ugly game. We must keep one thing in mind that Mohammad Malick (Resident Editor, The News International) also has several blot on his character e.g. Muhammad Malick (List of journalists given plots in Islamabad Published: November 1, 2010 http://tribune.com.pk/story/70940/list-of-journalists-given-plots-in-islamabad/ Journalist Corruption Scandal – Mohammad Malick JUNE 3, 2009 http://pkpolitics.com/2009/06/03/journalist-corruption-scandal-mohammad-malick/. Jang Group often invoke Quran and Sunnah and Fatwa to serve selfish motives therefore they must know about the “Burden of Proof” - “The burden of proof is upon the plaintiff and the taking of oath is upon the defendant.” (Al-Bayhaqi)” - Guilty by Suspicion is against the Spirit of Islamic Law because when you raise finger then it’s the responsibility of those who allege to produce witness. Benefit of doubt is always given to those who is under trial. "QUOTE" - Updated Nov 18, 2011 Ansar Abbasi, a newspaper editor often said to be a proxy for the military establishment, said if Haqqani is involved in the affair, he should be tried for treason. ‘Memogate’ scandal reveals civil-military splits "UNQUOTE http://www.dawn.com/news/674146/memogate-scandal-reveals-civil-military-splits


The burden of proof is upon the plaintiff, and the oath is upon the one who is accused (Tirmidhi) - Therefore the ruler is forbidden from imposing a penalty on anyone, unless they perpetrate a crime which Shari’ah considers to be a crime, and the perpetration of the crime has been proven before a competent judge in a judiciary court, because the evidence could not be admissible unless it is established before a competent judge and in a judiciary court. 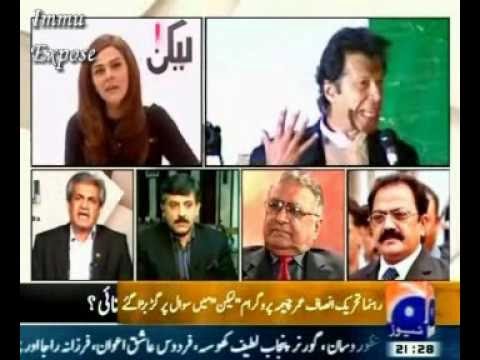 ZURICH: Mansoor Ijaz, the US business tycoon who has become the centre of a huge controversy over the reported memorandum sent through him by President Zardari to Admiral Mike Mullen, on Sunday night issued a rejoinder from Zurich, responding to the statements issued by presidential spokesman Farhatullah Babar, the Foreign Office and Ambassador Husain Haqqani on the issue. His statement came hours after PTI leader Imran Khan told the huge Lahore rally that Ambassador Haqqani had sent the memo to Admiral Mike Mullen requesting the US army to help against Pakistan Army. After Imran Khan’s allegations in his speech, Ambassador Haqqani had challenged the PTI leader on Sunday night to produce any evidence, if he had one, in the Supreme Court of Pakistan. REFERENCE: A dangerous path for Pakistan, says Mansoor Ijaz News Desk Monday, October 31, 2011 http://www.thenews.com.pk/Todays-News-13-9981-A-dangerous-path-for-Pakistan-says-Mansoor-Ijaz

Memogate row: Will Mansoor Ijaz testify at all?

Memogate row: Will Mansoor Ijaz testify at all? by tvnportal

Memogate: Will the Mansoor Ijaz story shake... by tvnportal