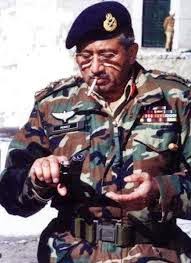 The question is actually of Civil-Military Imbalance and this is the issue which must be addressed by the Military and Civilians both, otherwise Pakistan will go around in circles.  Trying Musharraf for Treason is good but wait, did Musharraf commit treason in November 2007 by imposing emergency or did he commit treason on 12 October 1999 ? If we try Musharraf for the unconstitutional steps he took in 2007 then the ultimate question would be : How did he reach to 2007 ? Should we just forget the period from 1999 to 2007 wherein not only Musharraf but the Judiciary and other Generals were also involved with him along with several PCOs. Also, how would we define the General Elections of 2002 which were held under the military regime watch of Musharraf? And since he was the COAS from 1999 to 2007 , where would we put the legislation done between 1999 to 2007? and also, what about the 2008 Elections which were conducted by the then retired General Pervez Musharraf ? 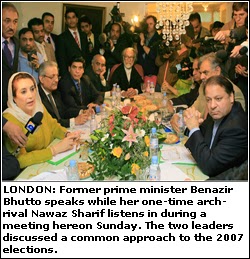 Our political parties, for the very sake of politics, pressurized the government of Mr Nawaz Sharif to hold Musharraf accountable for Treason even though the parties themselves brokered deals with Musharraf during all these years, for example NRO and the MMA Coalition government with General Pervez Musharraf between 2002 to 2007. Even during the peak of War on Terror, the religious parties were allies of the General Pervez Musharraf manufactured Pakistan Muslim League (Q) . As a nation we have very short memories, because the biggest media house in Pakistan which insisted upon trying Pervez Musharraf alone is forgetting what they used to publish in 1999 before the Martial Law and even after it, they justified Pervez Musharraf’s 12 Oct 1999 Military coup. Even Benazir Bhutto praised General Pervez Musharraf as a Professional Soldier in 1999. 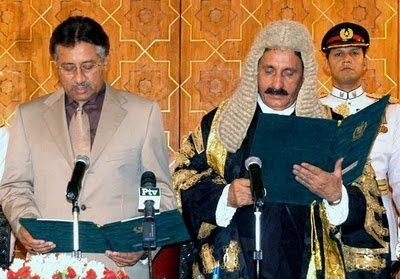 Leading Muslim League (Nawaz) leaders had been provided relief by the Military Regime of Pervez Musharraf, and that must not have been without guarantees. Above all, how can we forget the reply of Chief Justice Iftikhar Muhammad Chaudhry to the SC for the events of March 2007 wherein he also blamed the ISI Chief (without taking his name ) claiming that he insisted that the CJ resign. People joined PML (N) after they saw that Musharraf’s days are numbered. The very same people supported Musharraf throughout the period between 2002 to 2007, so much so that the leaders of PML Q who are now in PML N were brazenly supporting the alleged Military Dictator even when Musharraf resigned. They were the ones who wrongly blamed Mr Nawaz Sharif for the Kargil debacle. My humble suggestion would be to establish a Commission on Martial Law , bury this chapter once and for all, initiate a debate on Civil Military Imbalance and move on. The government is already busy on multiples fronts and if we insist on trying General Pervez Musharraf alone, there would be so much fuss that the government won’t be able to control the fallout. Reference: THE MUSHARRAF SAGA June 16, 2014 BY Aamir Mughal http://thewordtheatre.com/2014/06/16/the-musharraf-saga/