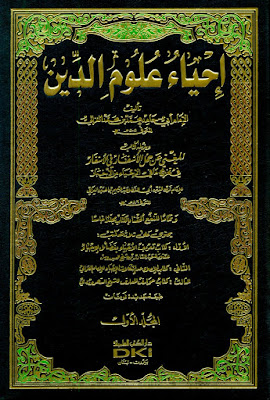 The truth is stranger than fiction. As a born again Muslim in the sufi tradition, Imran Khan is a deeply religious and superstitious type even if his antics as a notorious playboy are sometimes in conflict with that reality. This means he is susceptible to all sorts of manipulation and suggestion. For years now, his spiritual advisors have been telling him what to do and what not to do in order to become the Prime Minister of Pakistan. Bushra Manika, better known as Pinki Pirni, is the latest of these advisors. She was married to a civil servant Khawar Fareed Manika who had a bit of reputation when it came to corruption but he and his wife became devotees to the Sufi Saint Baba Farid Ganj Baksh. A couple of years ago, she is rumored to have tried to hitch up Imran Khan with her sister but that did not work out. Reham Khan, the dignified former wife of Khan who was married for precisely one year, swears by the fact that her marriage was sabotaged by Pinki Pirni. The dogged insistence by Imran Khan that he should both marry and divorce Reham on 31 October seems to lend credence to this. The story then goes, and it remains unchallenged by the Manikas, is that Pinki Pirni is said to have had a dream where the most holy personage in Islam told her that for Imran Khan to be Prime Minister, she must marry him and if she does, both Pakistan and Islam will truly prosper. Pinki Pirni then narrated this to her husband who agreed to give her a divorce for the sake of the cause of Islam in Pakistan. References: Imran Khan’s desire to seek signs to guide his life seems more like a mental illness 20 February, 2018 https://theprint.in/opinion/imran-khans-signs-to-guide-life-seems-like-mental-illness/36783/ Why progressives should support Khan NOVEMBER 6, 2011 https://dailytimes.com.pk/110965/why-progressives-should-support-khan/ Defending Imran Khan NOVEMBER 20, 2011 https://dailytimes.com.pk/110884/defending-imran-khan/ Imam Ghazali and the 2nd Amendment - Freedom of conscience cannot be denied under Islam and ijmah cannot be enforced on an individual FEBRUARY 12, 2018 https://dailytimes.com.pk/199973/imam-ghazali-2nd-amendment/ 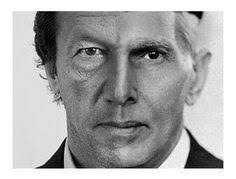 Just as he began as a cricketer, dismissed as without talent who would never bowl fast, in politics too Imran Khan was dismissed with nothing but prejudice and contempt. He took each humiliation, insult and used it as a stepping stone to that ultimate triumph that now is only a matter of time. History, dear readers, is replete with such examples of persistence and courage; Jinnah being the last example from our recent history. Reference: OP-ED Why progressives should support Khan NOVEMBER 6, 2011 (Daily Times) Not that Imran Khan needs me to defend him but the intemperate attacks on him by certain quarters leave me no choice but to attempt to set the record straight. I can assure you, dear readers, that the impression created by some writers is nothing but a warped caricature of the only person in politics who is not just incorruptible but a selfless first rate humanist, one that this country is lucky to have at this critical juncture in its fragile democratic evolution. Anyone familiar with my writings in this newspaper and other places knows that I stand for a secular liberal Pakistan as envisaged by Muhammad Ali Jinnah. I, therefore, do not quite agree with Imran Khan’s analysis of why Pakistan was created but I also understand that a debate about history is often lost in semantics. So is the case with politics. I support Imran Khan. Reference: OP-ED Defending Imran Khan NOVEMBER 20, 2011 Daily Times) 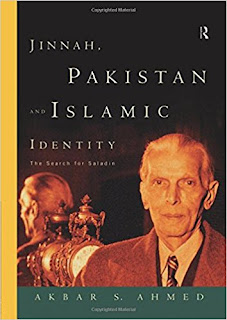 In the last years of Iqbal’s life, just before his death in 1938, there was a series of fascinating interactions between him and Jinnah. Iqbal seemed to be drawing Jinnah into his world, and Jinnah seemed to be moving inexorably towards it. There seems to have formed between them a spiritual connection that resulted in the passing of the flame from one to the other. The eight letters Iqbal wrote to Jinnah between 1936 and 1937 and Jinnah’s foreword to them help us to understand the relationship. In his foreword Jinnah calls Iqbal “the sage, philosopher and national poet of Islam,” acknowledging his role as a spiritual mentor. In a letter written on 21 June 1937, shortly before he died, Iqbal identified Jinnah as the leader Muslims had been waiting for: “You are the only Muslim in India today to whom the community has a right to look up for safe guidance through the storm which is coming to North-West India, and perhaps to the whole of India.” References: The man who shaped Jinnah’s Islam - The question of the origins of Jinnah’s Islam is not merely a theoretical one, but one with practical implications for an entire nation by Akbar Ahmed DECEMBER 30, 2017 https://dailytimes.com.pk/170055/man-shaped-jinnahs-islam/ The author has discussed Allama Iqbal's Correspondence with Jinnah in his book "Jinnah, Pakistan and Islamic Identity: The Search for Saladin" https://www.amazon.com/Jinnah-Pakistan-Islamic-Identity-Saladin/dp/0415149665
Letters Of Eqbal To Jinnah
https://ia601601.us.archive.org/15/items/in.ernet.dli.2015.71796/2015.71796.Letters-Of-Eqbal-To-Jinnah.pdf  (Foreword by Jinnah himself)  --- EXCERPT: Iqbal’s letter to Jinnah September 11, 2011 https://www.dawn.com/news/658190 Two letters from Iqbal to Jinnah (1937) http://www.columbia.edu/itc/mealac/pritchett/00islamlinks/txt_iqbal_tojinnah_1937.html

Jinnah was not Iqbal’s first choice to lead the Muslims (Published: November 17, 2016 https://blogs.tribune.com.pk/story/43059/jinnah-was-not-iqbals-first-choice-to-lead-the-muslims/ )


Mr Munib Iqbal on his grandfather Allama Iqbal and Jinnah 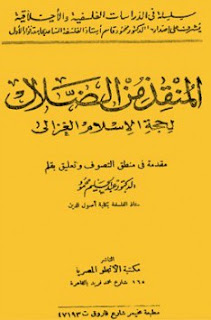 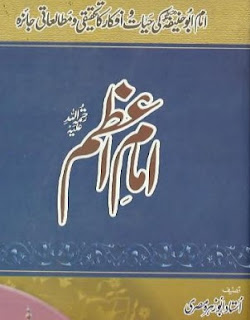 People often quote Islamic Scholars & Theologian Sufis of Classical Islamic Era to plead the case of Secularism and even if that was not enough they use those scholars e.g. Imam Ghazali and Hanafi School of thought to plead the case of the most marginalized and persecuted Ahmadi community in Pakistan and they are least bothered to at least conduct a proper enquiry into the original work of these Scholars. Imam Ghazali not only supported the Death Sentence for the Apostates but also supported the killing of Mansoor Al Hallaj for Blasphemy and that is not the end he also considered Avicenna, Farabi, Muʿtazila (Rationalists) , Qadariyah as Apostates and Death Deserving, and showered praise for Yazid bin Muawiya (References: Ihya' Ulum al-Din or Ihya'u Ulumiddin (The Revival of Religious Sciences) & Al-Munqidh Min Al-Dalal (Rescuer from Error) . Similarly Hanafi Law Declares that Apostasy is Punishable by Death and also consider Rationalists (Muʿtazila) and Qadariyah as Apostate & death deserving (Reference: Al-Fiqh Al-Akbar, a basic book on Hanafi School of Thought) and it is further mentioned here that those who suggest Abbasid's Rule and their System of Governance for the modern Muslim State , should know that Abbasid's persecuted Imam Abu Hanifa and some report suggest that Imam Abu Hanifa was poisoned by the Abbasid Caliph Al Mansoor (Reference: Biography of Abu Ḥanifa by Muhammad Abu Zahra (1898–1974) - Al-Hidayah by Burhanuddin Marghinani is an Authentic Hanafi Book according to it Apostasy is Punishable by Death (Page 40 Volume 7) - Fatawa-e-Alamgiri is an Authentic Hanafi Book of Jurisprudence & according to it Apostasy is Punishable by Death (Page 434 Volume 3) Radd al-Muhtar ala al-Dur al-Mukhtar (Muhammad Amin Ibn Abidin Ash-Shami) is a Hanafi book and according to the book, Apostasy is punishable by Death (Page 506 to 509 Volume 2) ! This is how our Liberal & Secular people are presenting the case of marginalized Ahmadi Community! What next? Imam Ibn Taymiyyah & the 2nd Amendment? 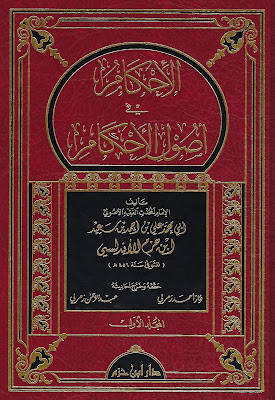 The author below (in Daily Times Column) is quoting a Quote by labeling it as a Hadith (Tradition) to plead the case of Secularism via Hanafi Fiqh to rationalize Jinnah's Confusion on Islam and Democracy. Whereas the reality of this quote is "Quote" A baseless hadith "Disagreement among my ummah is a mercy" --> " Disagreement among my ummah is a mercy " (BASELESS) The muhadditheen have tried to find an isnaad for it but have not found one, to the extent that Suyooti said in his "al-Jaami' as-Sagheer" : " Perhaps it was collected in one of the books of the huffaadh which did not reach us " ! This suggestion is very far-fetched. since it would mean that some of the sayings of the Prophet (صلّى الله عليه وسلّم) have been lost to the ummah forever, something which is not permissable for a Muslim to believe . Manaawi quoted Subki as saying : "It (i.e. the saying) is not known to the muhadditheen, and I can not find any isnaad for it, whether authentic (saheeh), weak (da'eef) or fabricated (mawdoo) " , and this was endorsed by Sheikh Zakareeyah al-Ansaari in his notes on tafseer al-Baidaawi (92-2) . Further, the meaning of this hadith is also incorrect as shown by the verifying scholars, hence Ibn Hazm says in al-Ihkam fi Usool al-Ahkam (5-64) after indicating that it is not a hadith : " This is one of the most incorrect sayings possible, since if disagreement (ikhtilaf) was a mercy, then agreement would be punishment, something which no Muslim would say, because there can be only agreement or disagreement, and there can only be mercy or punishment " . This saying also contradicts the Quraan, which has condemned ikhtilaf in many places . "Un-Quote"

On the contrary he argues that the only way a religious society — especially one with deepseated divisions such as Muslim society and one with differences of opinion- blessing according to one Hadith albeit a weak one — can remain strong is if there is a secular state presiding over it. This is what makes secularism and Sharia perfectly compatible with each other and makes the pursuit a secular state a religious imperative for all Muslim majority countries. References: A secular state is a religious imperative - Why this nervousness that the future constitution shall be in conflict with Shariat laws — Mr Jinnah FEBRUARY 9, 2018 https://dailytimes.com.pk/198180/secular-state-religious-imperative/  Imam Ghazali and the 2nd Amendment Freedom of conscience cannot be denied under Islam and ijmah cannot be enforced on an individual FEBRUARY 12, 2018  https://dailytimes.com.pk/199973/imam-ghazali-2nd-amendment/
Posted by Aamir Mughal at 11:47 AM