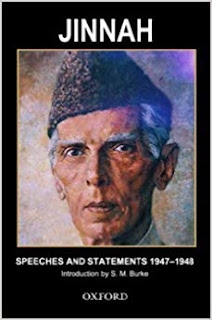 This is the Muslim predicament. The new millennium has not seen the Muslims moving closer to the modern state but revolting against it. The politicians and the people are scared of discussing the problem but they are privately absorbing the debate. The private channels have done a few good things and a few bad ones, always following the market. They have downgraded religion to a mantra by following the istikhara market, but they have also begun discussing religion and its relationship with the state seriously. Is Pakistan being affected by this discourse? Not yet. Significantly, the politicians are staying away from the debate. GEO (January 1, 2006) discussed Islam and the state in Fifty Minutes, Dr Mubarak Ali said that religion did not mix well with the state. He said talk of ijtihad was meaningless because there was no guarantee that any Muslims would accept it. He said every time someone did ijtihad it gave birth to a new sect. He said the two-nation doctrine was no longer valid in Pakistan. The concept of ummah was equally irrelevant. He said if the Muslims wanted to get together they should create a bloc of states but not based on religion. Religion must remain in the private domain. The nation-state was the reality in our times. It was no longer possible to discriminate against the non-Muslims on the excuse of Islam. He said before 1947 ideology had no reference in what was later called the Pakistan Movement. REFERENCE: SECOND OPINION: Who is listening to the ‘new debate’?— Khaled Ahmed’s TV Review - Daily Times, January 21, 2006 New Debate in Pakistan: Religion and State? Hassan Abbas TUESDAY, FEBRUARY 21, 2006 http://watandost.blogspot.com/2006/02/new-debate-in-pakistan-religion-and.html SECOND OPINION: Who is listening to the ‘new debate’?—Khaled Ahmed’s TV Review Tuesday, February 21, 2006 http://www.dailytimes.com.pk/default.asp?page=2006\02\21\story_21-2-2006_pg3_3 Jinnah: Speeches and statements 1947-1948 by Mahomed Ali Jinnah (Compiled by Samuel M. Burke) https://www.amazon.com/Jinnah-Statements-1947-1948-Mahomed-Ali/dp/0195790219

How to build Pakistan’s soft image? And why it is necessary? With Rai Saquib Kharal in Lahore ‏⁦‬⁩