Demise of Common Sense in Pakistan! 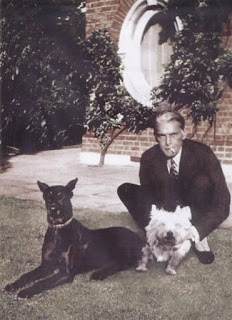 Dear Pakistani Muslim brethren (and sisterren who became breteren), our armed forces have been fighting a war on two fronts. One is against corrupt civilian politicians, who want us to submit our sovereignty to Christian/Jew/McDonalds America and Hindu India, and one against uncircumcised Hindu/Christian/Atheist /Jain men posing to be Muslim warriors. In this day and age of utter chaos and confusion in our Islamic republic, it is the duty of patriotic Pakistanis to continue informing their young compatriots as to why this country was formed. There is so much these days out there in the electronic media and the cyber world about Pakistan, but unfortunately a lot of it is squarely aimed at confusing our young generations and making them rebel against their land’s ideology. Dear compatriots, I must remind you that Pakistan came into being, first and foremost, to challenge the hegemony of the West, especially the United States. To quote our great leader, Muhammad Ali Jinnah: ‘You are free to go to your mosques or some else’s mosques but only to a mosque in this Islamic republic. Religion is the business of the state and the business is gooood!’ It was such thoughts that made our great leader so unpopular with the Americans and Hindu India. Though many history books tell us that Jinnah had TB and died from this dreaded disease, the truth is far more tragic. He was murdered. REFERENCE: Freedom from darkness BY NADEEM F. PARACHA ON JUNE 3RD, 2011 Nadeem F. Paracha is a cultural critic and senior columnist for Dawn Newspaper and Dawn.com. http://www.dawn.com/2011/06/03/freedom-from-darkness.html
Zaid Hamid on Dawn News Show +92 ID - Conspiracy Theorists Part 1 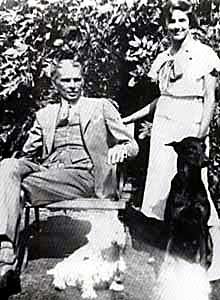 He was given slow poison by Lee Harvey Oswald who was sent by the CIA and was masquerading as a British doctor. He is the same guy who was later accused of shooting American President John F. Kennedy. CIA agents in the then Pakistani government hid this fact from the people and forced Prime Minister Liaquat Ali Khan to join the US camp. I have been privy to certain documents that include some pages from Liaquat Ali Khan’s diary. This is what he wrote after Jinnah’s death: ‘Today the beloved Islamic republic has lost a great modern day caliph due to the conspiracies of the Christian west. And now some of their agents in the Pakistani bureaucracy are asking me to make fraaaandship with the US. But I am not going to make fraaaandship with America. I will expose the agents. I will save the Islamic republic. But first I will go to mosque.’ We all know what happened to Liaquat Ali Khan Sahib. He was murdered at a rally in Rawalpindi. So now you know why he was killed. CIA agents in Pakistan claimed that he was killed by a demented Pushtun who in turn was killed on the spot by the police. This is true, but what is not known is the fact that Liaquat’s killer was not a Pushtun but a Caucasian American posing as a disgruntled Pushtun. Only the Pakistan army and some religious parties knew such truths, but they were throttled by the CIA agents in the bureaucracy and parliament, until Field Marshal Ayub Khan toppled the government and imposed Martial Law in 1958. Dear readers, I am sure you have been told how it was Ayub Khan who took Pakistan further into the US camp. This is unfortunate because it is a blatant lie. The truth is it was his foreign minister, Zulfikar Ali Bhutto, who was the real architect of US-Pakistan relations. He worked on Ayub’s back, keeping Ayub in the dark, sometimes quite literally, saying Pakistan was facing electricity crises for which it needed American aid. I have with me pages from Ayub’s book, ‘Friends, Not Masters,’ that were not allowed to go into final print by Bhutto. I shall reproduce a paragraph from one such censored page. REFERENCE: Freedom from darkness BY NADEEM F. PARACHA ON JUNE 3RD, 2011 Nadeem F. Paracha is a cultural critic and senior columnist for Dawn Newspaper and Dawn.com. http://www.dawn.com/2011/06/03/freedom-from-darkness.html
The Idea of Pakistan - Prof Mehdi Hasan (1-2)

‘For hours my office did not have any light. I called a minister and told him I am sitting in an office in the dark, I mean I am the president! The minister told me that my foreign minister, Z A. Bhutto, was on a state visit to the US for this very reason. I was floored. No one told me Bhutto had gone to Christen America. So when he came back I called him in my still darkened room and asked for an explanation. He stumbled and fell over a chair and said that had we been America’s friend, this room would have had light. I was furious. I told him how can we make fraaanship with Christian America! I told him we should make fraaaandship only with other Islamic countries. Like China.’ Throughout Ayub’s benevolent rule, he was kept in the dark by Bhutto, who then betrayed Ayub at the peak of the 1965 war against Hindu India. It was Ayub who wanted to keep the war going and liberate Kashmir. In fact according to insiders, Ayub also wanted to liberate West Bengal by invading Calcutta from East Pakistan. But Bhutto played a double game and convinced Ayub to sue for peace with Hindu India. However, once that was done, Bhutto left the government and began accusing Ayub of losing a won war on the negotiating table. PPP dissident leader, Naheed Khan, showed me a page from a diary Bhutto kept but on which he only wrote with invisible ink. Naheed showed me how by cursing Asif Ali Zardari the invisible ink becomes readable. This may sound strange, but it’s true. She proved it to me while showing me a page from the diary, written by Bhutto the day he convinced Ayub to end the war with Hindu India. This is what he wrote:
‘I don’t believe it. He actually fell for it. LOL!’
Dear compatriots, we all know what happened next. CIA agents were back in business after Ayub’s fall. Bhutto took over as president and then prime minister and sustained a six-year attack on Islam and on those who wanted to challenge America and Hindu India. What’s more, Bhutto also humiliated our armed forces by misleading them in the 1971 war against Hindu India. After keeping Yayah Khan in the dark as well, he sent the army to East Pakistan saying that it was West Bengal. He told the army to loot, plunder and rape Hindus of West Bengal. Yes, dear compatriots, our army jawans were mislead into believing that Dhaka was Calcutta. They were just simple men. Had the army not toppled Bhutto’s regime in 1977, Pakistan would have become a part of the Christian/Jew American Empire. There is so much negative propaganda against Ziaul Haq today. The truth is he was a humble and pious mustachioed man who simply defended Pakistan’s status as the last great bastion of Islam. After hanging Bhutto, he had a meeting with the then young Hamid Gul and told him: ‘I am a humble and pious mustachioed man who has simply defended Pakistan’s status as the last great Playstation ® of Islam.’ Gul is said to have shed tears of joy after hearing this and is believed to have gone out and single handedly flogged over a hundred PPP activists in public. It is a misconception that Zia Sahib entered the Afghan Civil War against the atheist Soviet Union on the behest of Christian America. Gul told me that Zia and his generals along with the great Jamat-i-islami at once drew an elaborate plan to construct a world caliphate by going to war against Soviet Union. This, they rightly felt would draw the anti-Soviet US into the war. After defeating the Soviets with American help, Zia planned to turn his guns on Christian America and defeat them too. For this Zia began preparing future jihad armies, yes, the same ones whom we now so unfortunately call extremists and terrorists.REFERENCE: Freedom from darkness BY NADEEM F. PARACHA ON JUNE 3RD, 2011 Nadeem F. Paracha is a cultural critic and senior columnist for Dawn Newspaper and Dawn.com. http://www.dawn.com/2011/06/03/freedom-from-darkness.html
Mullahs Calling Kafir to others - Samaa TV Discussion 1-2


Mullahs Calling Kafir to others - Samaa TV Discussion 2-2
URL: http://www.youtube.com/watch?v=YjXEat3XGFk
Zia turned Pakistan into a pious and mustachioed Playstation ® of Islam where everybody was a Muslim and a man (mashallah, even the women became men as well), and were free to go the mosque and only to the mosque, he defeated the Soviet Union. But, alas, just as he was about to activate the second part of his elaborate and ingenious plan by starting a war against Christian/Jew/Pornographic America, a traitor broke wind. That’s how America got wind of this plan and unleashed their agent, Benazir Bhutto. It was her husband, Asif Ali Zardari, who worked closely with the CIA in drawing out a diabolic plan to assassinate Zia. Just before Zia set off on that fateful plane journey he told Gul: ‘I am a simple and pious mustachioed man who just wants to become a simple and pious mustachioed caliph. But yesterday when I said this to some of my generals, one of them broke wind. I asked him about it and he said it was just a case of gas, but now I believe his breaking of wind was some kind of a coded message to my enemies.’ Gul started shedding tears of anger and is said to have ran out in slow-motion and single-handedly created the anti-Bhutto alliance, the Islami Jamhoori Itehad (IJI). With the tragic assassination of Zia, Pakistan’s dream of becoming the leader of an international caliphate was wiped out and we again became slaves of the Christian America. The US and its agents in the Pakistani media are winning the propaganda war in which they are portraying liberation fighters like Taliban and al Qaeda as terrorists, when the truth is, it is these simple, pious bearded men and women who have become men are our best strategic assets to one day help us liberate Afghanistan, Kashmir, Chechnya, Bosnia, Iraq, Lebanon and most of all, Papua New Guinea. They are the noble seeds with which Pakistan will truly become the greatest Playstation ® and Nintendo ® of jihad, hijab, halal chips and nonalcoholic perfume. Keep your eyes and ears open. Give your tax money to the army and don’t believe that liberal atheistic hype about putting more money into building schools, hospitals, factories, roads and all. Mosques are all we need, because we are free to go to them. REFERENCE: Freedom from darkness BY NADEEM F. PARACHA ON JUNE 3RD, 2011 Nadeem F. Paracha is a cultural critic and senior columnist for Dawn Newspaper and Dawn.com. http://www.dawn.com/2011/06/03/freedom-from-darkness.html
Posted by Aamir Mughal at 4:53 AM