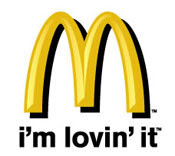 Pakistan’s most recent sensation is a young law student by the name of Zohair Toru, an enthusiastic, but somewhat muddled follower of Imran Khan, who had the good fortune, last Friday in Islamabad, to be interviewed by a television channel while protesting the release of Raymond Davis. Fashionably coiffed with a semi-beehive hairdo, reminiscent of the lead singers of The B-52s, the main thrust of Mr Toru’s complaint was that as somebody trying to improve Pakistani society, he didn’t deserve to be pushed around by the police. Or as he plaintively wailed, “Police humai maray gi to inquilaab kaisey aye ga?” In the cosy little world of Pakistan’s intellectual vanguard (also known as the 50 people who talk to each other on Twitter), Mr Toru’s complaints have been much derided. His original interview has been widely circulated as has indeed his second interview in which the anchor told him, “Beta, cameray mein dekho. Achay lagtay ho; hero marka.” The gist of the chatter is that Mr Toru is a vapid, empty-headed, mummy-daddy type who doesn’t realise that life is hard, that revolution is harder, that power flows from the barrel of a gun and that burger-babies like him should concentrate on their hairstyles and leave the heavy lifting to people who have read their Gramsci. With all due respect to the beret-wearing poli-sci types, I think there is more to the story. Yes, Mr Toru is fantastically ignorant. Yes, he is deeply innocent of the realities of power. And yes, any revolution is going to be a long time a coming if it is dependent on people like him. But there are things to celebrate about this narrative as well. First, let us first celebrate the fact that well-meaning, English-medium burger babies have been so roused from the depths of their traditional apathy that they are actually taking to the streets. Given the attention paid by Mr Toru to his personal appearance, not to mention his general unfamiliarity with the Urdu language, it does not seem as if he is part of the starving masses of Pakistan. In fact, given his age and general appearance, one could be forgiven for assuming that Mr Toru is more likely to be found sprawled on a couch with a PS3 controller in his hands than protesting on the streets. If Imran Khan has succeeded in penetrating the adamantine shell of apathy and indifference, which normally shields the wealthier individuals in this country, then more power to him. I don’t agree with much of what the PTI has to say — for example, their decision to join a great left-of-centre coalition while simultaneously spewing semi-jihadist rubbish — but, in this particular regard, the great Khan is entitled to take a bow. Bravo, sir. REFERENCE: The mummy-daddy, burger-baby revolutionaries By Feisal H Naqvi Published: March 24, 2011 http://tribune.com.pk/story/137093/the-mummy-daddy-burger-baby-revolutionaries/ Imran Khan’s band of merry men May 24, 2011 http://blogs.tribune.com.pk/story/6052/imran-khans-band-of-merry-men/ 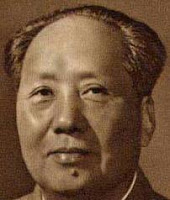 “A revolution is not a dinner party, or writing an essay, or painting a picture, or doing embroidery; it cannot be so refined, so leisurely and gentle, so temperate, kind, courteous, restrained and magnanimous. A revolution is an insurrection, an act of violence by which one class overthrows another.” REFERENCE: Modern History Sourcebook: Mao Zedong (1893-1976): Report on an Investigation of the Peasant Movement in Hunan, March 1927 http://www.fordham.edu/halsall/mod/1927mao.html 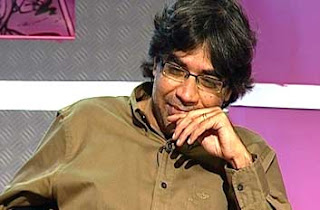 IT was quite a sight watching Laal ( a `revolutionary pop band`), being scrutinised by some three dozen young men and women on a TV channel this year on Pakistan Day. The band is being aggressively promoted by the said TV channel — a channel which ever since the start of the Lawyers Movement in late 2007, has sprinkled itself with revolutionary confetti, cleverly treating the concept of revolution as a highly saleable software in times of socio-economic and political crises. Of course, never is this revolution clearly defined. Instead it usually stumbles out from our TV screens as a cathartic (but highly convoluted) concoction of liberal democracy, socialism, nationalism, patriotism and religion. Since the programme featuring Laal was live, the channel seems to have been caught unawares, believing in its own assumption that the middle-class urban youth of Pakistan too are a reflection of what the channel has been dishing out in the name radicalism and reform. Laal mean well though, and I particularly want to single out their lead vocalist, Shahram Azhar, who seems to be a genuine, sensitive talent. However, thanks to the purely media-constructed notions of the current `revolutionary` zeitgeist in the nation`s youth, I`m sure the band too were taken aback by the reception they got on that show. Not that they were jeered — far from it, because their unplugged performance was rather marvellous — but the questions that they were asked by the audience betrayed what the electronic media has been spouting regarding middle-class youth in Pakistan. It is a devastating case of naivety to believe (or worse, propagate), that middle-class Pakistani youth have rediscovered the revolutionary, democratic and progressive spirit that it demonstrated from the 1950s till about the mid-1980s. The truth is, this spirit, if it really has made some sort of a comeback, seems to be confined to assorted fringe clusters, but they are noticed because to most TV channels they are saleable images. REFERENCE: Revolutionary confetti by Nadeem F. Paracha March 29, 2009 http://archives.dawn.com/archives/142121
Reporter - Is there any room for revolution in Pakistan?- Ep 117 - Part 1


But then these days anything is saleable if it is continuously bombarded in the mainstream media, from pop bands to whole movements. The question is, are these clusters capable of altering minds and opinions? No is the answer if their propagated ideas are secular, especially in the political context. But yes would be the reply if the offered ideas in anyway are associated with religion. That said the 23rd March show was a stark reminder of the above notion. The bulk of the young audience didn`t seem all that impressed by Laal`s `Marxist leanings`, and many of them actually suggested that good old fashioned inscrutable mantra and rhetoric of following the holy scripture. The point is, the fringe clusters who were proudly exhibited by many TV channels during the two-year-long Lawyers Movement — passionately spouting slogans, songs and speeches about democracy, justice, free media and revolution — I`m afraid they do not mirror the spirit of today`s middle-class Pakistani youth. I mean, coming back to that Pakistan Day show, it was naÃ¯ve of the channel to believe that the audience on that show will wholeheartedly consume and appreciate Laal`s nostalgic penchant for harking back to a past dotted by such fantastic protest poets like Habib Jalib and Faiz Ahmed Faiz. How can you expect this generation to give a hoot about Marxism, Jalib, liberalism and progressive notions of art and politics, when much of their ideas of political, economic and religious history come from hate-mongers, paranoid conspiracy theorists and at times, outright frauds, whom they see every single day on one channel or the other posing as televangelists and `security experts`? Most of these kids have little or no idea about who Jalib or Faiz or Marx or Lincoln or Kennedy were. They don`t want to hark back to that; instead, they`d rather hark back to that `glorious age of faith` which, in actuality, is a cleverly implanted memory in the minds of us Muslims. Why Marx, why Laal (red), why music? The questions kept coming from the audience. REFERENCE: Revolutionary confetti by Nadeem F. Paracha March 29, 2009 http://archives.dawn.com/archives/142121
Reporter - Is there any room for revolution in Pakistan?- Ep 117 - Part 4


They just couldn`t intellectually comprehend a group of `protesters` who (1) weren`t emotionally combusting about PPP, MQM and Lal Masjid like Imran Khan; or (2) spouting out loud long nothings like talk-show hosts, or (3) weren`t implicating the Jews, RAW, Americans and malevolent jinns in the political and economic crimes against Pakistan, the self-claimed bastion of Islam. How can they, when most young men and women today are getting their political and historical answers from religious and political cranks! It is a flawed assumption on part of the electronic media to think that today`s young people will be able to grasp the more liberal and progressive notions of protest. Because on the other side of the coin are these very channels who have already captured (and arrested) this generation`s intellect with irresponsible televangelism and political programming. Jalib is nothing but a ghostly caricature to most young people today. They`d rather debate and look out for the dreadful al-dajjal. REFERENCE: Revolutionary confetti by Nadeem F. Paracha March 29, 2009 http://archives.dawn.com/archives/142121
Posted by Aamir Mughal at 7:08 PM

I dis agree with this Article because Imran Khan is the voice of Youth and you better know the power of youth,it can bring the Revolution.