Misuse of Blasphemy Law for Murder. 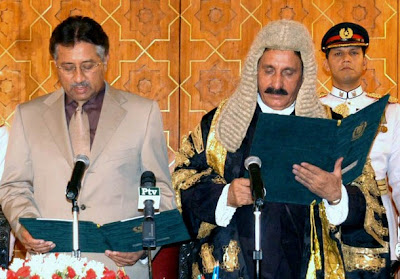 ISLAMABAD: Pakistani judges are often pressured to convict people accused under the country’s blasphemy laws that call for the death penalty for anyone insulting Islam, a special UN representative said Tuesday. Gabriela Knaul, the UN’s Special Rapporteur on the independence of judges and lawyers, told a news conference that lawyers are also reluctant to defend clients accused under the blasphemy laws because of intimidation. Pakistan’s blasphemy laws call for the death penalty for anyone insulting Islam, its holy book or the Prophet Muhammad. Pakistani Christians live in fear of being arrested under the laws, which critics say are often misused to settle personal scores or family feuds. ”I am especially concerned regarding cases brought under the so-called blasphemy law as it was reported to me that judges have been coerced to decide against the accused even without supporting evidence,” Knaul said. ”They are afraid of reprisals by local communities because of their interpretation of the law,” she added. Lawyers who represent people accused in such cases are often targeted and not able to properly represent their clients, she said. Last year, two prominent Pakistani political figures who spoke out against the blasphemy laws were killed in attacks that raised concerns about the rise of religious extremism in Pakistan. Liberal politician Salman Taseer was shot and killed by one of his own guards in January 2011, and in March 2011, militants gunned down Shahbaz Bhatti, the only Christian in Pakistan’s government. Knaul made the comments as she was wrapping up an 11-day trip to Pakistan looking at the country’s judicial system. She praised Pakistan’s progress since the end of the military dictatorship that once ruled the country but pointed out a number of areas for progress. Knaul said she was concerned about working conditions for many lower-level courts, which often operate without electricity, water or proper sanitation. The United Nations official pointed out the lack of women in the Pakistani Supreme Court, and the threats of violence often faced by lawyers across the country. REFERENCE: Pakistan judges pressured to use blasphemy law: UN http://dawn.com/2012/05/29/pakistan-judges-pressured-to-use-blasphemy-law-un/
Pakistani Christian Asia Bibi faces death (blasphemy_ 5_51) CNN 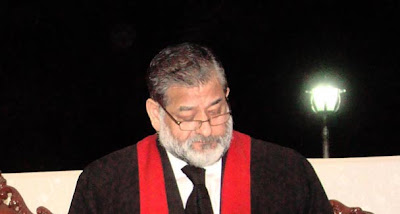 The UN special rapporteur urged the government to apply jurisdiction of highest courts enshrined in the Constitution to the whole of Pakistan since many could be deprived of their constitutional rights. She avoided elaborating her observation when asked, but said she believed that “a uniform legal system enshrined in the Constitution is necessary in order to avoid ambiguities and discrepancies in the administration of justice”. In the preliminary report, Ms Knaul said that the recognition of another superior higher court, the Federal Shariat Court, in the Constitution has created an ambiguity. “The existence of two superior courts in the Constitution is problematic and leaves space for interpretations which might be contradicting,” she believed. The UN special rapporteur expressed concern over cases brought under blasphemy law for which she used the term ‘so-called’ and explained that judges had been coerced to decide against the accused even without supporting; as for the lawyers, in addition to their reluctance to take up such cases, they were targeted and forced not to represent their clients properly. In addition, judges, prosecutors and lawyers working on cases related to terrorist acts and organised crime were also often the target of serious threats and attacks from various actors, including non-state actors, she said. As part of her mission, the UN special rapporteur paid attention to the integration of a gender perspective and women’s rights in the justice system, and expressed concern that there were currently no women sitting on the Supreme Court and only two women in the high courts. Ms Knaul said that she was further struck by reports of existing laws, such as the blasphemy law, being misused to target women and strip them off of their fundamental rights. Many stages of the justice system, starting with filing a case with the police, to accessing lawyers and appearing and testifying before courts, were gender-biased, and therefore impeded the full functioning of justice for women, she said. She expressed deep concern over the poor quality of investigations carried out by police service. REFERENCE: UN rapporteur calls for clear criteria for suo motu action http://dawn.com/2012/05/30/un-rapporteur-calls-for-clear-criteria-for-suo-motu-action/ 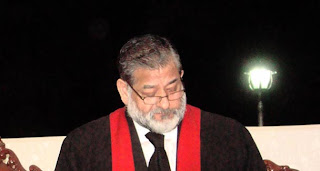 ISLAMABAD: A reported statement by Lahore High Court Chief Justice (CJ) Khawaja Muhammad Sharif that the Hindu community was funding terrorism in Pakistan, irked members of the National Assembly, as many of whom joined minority members and walked out in protest. The lawmakers also demanded Chief Justice of Pakistan Iftikhar Muhammad Chaudhry take suo motu notice of the CJ’s remarks. Ramesh Lal, a minority lawmaker from the Pakistan People’s Party, raised the issue on a point of order and censured the CJ’s remarks, saying the Hindu community in Pakistan was as patriotic as the rest of the country and the remarks were highly uncalled for. Lal announced a token walkout and was joined by a few other members belonging to different parties, including the Awami National Party. He said the remarks hurt the over three million Hindus in Pakistan, adding the statement was against national unity. Labour and Manpower Minister Khursheed Shah tried to defend the CJ, saying he could not have made such a statement and might have referred to India and not the Hindu community. staff report REFERENCE: LHC CJ’s remarks irk NA members Wednesday, March 17, 2010 http://dailytimes.com.pk/default.asp?page=2010%5C03%5C17%5Cstory_17-3-2010_pg7_6

BARELY days after the Punjab chief minister was caught playing to the Taliban gallery, another high official from the province is in the spotlight for all the wrong reasons. This time, Lahore High Court Chief Justice Khawaja Mohammad Sharif has sparked outrage for reportedly saying that Hindus were responsible for financing acts of terrorism in Pakistan. The remarks came while the judge was hearing two identical petitions against the possible extradition of Afghan Taliban suspects. It may well have been a slip of the tongue by Mr Sharif, who might have mistakenly said `Hindu` instead of `India` — nevertheless it was a tasteless remark to say the least. Although such remarks warrant criticism what makes them worse is the position of the person who makes them. These sort of comments are the last thing one expects to hear from a judge, that too the chief justice of a provincial high court. What sort of message are we sending to our minorities, as well as to the world, when the holder of such a respected public office makes comments that come across as thoughtless? The Hindu members of the National Assembly walked out of the house on Tuesday to protest the remarks. The members said the comments had hurt the feelings of Pakistani Hindus — and there is no doubt that they had. As it is, Pakistan scores quite poorly when it comes to treating minorities fairly. Remarks such as these put our already marginalised minorities in an even tougher spot, as the patriotic credentials of non-Muslims living in this country are put into question. Though foreign elements may be involved in terrorist activities within Pakistan, maligning a whole community based on its faith is totally unacceptable. Before making such tactless remarks, our public figures should consider how much they dislike it when others equate Muslims with terrorism. A member of the National Assembly quite correctly advised our judges to concentrate on the dispensation of justice in Tuesday`s session. In the meantime, one hopes that Justice Sharif explains his comments. REFERENCE:Tactless remarks Dawn Editorial Thursday, 18 Mar, 2010  http://archives.dawn.com/archives/32510

ISLAMABAD, March 16: It was a rare, judge’s turn to be judged in the National Assembly on Tuesday as Hindu members staged a walkout to protest at reported remarks by the Lahore High Court (LHC) chief justice alleging Hindu financing of terror attacks in the country. Some members of the Awami National Party too joined the first walkout against the judiciary in Pakistan’s parliament before the protesters were brought back to hear words of sympathy for the injured sentiments and some advice for judges to focus on delivering justice rather than publicity despite a government minister’s statement that the remark by Justice Khawaja Mohammad Sharif while hearing a case in Lahore on Thursday seemed to be “a slip of the tongue”. The protest was the second raised in the house over press reports in as many days after sharp criticism of Punjab Chief Minister Shahbaz Sharif over his appeal to Taliban in a speech to a seminar in Lahore on Sunday to spare his province terror attacks because of some shared views with his PML-N party. PPP’s Hindu member Romesh Lal, who raised the issue, said sentiments of an estimated four million Pakistani Hindus had been injured by the LHC chief justice’s remarks, as reported in a section of the press, that while terrorist bomb blasts were being carried out by Muslims, “money used for this came from Hindus”. The member said if a country was suspected of sponsoring such attacks it should be named, but blame should not be put on just Hindus who, he said, were as good patriots as other Pakistanis. While drawing attention of President Asif Ali Zardari and Prime Minister Yousuf Raza Gilani to what he called worry caused to Hindus, he appealed to Supreme Court Chief Justice Iftikhar Mohammad Chaudhry to take suo motu notice of Justice Sharif’s remarks. As Inter-Provincial Coordination Minister Pir Aftab Shah Jilani and some other members of the ruling PPP went out of the chamber to persuade the protesters to return, party chief whip and Labour and Manpower Minister Khurshid Ahmed Shah told the house the judge seemed to be blaming India for financing the Taliban rather Hindus, adding he was sure a clarification would come “by tomorrow”. PML-N’s Rashid Akbar Niwani said judges should devote to dispensation of justice instead of seeking publicity as he also advised the media to exercise “restraint”, particularly blasting unspecified television anchorpersons who, he said, should also be held accountable for their earnings together with “heads of (government) institutions” as often-maligned elected politicians. REFERENCE: A judge is judged in NA, with walkout By Raja Asghar Wednesday, 17 Mar, 2010 http://archives.dawn.com/archives/44079 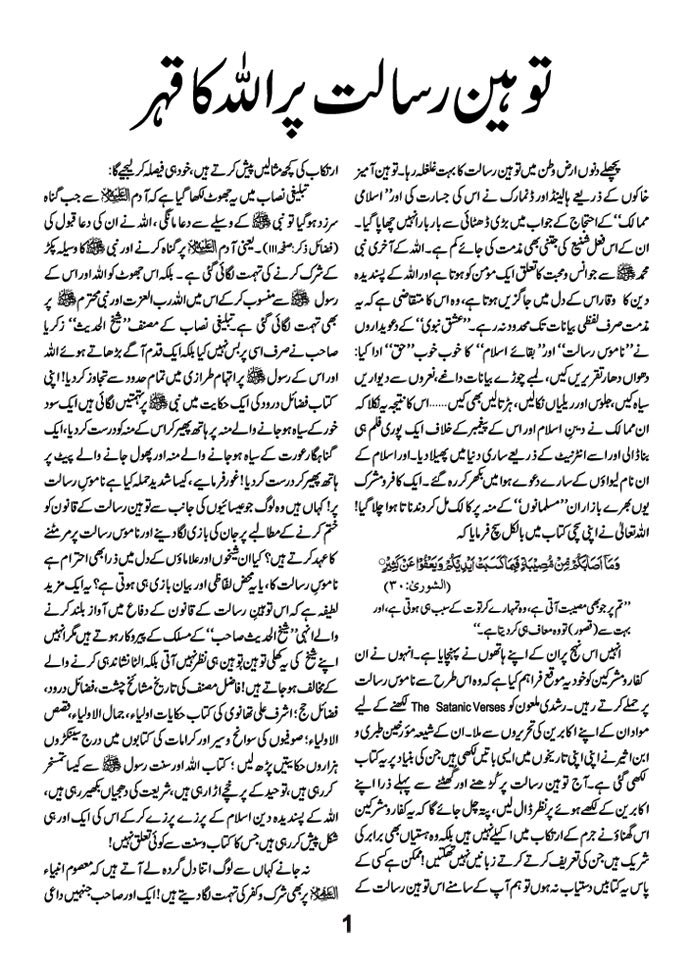 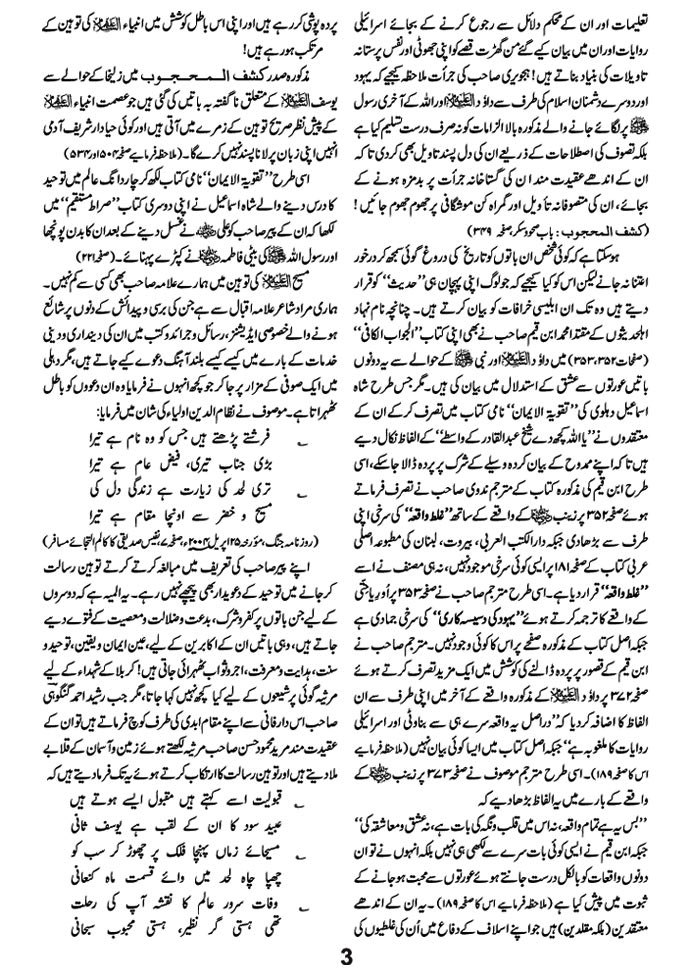 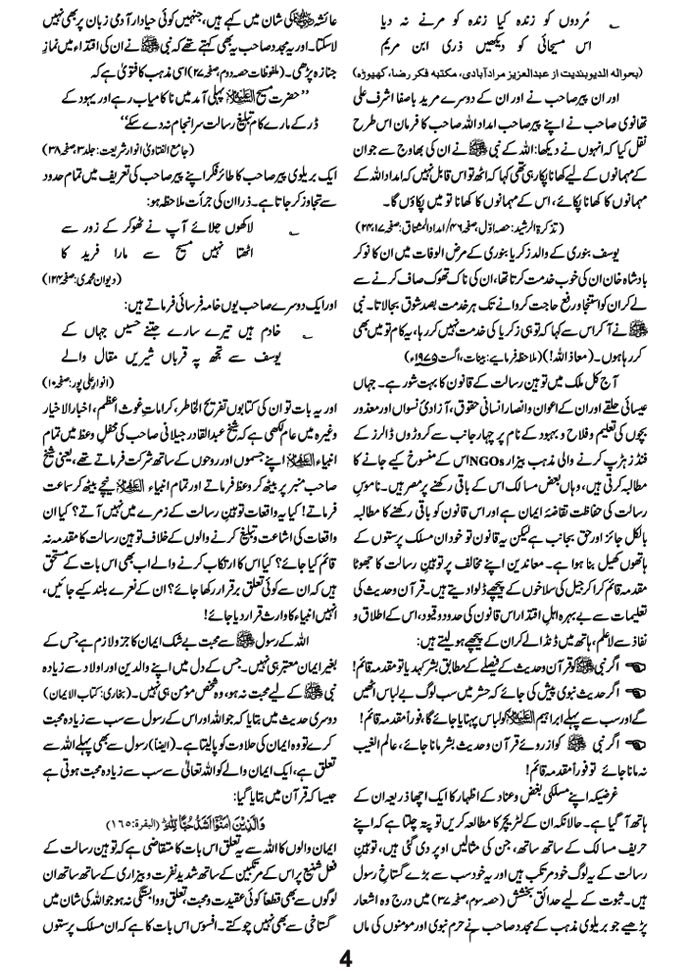 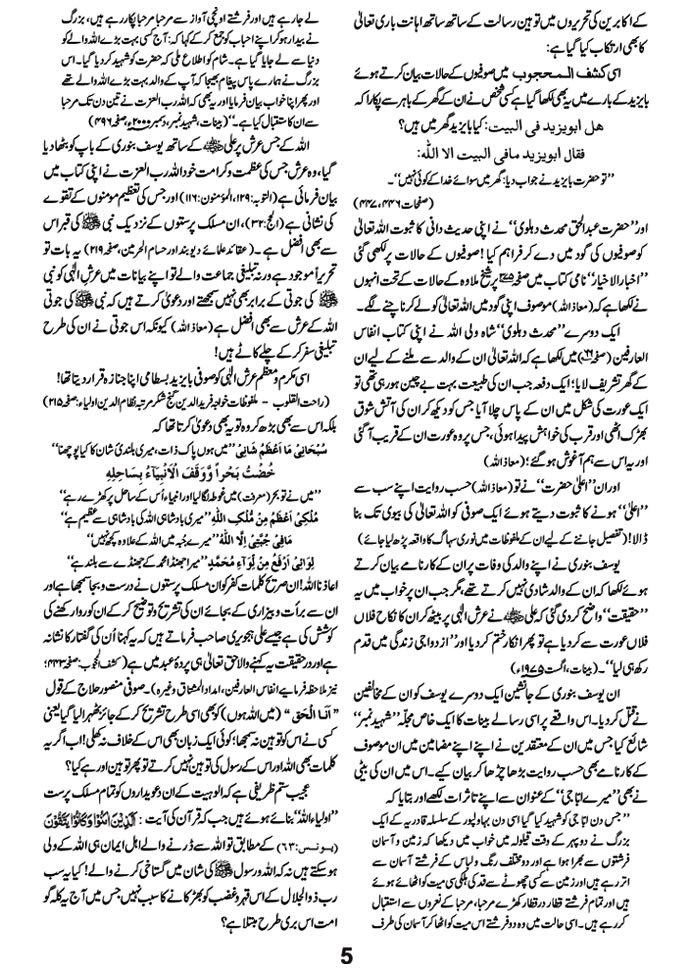