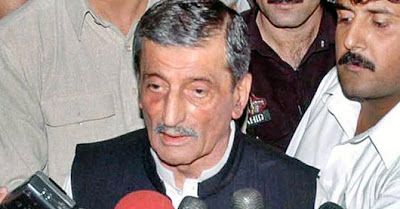 PESHAWAR: A Pakistani federal minister has announced a bounty of $100,000 on the maker of the American film “Innocence of Muslims” disrespecting the Holy Prophet (PBUH), DawnNews reported. Speaking here at a press conference on Saturday, the Federal Minister for Railways Ghulam Ahmed Bilour said that he was aware that it was a crime to instigate the people for murder, but he was ready to commit the crime. He added that there was no way to instill fear among blasphemers other than taking this step. The minister also called on members of the Taliban and al Qaeda for their support, saying that if members of the banned militant organisations kill the maker of the blasphemous movie, they will also be rewarded. The low-budget film titled ‘Innocence of Muslims’ has sparked fury and rage across the much of the Muslim world, including Pakistan. At least 23 people were killed and over 200 injured across the country on Friday — a day designated by the government to demonstrate love for the Holy Prophet (PBUH) and condemn the anti-Islam video. REFERENCE: Pakistan minister announces $100,000 bounty on anti-Islam film maker http://dawn.com/2012/09/22/pakistan-minister-announces-100000-bounty-on-anti-islam-film-maker/ 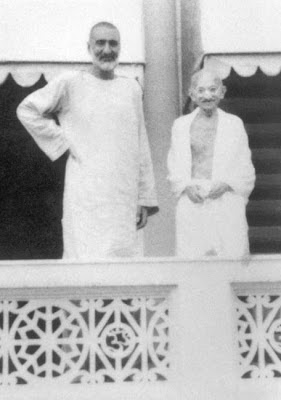 1999 The Case of Samia Sarwar : There have been several reported cases of fathers bringing charges of zina against their daughters for marrying of their own accord. In one such case a woman, Sher Bano had eloped with a man who she had willfully married and was apprehended and arrested under the Zina Ordinance. On August 6, 1997 she was shot dead by her brother as she emerged from the court room in Peshawar (AI 15). In this way the Hudood Ordinance reinforces the practice of honor killing by legally formalizing the social control of women and their status as bearers of honor. One of the most widely publicized recent cases was that of Samia Sarwar (also referred to as Samia Imran). Samia Sarwar married her cousin in 1989 in Peshawar. During the time of her marriage she was subjected to years of severe physical abuse at the hands of her husband. In April of 1995, she returned to her family's home to escape her abusive husband because he had thrown her down the stairs while she was pregnant with her second child. Though she was allowed to live with her parents, they would not allow her to get a divorce. When Sarwar expressed her 38 intention to get a divorce, her parents threatened to kill her. Hina Jilani, SaIWar's lawyer said, "Samia was a frightened, unhappy woman who felt very alone in a predicament that she couldn't deal with confidently." On March 26, 1999, Samia took the opportunity of her parents' absence for a pilgrimage to Mecca to flee to Lahore and seek help at the AGHS (a law firm that works on won1en's issues) and refuge in the AGHS-run shelter, Dastak. Because her life had been threatened, Sarwar refused to meet with any of her male relatives. However, because she needed her marriage papers in order to get a divorce, Sarwar agreed to meet with her mother. Their meeting was set for April 6, 1999, in the office ofHina Jilani. Samia's mother came accompanied by her uncle Yunus Sarwar and a driver, Habibur Rehman. When Jilani asked the men to leave the room, Samia'a mother said that she needed the driver's help in order to walk. At that point Habibur Rehman pulled out a gun and shot Samia in the head, killing her instantly. Jilani was also fired at, but the bullet missed. Shortly after Samia was killed, the gun-man, Rehman was shot as a result of his having threatened a security guard. Yunus Sarwar who was waiting in the antechamber, took hold of the AGHS paralegal Shahtaj Qisalbash and escaped with Samia's mother. Qisalbash was taken with them and she claims to have heard the father ask the two if"the job was done." Qisalbash was released unharmed (AI 20)(HRW Summary). Though this crime was committed in full public view with several witnesses, nothing has been done to prosecute Sarwar's family. On April 20, police officers went to Sarwar's village to issue warrants for the family's arrest, but they were "shooed away" according to human rights organizations. Several reports were filed thereafter. The media reported that the response in NWFP oveIWhelmingly sided with the murderers. This attitude also surfaced in the Pakistani Senate. When Pakistan People's Party Senator Iqbal Haider presented a resolution condemning the killing, Senator Ilyas Bilour said in reference to Asma Jahangir and Hina Jilani: "'We have 39 fought for human rights and civil liberties all our lives but wonder what sort of human rights are being claimed by these girls in jeans "'(AI 21). This exhibits the complete disregard for women's rights even at the most superficial level of rhetoric by some Pakistani political leaders. The fact that a cold-blooded murder was argued in such a fashion, even when there was such wide international media coverage, speaks to the absence of any public support for women in Pakistan. The Sarhad Chamber of Commerce of which Samia's father was the president issued a statement on April 8 and 9, demanding that Jahangir and Jilani be dealt with in accordance with "tribal and Islamic law" and be arrested for "misleading women in Pakistan and contributing to the country's bad image abroad." Severalfatwas Xi were also issued against both activists with reward money stipulated for their murderers. Finally, in April of 1999 Jahangir issued a First Information Report (FIR) with the police against 16 people for threatening the lives of her and her sister. She also called on the government to investigate over 300 cases of honor killings reported in 1998. At the time of Amnesty's report, the state had taken no action (AI 21). The case ofSamia Sarwar is one of many such cases reported in the last year. I have focused on this one specifically because it received wide international attention especially through the networks of women's human rights organizations. However, even with the international outcry against this injustice, the state did not act. This case also exemplifies the dangerous nature of organizing for women's rights in Pakistan. Even at risk of their own lives, Jilani and Jahangir continue to speak out about injustices in Pakistan. REFERENCE: Women's Rights as Human Rights: The Case of Pakistan Nida Kirmani Senior Thesis Projects, 1993-2002 Dated: 1-1-2000 Recommended Citation Kirmani, Nida, "Women's Rights as Human Rights: The Case of Pakistan" (2000). Senior Thesis Projects, 1993-2002. http://trace.tennessee.edu/utk_interstp2/47/ 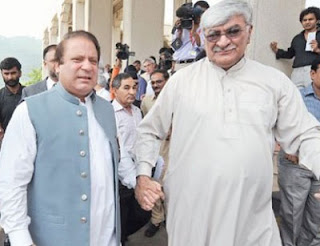 2011: PESHAWAR: There are many names for pornographic movies, from the euphemistic (‘adult cinema’) to the nostalgic (‘under-the-counter videos’) to the plain short (‘porn’). Here is a relatively new one: ‘barband,’ which means porn in Pashto. At the Shama Cinema in Peshawar, every show is a full house. The ups and downs of the Pakistan film industry are irrelevant to this crowd. The harsh winters do not deter punters either. Even terrorism has no effect. Thanks to the alleged protection of the influential Bilour family and the active negligence of the ruling Awami National Party and its predecessor the Muttahida Majlis-e-Amal (a defunct umbrella group for religious parties), the audience is in safe hands. Khaklay Navay (Beautiful Bride) is the name of one pornographic movie recently shown on the cinema’s big screen. It ran for two months, opening on Eidul Fitr. A new film called Khaklay Jankay (Beautiful Girls) — which sounds like the prequel, though this is unconfirmed — was released in time for Eidul Azha. It is currently running, though there was a small break for 10 days out of respect for the holy month of Muharram. Four shows run every day. For early risers, there is the 11am screening. This is followed by shows at 3pm, 6pm and 9pm. The films are promoted through racy, raunchy posters pasted on the walls of Peshawar, often side-by-side with graffiti from religious groups. What’s more, the local industry seems to be a grower. Exciting news for enthusiasts is that in addition to the screening of adult English-language adult movies, the management has started the screening of porn in Pashto. Most of the films thus far have been dubbed into Pushto. Many have been foreign and often feature curvy Californian blondes, proving that anti-Americanism is not all-pervasive in Khyber-Pakhtunkwa. Most, though, seemed to have been produced in Lahore or other non-Pastho-speaking parts of Pakistan. Fans outside the cinema said that the exchange of Pakistani currency in some scenes proves the films are made within the country; in a boost for Pakistan’s ailing film industry, the cinema-goers also said the sound and camerawork is often of the highest quality. An employee at the cinema who, perhaps fearing his mother’s reaction, did not want his name publicised, said that Pushto adult movies are proving a bigger hit than English ones. He went on to say that drug-taking is an integral part of the experience; a haze of hashish smoke floats above the seats instead of more standard sensory accompaniments to the cinema experience, such as the crunch of popcorn. The employee added that a nearby cinema called Sabreena is also doing great business. For those with an image of Peshawar and its environs as a medieval-minded war-zone, the Shama Cinema sounds scarcely believable. This is a region where girls schools and shrines are destroyed, yet neither the religious parties nor the government have objected to porn being screened. Locals say there’s an easy explanation: the cinema is owned by the powerful Bilour family, which also happens to be tied to the Awami National Party. Who is behind such open secrecy? Everyone in Peshawar says the same name: the Bilour family. The family, however, denies any involvement. According to sources in the city, the cinema was once owned by senior minister Bashir Ahmed Bilour. It was passed on to Aziz Ahmed Bilour, federal secretary for industries, as the family assets were distributed. The cinema, it is believed, is now managed by close relatives of the Bilour brothers. When contacted by The Express Tribune, Aziz Ahmed Bilour said he had been busy doing public service in Islamabad since he left Peshawar two decades ago. He said he has not gone to the cinema since then. Aziz also insisted he does not own any cinema and does not know who owns the Shama Cinema. Indeed, as far as Aziz knows, the Bilour family has no involvement in the cinema business at all. However, he generously offered to lend a helping hand: “If it is transferred in my name, then it will be good and I shall look after the affair.” And so the Shama Cinema will carry on rolling the reels. The audience, no doubt, will keep on coming. Published in The Express Tribune, December 19th, 2011. REFERENCE: Peshawar’s open secret: Hardcore fun for a hard-line city By Fida Muhammad Adeel Published: December 19, 2011 http://tribune.com.pk/story/308659/peshawars-open-secret-hardcore-fun-for-a-hard-line-city/
Posted by Aamir Mughal at 7:23 AM