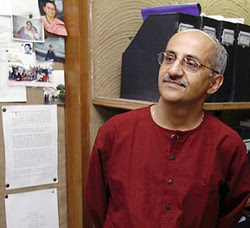 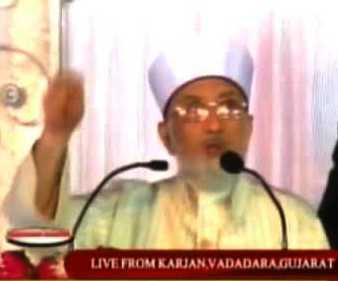 February 2012 Host Narendra Modi floors Pakistani scholar: VADODARA: Pakistani Islamic scholar Tahir-ul-Qadri on his first visit to Gujarat thanked chief minister Narendra Modi for the security arrangements provided to him. Qadri, known for his strong views against terrorism and extremism, however, refused to comment on 2002 communal riots. Qadri has been in Gujarat since Friday night to lay foundation stone of India headquarters of Minhaj-ul-Quran International in Karjan on Saturday evening. Speaking to reporters ahead of the function in Karjan, he said he did not have knowledge of India's provincial states and its political leaders. "But it is my first visit to Gujarat and special Z-plus security arrangements have been made by the state. I thank the CM for this," he said. On repeated questions about the 2002 communal riots, Qadri insisted he did not come to Gujarat to speak about specific incidents, but termed them as unfortunate. "My talk in letter and spirit is just for peace and harmony. Violence at any place, killing of mankind should be condemned, but I de-link it with the events ( Godhra riots) you are referring to," he said. He also drew parallels between Quran and Bhagwad Gita. Qadri struck a local chord immediately. "Tamam Gujarati mate dua karu chu. Khushal raho, hali mali ne raho. (I am praying for all Gujaratis. Live in prosperity and live in harmony)," he said. Qadri said nobody can rectify whatever has happened in the past. "Nobody can regenerate or recreate past, but efforts should be made to prevent such events in future. The only way is to look for a better future, create an atmosphere of togetherness for which mutual tolerance is necessary," he said, stressing that his efforts are for inter-faith, inter-cultural harmony at global level. REFERENCE: Host Narendra Modi floors Pakistani scholar TNN Feb 27, 2012, 01.26AM IST http://articles.timesofindia.indiatimes.com/2012-02-27/india/31103463_1_godhra-riots-harmony-qadri 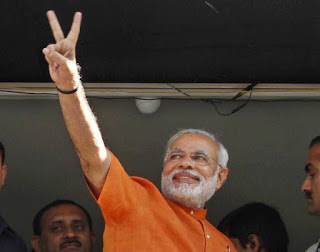 Pakistani Islamic scholar Tahir-ul-Qadri’s reported remarks advising Muslims to forget the Gujarat riots have sparked a row with some Muslim organisations opposing his ongoing visit to Hyderabad. Police have stepped up security for Qadri, who arrived in Hyderabad on Tuesday on a five-day trip. The controversial Pakistani scholar, while addressing a meeting at Vadodara in Gujarat on February 25, reportedly advised Indian Muslims to forget the post-Godhra carnage and move on. He also thanked Chief Minister Narendra Modi for providing him security. Qadri, who faces threat to his life in Pakistan, mostly lives in the West. He is on a visit to India till March 18 and will address religious meetings in Ajmer, Mumbai, Raipur and Bangalore. A section of Urdu newspapers here published statements by Moulana Naseeruddin and leaders of Jamiat-ul-Ulema condemning Qadri’s remarks. Large scale security arrangements were made Wednesday night at Quli Qutub Shah Stadium where thousands of Muslims turned out to hear Qadri. He has a considerable following among adherents of the Sufi and Barelvi schools of thought. Leaders of Jamiat-ul-Ulema have accused Qadri of speaking the language of the West. “By praising the killer of Muslims and calling Muslims terrorists, he is expressing the views of either America and Israel or the RSS and Bajrang Dal,” said Moin Ahmed, a leader of the organisation. Moulana Naseeruddin alleged that Qadri was adding insult to the injury of Muslims by asking them to forget the massacre. Qadri has not reacted to the allegations so far and the attempts to contact him for his reaction yielded no results. REFERENCE: Pakistani Islamic scholar’s Gujarat remarks spark row Saturday, March 03, 2012 at 08:14:15 AM http://www.punemirror.in/article/4/20120303201203030814231358026bb/Pakistani-Islamic-scholar%E2%80%99s-Gujarat-remarks-spark-row.html Dr. Tahir-ul Qaudri defends his stand on Modi 3 March 2012 By Syed Zainulabedin http://twocircles.net/2012mar03/dr_tahirul_qaudri_defends_his_stand_modi.html

The Danish report below shows the two faces of Pakistani Imam Tahir Ul-Qadri, one for at home (in Urdu), and the other for when he goes out visiting among the kuffar (in English). Needless to say, the two faces say completely different things. Watch the imam’s calm, benevolent English-language face utter all the soothing bromides that his Western listeners long to hear. Why, he’s just like Imam Rauf! But the Urdu-speaking firebrand — that’s another matter entirely. Many thanks to Michael Laudahn for the translation, and to Vlad Tepes for the subtitling: REFERENCES: The Two Faces of Tahir Ul-Qadri Sunday, September 09, 2012 http://gatesofvienna.blogspot.com/2012/09/the-two-faces-of-tahir-ul-qadri.html 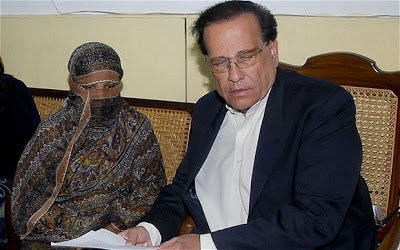 January 29th, 2011. MQM lawmaker declines to lead Fateha for Taseer ISLAMABAD: Polarisation on religious issues again became visible at the highest level when lawmakers in Senate stood divided over the issue of offering fateha for a deceased person. When Senator Abdul Khaliq Pirzada of the Muttahida Qaumi Movement (MQM) was asked to lead the prayers for the soul of the assassinated governor of Punjab, Salmaan Taseer, he flatly refused. A parliamentarian later termed the incident an “abhorrent aberration” in the country’s parliamentary history. The prayers were requested by Senator Nilofar Bakhtiar of the PML-Q, who requested chairman Senate Farooq H Naek that the house should offer prayers for the late governor’s departed soul. She also urged the upper house of parliament to pass a resolution to condemn elements supporting Taseer’s killer. Offering prayers for persons of national repute is a routine matter. After the MQM lawmaker refused to lead the prayers, the Senate chairman himself led the prayers to avoid further controversy. Published in The Express Tribune, January 29th, 2011. MQM lawmaker declines to lead Fateha for Taseer   http://tribune.com.pk/story/110880/intense-polarisation-mqm-lawmaker-declines-to-lead-fateha-for-taseer/The chair asked Abdul Khaliq Pirzada to lead fateha. But it was also astonishing that a senator who hails from the MQM, which is considered as a liberal party, refused to follow instructions from the chairman. Senate refuses to pray for Taseer Muhammad Anis Saturday, January 29, 2011 http://www.thenews.com.pk/Todays-News-13-3636-Senate-refuses-to-pray-for-Taseer Islamabad: Daily Jasarat, January 29, 2011. All major Islamist political parties such as Jamaat-i-Islami and Jamiat-e-Ulema-i-Islam (JUI-F) refused to offer Fatiha prayers for Salman Taseer during the Senate session. PML-Q Senator Nilofar Bakhtiar said that the Senate should in fact pass a resolution condemning the actions of Senators who are against blasphemy. Her party member Wasim Sajjad, however, differed on the issue and said that prayers should be offered. Senate Chairman Farooq Naik urged Senate members to offer Fatiha for Taseer, which was vociferously protested by Senator Khaliq Pirzada of MQM, Professor Ibrahim of Jamaat-i-Islami, Mawlana Gull Naseeb and Ghulam Ali of JUI (F), who boycotted the session. Despite the protests, the leaders from the Pakistan People's Party, PML-N and PML-Q stood up and offered players for the slain leader. Vol. 2 Issue. 12 Religious parties refuse to pray for Salman Taseer ORF PAKISTAN URDU MEDIA WATCH 29 January 2011 http://www.observerindia.com/cms/sites/orfonline/modules/urdumedia/UrduMediaDetail.html?cmaid=32713&mmacmaid=32714&volumeno=2&issueno=12 MOTION NOT ALLOWED: The house `quietly` turned down a request of PML-Q`s Nilofar Bakhtiar who sought to table a motion to condemn the killing of Mr Taseer and those who had supported the gruesome act by garlanding the murderer (Mumtaz Qadri) when he was produced in a court. Prof Ibrahim opposed the motion, followed by a few from other parties. JUI-F lawmakers walked out of the house which Chairman Naek interpreted as rejection of the motion and decided against it by saying: “It is opposed.” He then asked MQM`s Abdul Khaliq Pirzada to lead fateha for Mr Taseer. Strangely enough, no regular and collective fateha was offered by lawmakers and it remained an individual affair. Some raised their hands while others ignored. Mr Pirzada, who was asked by the chair to lead the fateha, himself did not raise his hands for prayers. Lahore killings condemned Senators call for US official’s trial under Pakistani law 29th January, 2011 http://dawn.com/2011/01/29/lahore-killings-condemned-senators-call-for-us-officials-trial-under-pakistani-law/ Altaf appeals ‘Ulema’ for no protests on blasphemy APP | 11th January, 2011 http://dawn.com/2011/01/11/altaf-appeals-ulema-for-no-protests-on-blasphemy-law/
Posted by Aamir Mughal at 1:34 AM