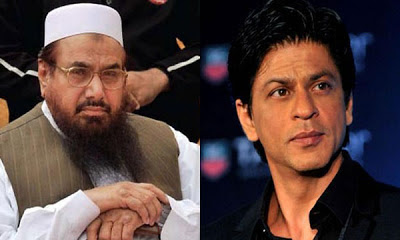 The professional Muslim Ulema of Pakistan have influenced our thinking so much that we see everything in religious terms. We keep a keen record of “atrocities against Muslims” but we ignore the enemy within who hides behind Islam. Earlier, we used to see two centres of evil: India and Israel but with time they have increased to include America and Europe. Iran is rapidly moving away because of our growing sectarianism and it is hard to name any real friend – Saudi Arabia and China are our ‘friends’ only in the sense that they are not enemies. They have excellent relations with our enemies and do not support us in our disputes with India and America, or in our red-hot anger against Israel. We strongly believe that in our 65 years of national life, we have been attacked five times by India, once by Russia, that we are “spiritually” fighting America for the last 12 years, that we fought our East Wing and lost it because of Indian aggression which the world supported because of the bias established by Indian propaganda. We believe that we were always on the right side, that we were persecuted. It was always hard for us to ask: are we really so innocent and so persecuted? Why does the world hate us? All these 65 years we have been teaching our students that one billion Hindus hate us because they are bigoted and jealous of our merit. It has been considered unpatriotic to ask why we failed to befriend them in 700 years. War is a tragedy but we refuse to see that a society at war with itself is an abomination. We love to talk of “we”, but we are “we” only in hate against “others”; when it comes to sacrifice or service, everyone is an individual. REFERENCE: A society at war with itself Mobarak Haider http://dawn.com/2013/01/29/a-society-at-war-with-itself/

LAHORE, Jan 26: Jamatud Dawa (JuD) chief Hafiz Saeed on Saturday offered his support to bollywood superstar Shahrukh Khan and invited him to come to Pakistan to avoid the wrath of extremist Hindus targeting him in India. “We will welcome Shahrukh if he decides to come to Pakistan. We will support and save him from those victimising him on the basis of his religion,” Saeed said while presiding over a meeting held here to review arrangements for holding rallies under the JuD banner to mark the Yaumi-Kashmir (Kashmir Day) scheduled to be observed on Feb 5. The offer was floated by Hafiz Saeed after Mr Khan wrote an article titled “Being a Khan” in a magazine. “Many politicians asked me to leave India and go back to my native country Pakistan after 9/11. I sometimes become victim of the inadvertent object of the Indian political leaders who choose to make me a symbol of all that they think is wrong and unpatriotic about Muslims in India,” SRK writes. The JuD chief criticised India for claiming itself as having the world’s largest democracy. “Shahrukh’s statement exposes the Indian leaders’ narrow-mindedness they have about the Muslims living there. The country where Shahrukh like actors are not safe from the Hindus’ wrath and prejudice, how other Muslims could be safe there,” he deplored. He said the Muslims in India were being forced to migrate to other countries. He said since he was very clear on his stance, he would support Shahrukh on his stay in Pakistan if he was facing trouble in India. REFERENCE: JuD lends support to Shahrukh 27th January, 2013 http://dawn.com/2013/01/27/jud-lends-support-to-shahrukh/ 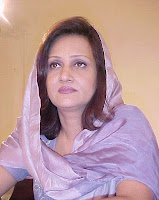 Renowned Pakistani TV artist Bushra Ansari takes Pakistani society to task on Shahrukh Khan issue in her letter to daily Jang dated 30 January 2013 - she says can we deny that for the sake of Art India accommodated Pakistani artists like Ali Zafar, Atif Aslam, Nusrat Fatheh Ali Khan, Rahat Fatheh, Adnan Sami etc. etc. Should we as a Pakistani froget that Late. Mehdi Hasan and Ghulam Ali are worshipped in India and what we have here that when Sonu Nigam visited Pakistan we tried to sabotage his visit. Yet we have the audacity to raise hell on Shahrukh Khan whereas Shias, Hazaras, Sunnis are not safe in Pakistan what to talk of Hindus and Christians. Bollywood superstar Shah Rukh Khan has said he is "extremely safe and happy" in India, rebutting claims that he needs extra security. A Pakistani minister suggested Delhi provide security after Khan wrote an account of how it felt to be a Muslim in India. Khan said the article had been given an "unwarranted twist" and he could not understand the controversy. Khan is one of Bollywood's biggest stars with fans all over the world. The actor wrote in Outlook Turning Points - published by India's Outlook magazine in association with the New York Times - that sometimes he became the "inadvertent object of political leaders who choose to make me a symbol of all that they think is wrong and unpatriotic about Muslims in India". He wrote that he has been "accused of bearing allegiance to our neighbouring nation than my own country - this even though I am an Indian whose father fought for the freedom of India". Following the article, Pakistani Interior Minister Rehman Malik requested that India provide security for the actor. India on Tuesday dismissed Mr Malik's suggestion and advised him to look after the security of Pakistani citizens. 'Irksome' Reacting to Mr Malik's remarks, Khan told reporters: "I would like to tell all those who are offering unsolicited advice that we in India are extremely safe and happy. "We have an amazing democratic, free and secular way of life. In the environment that we live here in my country India, we have no safety issues regarding life and material. As a matter-of-fact, it is irksome for me to clarify this non-existent issue." Khan said many people were reacting to his article without reading it. "Ironically, the article... was actually meant to reiterate that on some occasions my being an Indian Muslim film star is misused by bigots and narrow minded people who have misplaced religious ideologies for small gains... and ironically the same has happened through this article... once again," he said. Khan has appeared in more than 70 films, anchored TV shows and done innumerable advertisements. He also owns the Kolkata Knight Riders team of the lucrative Indian Premier League cricket tournament. Khan has family roots in the Pakistani city of Peshawar and has a huge fan following there too. REFERENCE: Bollywood's Shah Rukh Khan 'happy and safe' in India 30 January 2013 http://www.bbc.co.uk/news/world-asia-india-21256521 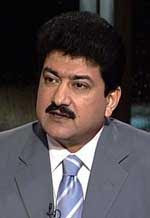 Senior Journalist with Jang Group and GEO TV, Hamid Mir was also of the opinion that whether those Pakistanis who are now inviting Shahrukh Khan to Pakistan, have for once ever thought of those Indian Muslims who are living in India above all Hamid Mir also raises a very burning question about the way Hindus, Christians and Sikh are treated in Pakistan, he also asked as to why Non-Muslim are leaving Pakistan and if even that wasn't enough one should look around the way Pakistani Shias and Sunni are slaughtering each other in Pakistan. 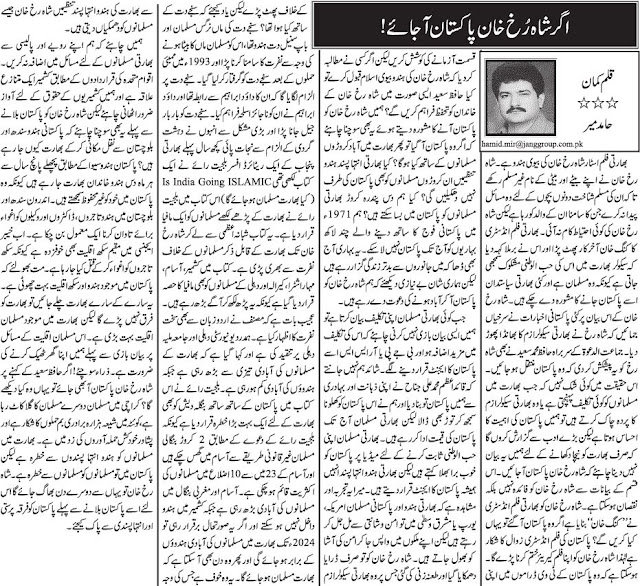 UNHCR Report on Minorities in Pakistan 2012 by Aamir Mughal