"Jack of all trades, master of none" is a figure of speech used in reference to a person that is competent with many skills but is not necessarily outstanding in any particular one. The earliest recorded versions of the phrase do not contain the second part. Indeed they are broadly positive in tone. Such a Jack of all trades may be a master of integration, as such an individual knows enough from many learned trades and skills to be able to bring their disciplines together in a practical manner. This person is a generalist rather than a specialist. REFERENCE: Jack of all trades, master of none http://en.wikipedia.org/wiki/Jack_of_all_trades,_master_of_none 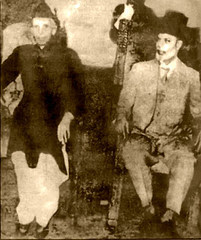 Dr Salam is not the first talented Ahmadi who gave all for his country. One of the founding fathers of Pakistan and one time president of the Muslim League, Sir Zafrullah Khan, whose ideas formed the basis of the Lahore Resolution, who was tasked by Mohammad Ali Jinnah to plead Pakistan’s case before the boundary commission and who was appointed the first foreign minister of Pakistan was similarly shabbily treated because he happened to be an Ahmadi. Then too an Egyptian president, Gemal Abdel Nasser, had famously said, “Some people say Zafrullah is not a Muslim, well, if he is not a Muslim, I am not one either.” Nasser was very impressed by Sir Zafrullah’s advocacy of the Arab causes in the UN and considered him a great friend and ally. The same Sir Zafrullah was abused by our mullahs on the streets time and again. So while our Egyptian brethren have been fulsome in praise of our two great Pakistani icons, Sir Zafrullah and Dr Salam, we have failed to name even a single road in their honour. Children are not taught of Zafrulla’s contributions to the Pakistan Movement. His picture does not feature in the Aiwan Karkunan-e-Tehreek-e-Pakistan Museum on the Mall, while every ‘jee-huzoori’ (yes man) and nawabzada — including those who openly abused Jinnah — has his picture up as one of the pioneers of Pakistan. Our children are not taught to admire and emulate Dr Salam, who has kept Pakistan’s name alive in the field of Physics even in death. The question of whether one considers Ahmadis Muslims or non-Muslims can be a matter of choice clearly. The problem starts when the state starts deciding who is a Muslim or a non-Muslim. Given that none of us are in possession of divine knowledge, would it not be better to follow a simple test instead, a simple test that the founder of this country, Jinnah, prescribed “anyone who professes to be a Muslim is a Muslim.” What happens when the state decides who is Muslim or non-Muslim? It empowers various sections of the clergy. Inevitably, those sections of clergy then turn on each other, turning one kind of Muslim against another kind of Muslim. This is when Ahle-Hadith tell Barelvis that they are kafir (infidel), and Barelvis tell Deobandis they are kafir and so and so forth. A multitude of movements begin to declare each other a constitutional kafir. The result is that you have endless bloodletting because ultimately not every community is non-violent like the Ahmadis. REFERENCE: COMMENT: Pride of the Muslim ummah —Yasser Latif Hamdani Monday, April 01, 2013 http://www.dailytimes.com.pk/default.asp?page=2013%5C04%5C01%5Cstory_1-4-2013_pg3_4 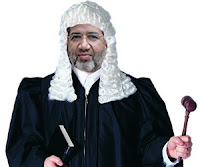 ISLAMABAD: The Punjab government has excluded several key subjects from the fresh 10th class Urdu text book edition published in February 2013 which is now being marketed for new students of matric. These subjects include ‘Islamic ideology of Pakistan’ and ‘Hazrat Umar (RA)- a Great Administrator’ besides removing persuasive Islam-related poems of even poets like Allama Iqbal. On the poetry side, all the Islamic poems including ‘Rabbe Kainaat’ of Maulana Altaf Hussain Hali, ‘Mohsin-e-Insaniat (PBUH)’ (the Saviour of Humanity) by Mahirul Qadri, ‘Tulu-e-Islam’ (the rise of Islam) of Allama Iqbal, ‘Siddiq (RA)’ on Hazrat Abu Bakar Siddiq (RA) by Allama Iqbal, ‘Shaan-e-Taqwa’ (which is against drinking) by Allama Iqbal etc have also been removed in the new text book. While the title page of the book contains the picture of Allama Iqbal, it does not contain any poem of the great poet of Islam and Pakistan. The new edition of the ‘Urdu compulsory for 10th class’ does not include the very first chapter of the earlier edition’s prose i.e ‘Hazrat Umar Farooq (RA)- a great administrator’ by Allama Shibli Naumani. The new text book’s first chapter is an essay on writer ‘Mirza Muhammad Saeed’ written by Shahid Ahmad Dehlvi. The second chapter in the old edition was on ‘Ideology of Pakistan’ written by Dr Ghulam Mustafa Khan. This important chapter highlighted the basis for the creation of Pakistan and endorsed that the country was created in the name of Islam, to make it an Islamic state, has been replaced by a new chapter on ‘Princess of Paristan’ (Paristan ki shahzadi) written by Ashraf Saboohi. REFERENCE: Punjab excludes Islamic subjects from Matric book Ansar Abbasi Sunday, March 24, 2013 http://www.thenews.com.pk/Todays-News-13-21785-Punjab-excludes-Islamic-subjects-from-Matric-book

The third chapter of the old edition of the 10th class text book was ‘Musaddas-e-Hali’ written by Moulvi Abdul Haq. This chapter narrates how a Muslim poet in the 19th century influenced the hearts and minds of the Muslims. It has now been replaced by a writing of Dr Waheed Qureshi on ‘Eidul Fitr in Urdu Literature’ (Urdu Adab main Eidul Fitr). Similarly the chapters like ‘Sacrifice’ (Eisaar) by Deputy Nazir Ahmad, which has a great lesson for children, has been removed from the new 10th class text book. This chapter gives the lesson of how the affluent should help the poor. The story is about a child, who distributed his Eidi to a poor family. Another important chapter of the old book ‘Fatima binte (daughter of) Abdullah’ written by Mirza Adeeb has also disappeared from the new Urdu compulsory of class 10 for Punjab students. This story was about a 10-year old daughter of an Arab leader Abdullah. The story is about Jihad and the young Muslim girl’s urge to help the Muslim Mujahideen in Jihad against un-Islamic forces. The girl was martyred and did her parents proud. This incident has such an importance that even Allama Muhammad Iqbal had also written a poem on this young girl with the title ‘Fatima binte Abdullah’. Allama presented her as a role model for Muslim youth. A chapter Nam Dev Mali was, instead, included in the book that was about an expert Hindu gardener who was killed when attacked and stung by honey bees. The writer of this short story Maulvi Abdul Haq described the death of the expert Hindu gardener as ‘having embraced Shahadat (martyrdom)’. One of the chapters in the old edition was about ‘The deprived of inheritance’ (Mahroom-e-Virasat) by Allama Rashidul Khairi has also been excluded. This chapter focused on the un-Islamic tradition of depriving women of inheritance. REFERENCE: Punjab excludes Islamic subjects from Matric book Ansar Abbasi Sunday, March 24, 2013 http://www.thenews.com.pk/Todays-News-13-21785-Punjab-excludes-Islamic-subjects-from-Matric-book

The Subtle Subversion the State of Curricula and Textbooks in Pakistan http://www.scribd.com/doc/99821197/The-Subtle-Subversion-the-State-of-Curricula-and-Textbooks-in-Pakistan

One chapter called ‘Travelling is the key to success’ (Safar Kamiabi ki Kunji hay) written by Moulana Abdul Haleem Sharar, a great Urdu writer, has also been removed. It covered the adventures, jihad, travelling etc of the great Muslim leaders. A chapter on the ‘words of poets’ (Shaeron ki batain) in the old book has also been removed. The chapter presented different aspects particularly self respect of Muslim poets. On the poetry side all the Islamic poems including ‘Rabe Kainaat’ of Maulana Altaf Hussain Hali, Tulu-e-Islam of Allama Iqbal, ‘Mohsin-e-Insaniat’ of Mahirul Qadri, ‘Siddiq (RA) on Hazrat Abu Bakar Siddiq (RA) by Allama Iqbal, ‘Shaan-e-Taqwa’ (which is against drinking) by Allama Iqbal etc have also been removed in the new text book. Two ghazals of Khawaja Mir Dard on Islamic Sufism and two ghazals of Mirza Ghalib have also been removed from the new text. Poetry of a Indian poet Firaq Gorakhpuri has been included in the text book and the poet is presented as a hero awarded by the Indian and Russian governments. While the title page of the book contains the picture of Allama Iqbal, it does not contain any poem of the great poet of Islam and Pakistan. Excluding extremely impressive Islamic poetry, the new text book, however starts with a Hamd (praise of Almighty Allah) and Naat (praise of Hazrat Muhammad — PBUH). REFERENCE: Punjab excludes Islamic subjects from Matric book Ansar Abbasi Sunday, March 24, 2013 http://www.thenews.com.pk/Todays-News-13-21785-Punjab-excludes-Islamic-subjects-from-Matric-book