1973 Constitution of Islamic Republic of Pakistan. 19. Freedom of speech, etc. Every citizen shall have the right to freedom of speech and expression, and there shall be freedom of the press, subject to any reasonable restrictions imposed by law in the interest of the glory of Islam or the integrity, security or defence of Pakistan or any part thereof, friendly relations with foreign States, public order, decency or morality, or in relation to contempt of court,[15][commission of] or incitement to an offence. [19A. Right to information: Every citizen shall have the right to have access to information in all matters of public importance subject to regulation and reasonable restrictions imposed by law.]. Reference: The Constitution of the Islamic Republic of Pakistan http://www.pakistani.org/pakistan/constitution/ PART II Fundamental Rights and Principles of Policy http://www.pakistani.org/pakistan/constitution/part2.ch1.html 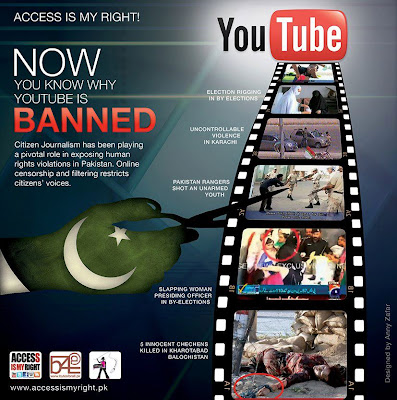 THE right to know or access to information is one of the basic human rights. The United Nations in its very first session in 1946 had declared freedom of information as a fundamental human right and virtually made it the touchstone of all the freedoms to which this international body is consecrated. Information is considered as the oxygen of democracy. This means the masses has the right to question or to know about the actions and decisions of their leaders or an institution at all levels. Timely information serves the public and ultimately strengthens democracy and contributes to the good governance. Access to information is like empowering people by giving them the information that can help them gain control over their lives, which strengthens the participatory democracy. Under international obligations, Pakistan is the first country in South Asia that came up with a Freedom of Information Ordinance in 1997 initially. Later, this legislation was fine-tuned in the shape of Freedom of Information Act 2002. Reference: Access to information touchstone of all freedoms by Mohammad Ali Khan 7th July, 2011 http://dawn.com/2011/07/07/access-to-information-touchstone-of-all-freedoms-2/ Special Thanks to Dr Taimur Rahman for the picture and Campaign for Unblocking the YouTube in Pakistan https://www.facebook.com/laalpak


Due to excessive fingering by Pakistan Telecommunications Limited (PTCL) and Pakistan Telecommunication Authority (PTA) even several news sites are not working in Pakistan and Irony! PTCL is totally gone! Alleged Broadband (read dial-up) is not working! Yet PTCL has the audacity to launch a campaign for Smart TV whereas if anyone makes a complaint about Poor Service of Broadband Pakistan, the usual reply from Customer Support is "Change your computer, change your cable, and above all always blame the International Fault but amazingly the subscribers are regularly (monthly basis) charged for the service which the subscribers never get which is advertised on PTCL Website.

Competition Commission Of Pakistan on PTCL Broadband by Aamir Mughal

December 29, 2012: But the ban on YouTube came to be seen as censorship, and a growing number of the estimated 25 million Internet users in the country complained. “This is purely a naked power play by the government and one that we should resist,” an editorial in The Express Tribune, an English-language daily newspaper in Karachi, Pakistan, said Friday. “This is about controlling our behavior and denying us access to the Internet.” “We need to make it clear that we do not wish to regress to a dark age when a centralized authority controlled all access to information,” the editorial, observing the 100th day of the ban, went on to say. “Retreating to such an era would essentially mean that we were no longer living in a democracy.” By Friday evening, Rehman Malik, the country’s interior minister, indicated that the ban would be lifted over the weekend. Mr. Malik said firewalls by government technicians were being installed to block pornographic and blasphemous material. On Saturday, the Pakistan Telecommunication Authority directed local Internet service providers to make YouTube accessible. But by the afternoon, Geo, a private television news network that wields immense influence, reported that anti-Islam and blasphemous material was still available on YouTube. The criticism was led by Ansar Abbasi, a right-leaning journalist who often speaks out on morality and religion. REFERENCE:Pakistan Lifts YouTube Ban, for 3 Minutes By SALMAN MASOOD Published: December 29, 2012 http://www.nytimes.com/2012/12/30/world/asia/youtube-ban-lifted-in-pakistan-for-3-minutes.html?smid=tw-share
Posted by Aamir Mughal at 12:25 AM

Well written Aamir sahib. GEO TV is manipulating every thing even so called govt is the partner in crime.

Thanks for the effort, keep up the good work Great work, the thoughts you state are truly awesome. I expect you will write several more posts. unblocked music download