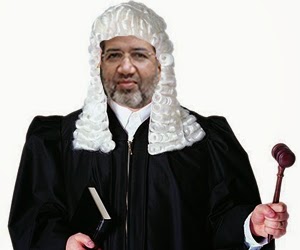 20 - On Saturday, the Pakistan Telecommunication Authority directed local Internet service providers to make YouTube accessible. But by the afternoon, Geo, a private television news network that wields immense influence, reported that anti-Islam and blasphemous material was still available on YouTube. The criticism was led by Ansar Abbasi, a right-leaning journalist who often speaks out on morality and religion. Yielding to the criticism, Prime Minister Raja Pervez Ashraf then ordered providers to again block access to the video-sharing site. The flip-flop drew an immediate rebuke from users and led to a flurry of jokes on Twitter about the government’s dithering and backtracking. Pakistan Lifts YouTube Ban, for 3 Minutes By SALMAN MASOODDEC. 29, 2012 http://www.nytimes.com/2012/12/30/world/asia/youtube-ban-lifted-in-pakistan-for-3-minutes.html?_r=0
Posted by Aamir Mughal at 9:31 AM