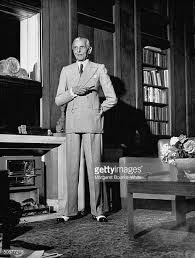 Despite my repeated requests to not to drag me in your personal point scoring and petty nitpicking but people tried to drag me in debates of which I dont want to be a part. I have many friends and followers on Social Media (Twitter and Facebook) and they are from different professions having different and quite diverse ideologies and opinions but since they are my friends too and I respect my friends and don't want to see them embarrass on my timelines on Twitter or Facebook because I follow a primitive code that once you share/break bread with anybody then honour him/her and don't allow anyone to mock or ridicule him/her in any way and that too by tagging me. Personally I don't follow any School of Thought but I dont target anyone's Belief, Caste, Creed, Language and Culture and neither do I blindly follow any Political Leader e.g. Jinnah, Liaquat Ali Khan, Sir Syed, Iqbal, Mawdudi, Bhutto what to talk of nowadays pygmies like Benazir Bhutto, Asif Ali Zardari, Nawaz Sharif, Altaf Hussain, Mullahs of every Sect or born again Jinnah i.e. Imran Khan. Therefore, if any of you want to badmouth each other then please do and keep doing it but don't tag me like a noted Defence Analysts, Former Deputy Chairman of Planning Commission and a Retired Army Officer and now a Diplomat did & tried to dictate me what should I tweet, what should I post and what I shouldn't and all have been shown the door from my profile and permanently blocked, don't thrust your opinion down my throat, don't patronize because I am least bothered what Crap you Unload on your timeline. There is an absurd debate going on Ad nauseam to prove that Jinnah was Secular and Jinnah wasn't Secular, Islamic Democracy and Non Islamic Democracy etc etc. Whatever Islamist or Secularist say about Jinnah, Islamic Democracy, Secular Democracy is just a matter of opinion and anyone can have any opinion he/she like but problem starts when someone try to shove his/her opinion down your throat to accept that opinion as a Cardinal Truth. Those politicians (including Jinnah/Bhutto etc.) who are and were very fond of using and mixing Islam with Democracy are least bothered that Muslim Masses would never accept any modern interpretation of Islam because Mullahs wouldn't allow that and thats why mixing Religion with State is dangerous. Jinnah's or Bhutto's Modern Interpretation of Islam wouldn't be valid because when someone talks of Islam then there would only be two sources 1 - Quran and 2 Hadith not the Manifestos of All India Muslim League, Jinnah's quotes or PPP's Red Book a La Islamic Socialism. Therefore, don't mix Islam and Democracy , State and Religion because this wont work and stop quoting Jinnah , Jinnah became invalid the day Liaquat Ali Khan imposed Objectives Resolution and Maulana Shabbir Ahmed Usmani who was the brain behind this Resolution is on record had declared that he knew that Jinnah was a Flagrant Sinner (Reference Khutbat-e-Usmani compiled by Professor Muhammad Anwaarul Hasan Sherkoti - Published 1972 Lahore) 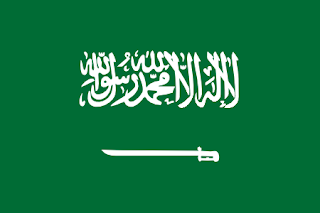 Democracy is not an Arabic word. Rather it is derived from the Greek, and it is a composite of two words: demos, meaning the masses or the people, and kratia, meaning rule. So what is meant is the rule of the masses or the rule of the people. Democracy is a system that is contrary to Islam, because it gives the power of legislation to the people or to those who represent them (such as members of Parliament). Based on that, in democracy legislative authority is given to someone other than Allah, may He be exalted; rather it is given to the people and their deputies, and what matters is not their consensus but the majority. Thus what the majority agree upon becomes laws that are binding on the nation, even if it is contrary to common sense, religious teaching or reason. Read More Concept of democracy in Islam https://islamqa.info/en/98134 Democracy is a man-made system, meaning rule by the people for the people. Thus it is contrary to Islam, because rule is for Allaah, the Most High, the Almighty, and it is not permissible to give legislative rights to any human being, no matter who he is. It says in Mawsoo’at al-Adyaan wa’l-Madhaahib al-Mu’aasirah (2/1066, 1067): Undoubtedly the democratic system is one of the modern forms of shirk, in terms of obedience and following, or legislation, as it denies the sovereignty of the Creator and His absolute right to issue laws, and ascribes that right to human beings. Read More Ruling on democracy and elections and participating in that system https://islamqa.info/en/107166


The leaders of the Muslim League hoped for much too, but whether through the operation of Islamic law is questionable. Many persons thought they saw an opposite tendency in Jinnah's words at the first meeting of the Constituent Assembly of Pakistan:

. . . you will find that in the course of time Hindus would cease to be Hindus and Muslims would cease to be Muslims, not in the religious sense, because that is the personal faith of each individual, but in the political sense as citizens of the State.


However Jinnah may have felt in August, 1947, the atmosphere had so changed that by the end of January, 1948, he felt compelled to say:


I cannot understand why this feeling of nervousness that the future constitution of Pakistan is going to be in conflict with Sharl'at Law? There is one section of the people who keep on impressing everybody that the future constitution of Pakistan should be based on the Shari'ah. The other section deliberately want to create mischief and agitate that the Sharl'at Law must be scrapped.

"So long as Jinnah and Liaquat Ali Khan remained at the helm, the ideologues of an Islamic State in Pakistan had to rest content with symbolic gestures. As a politician who knew the importance of playing to the gallery, Jinnah made references to Islam that were compatible with his secular & democratic vision of a Pakistan with opportunities for all, regardless of caste, community or creed.


Reference: The Struggle for Pakistan: A Muslim Homeland and Global Politics By Ayesha Jalal 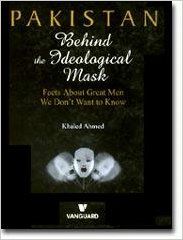 Renowned Secular thinker and Liberal Pakistani Philosopher Mr Khaled Ahmed wrote in his book, Pakistan: Behind The Ideological Mask (Facts about Great Men we dont want to know) Published by Vanguard Press Lahore) that in 1989 the Punjab Government awarded Ghulam Ahmed Perwez posthumously The Tehreek Pakistan Gold Medal, citing his close relationship with Quaid-e-Azam & his contribution to the scheme of Pakistan. There are letters from Quaid testifying to Perwez's advisory capacity to the Quaid. Ghulam Ahmed Perwez important books were Did Quaid-e-Azam Want to Make Pakistan a Secular State, Finality of Prophethood and Ahmadiyya Movement, Reality of Sufism & countless others attacking Several Schools of Thought's very basic beliefs particularly against Deobandis, Shias, Barelvis and Ahl-e-Hadith but his main target was Jamaat-e-Islami, quite an Irony that the man who was with Jinnah later became and Un-Official adviser of General Ayub Khan who declared Ms. Fatima Jinnah an Indian Agent. 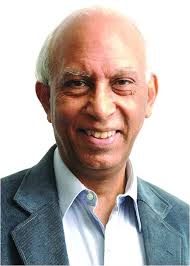 I fully understand the concern of a whole range of intellectuals representing an assortment of liberals and leftists who steadfastly and heroically keep writing that Jinnah was a secularist, he wanted Pakistan to be a secular state or at least an inclusive Muslim state. As far as an inclusive Muslim state is concerned they are right to a point, but they are dead wrong when they assert that Jinnah was a secularist or that he wanted Pakistan to be a secular state. A secularist being defined in terms of a western life style and unorthodox dietary habits is a loose and poor use of the term and concept of secularism. Secularism is a political term which means a separation of religion and state. Except for the 11 August 1947 speech which can reasonably and legitimately be read as one based on secularism there is no such vision or argument in what he said before that day or afterwards that suggests that Hindus and Muslims can be equal citizens of Pakistan. Therefore, one sunny day does not make a summer or more accurately one swallow does not make a summer. In other words, exceptions are not the rule. Jinnah was not in favour of a Muslim state which would institutionalise discrimination against minorities. He thought that Pakistan could be an inclusive Muslim state. Reference: Jinnah’s prerogatives Jinnah enjoyed unique power and authority and thus unique prerogatives. He could make decisions and appointments which other Pakistani leaders would have hesitated to by Dr Ishtiaq Ahmed DECEMBER 10, 2017 https://dailytimes.com.pk/156051/jinnahs-prerogatives/ 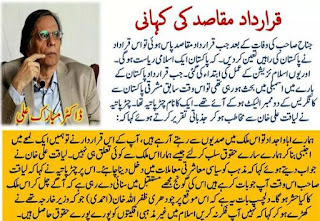 Jinnah has become such a symbol of wisdom in the Pakistani society that people visualize Pakistan with his reference. His vision, his agenda, his dream and his ideals, all.remained unaccomplished because he died soon after the independence. It is commonly believed that had he lived some more years, history of Pakistan would have been different. There are few nations who rely so heavily on one individual. No doubt, Jinnah was a great leader of his people. He was a man of integrity and honesty, but to make him an idol and not allow anybody to emerge out of his shadow is pathetic. Every generation has its own dreams and vision which it wants to accomplish without interference. Not imitation but freedom is required to build a new world. Therefore, attempt should not be made to repeat but to make a new history. People should be liberated from the shadow and allow them to flourish in a free atmosphere. Great leaders should be respected but not worshiped. Reference: Jinnah: Making a myth by Mubarak Ali (2 October 2000)
http://www.sacw.net/aii/MakingJinnah_a_myth.html
Posted by Aamir Mughal at 9:32 AM