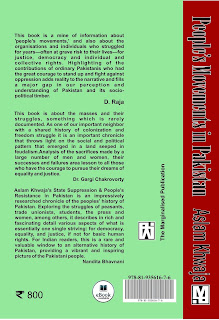 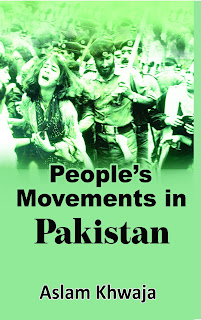 “This book is stuffed with facts regarding people’s movements in the history of Pakistan. It is important because the book has been published at a time when alternative facts have struck the world,” said Haris Gazdar, a leading researcher, while speaking at the launch of People’s Movements in Pakistan, authored by Aslam Khwaja at the Arts Council of Pakistan (ACP). The event was organised by Kitab Publishers and ACP Karachi. Mr Gazdar hinted at the recent controversial phrase of ‘alternative facts’ used by counsellor to President Trump Kellyanne Conway in which she defended the White House press secretary’s statement about the attendance at Donald Trump’s inauguration as President of the United States. “At present, writing on religion, terrorism and ethnicity-related issues inspires most researchers, they sell good, thus the topic that the author of this book has chosen is a rarity in this age, but it is hugely important for the new generations who have little or no knowledge about it,” he added. Dr Riaz Shaikh of the Shaheed Zulfikar Ali Bhutto Institute of Science and Technology said the book was written with a political commitment. He said the book inspired questions about the importance of mass movements and how they impacted the society and the future of societies. He said most movements were against the state. “Women are still struggling for their rights, but religious bigotry is getting stronger and oppressing them more.” Labour rights campaigner Karamat Ali said Mohammad Ali Jinnah was among the first icons who fought for the rights of workers. He said the Quaid fought to get the landmark legislation passed during the British rule in 1926, which gave the right of association to workers of all kinds, including those employees working in the armed forces who were not in uniform. Anis Haroon, eminent women’s rights campaigner, said the book gave deserving space to women’s movement generally denied by the rest. Author Aslam Khwaja said he wrote the book to put together all facts and left it to the readers to analyse them. Reference: Book on people’s movements launched by Hasan Mansoor (Dawn February 04, 2017) People's Movements in Pakistan by Aslam Khwaja (Author),‎ Ms. Zhila Shah (Photographer) https://www.amazon.in/Peoples-Movements-Pakistan-Aslam-Khwaja/dp/8193561678 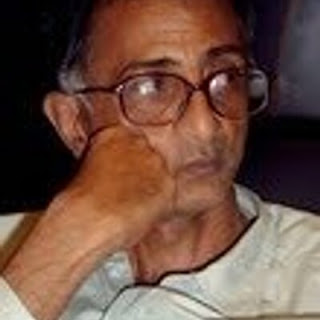 Aslam Khwaja’s People’s Movements in Pakistan historically locates, and explains, the mass movements in Pakistan in the age of ‘alternative facts’. Traversing a broad timeline that charts the democratic struggles against successive dictatorships, the book also revisits the trials and tribulations of artists and poets part of the Progressive Writer’s Association, as well as discusses the origins of the feminist movement in Pakistan. Aslam Khwaja was born in Hyderabad in 1962, and remained a prominent figure on the leftist political landscape of Pakistan in the late 1970s. He worked as a reporter and sub-editor with leading Sindhi newspapers of his time, has translated over two dozen books from Sindhi into English, and is the author of ‘1857 kī jang-i-azādī’. He has been working with The Eidhi Foundation since 1986, and was an active part of the India-Pakistan peace initiative, including the New Delhi-Multan Peace March of 2005. People’s Movements in Pakistan is his most recent book. Reference: Book Launch: People’s Movements in Pakistan by Aslam Khwaja Friday, 21st April 2017 http://www.t2f.biz/book-launch-peoples-movements-in-pakistan-by-aslam-khwaja/ 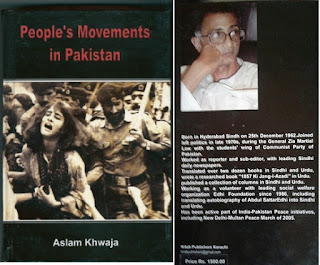 People’s Movements in Pakistan by Khwaja is narrated in English, unlike the other two books being discussed which are in Urdu. Not only is it by far the most comprehensive collection of information on significant political and social movements waged in West Pakistan — which became Pakistan after 1971 — it offers a fresh description of old events that continue to shape the choices Pakistan makes as a state, and the radicalisation that has firmly rooted itself in our society and body politic. Khwaja is primarily a journalist and while this fact makes his rendition more accessible, his work can also be considered as providing basic material for further academic inquiry into each of the movements and the role of individuals that he discusses — from peasants’ uprisings to women’s movements. Reference: NARRATIVE ARC: In the shadow of defeat by Harris Khalique March 12, 2017 https://www.dawn.com/news/1319970 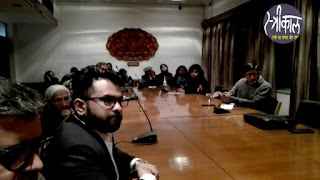 Aslam Khwaja’s book People’s Movements in Pakistan uncovers Pakistan’s peoples’ movements which very rarely find mention in the news in India despite the fact that there are common threads between resistance movements on both sides of the divide. Speaking at the launch of the book, Siddharth Varadarajan, a founding editor of The Wire, said the book is not a linear narrative, but a layered and even tough read. In fact, that’s precisely where the merit of Khwaja’s book lies. With separate chapters on the struggles of civil society for democracy against the military, workers and trades unions, peasants, Pakistan’s ethnic groups like the Baloch, student movements and of course, the women’s movement, he opens up a part of Pakistan that is mostly non-existent for Indians. There is also an excellent chapter on art, culture and literature as a site of resistance. The book’s origin lies in an invitation the Delhi-based writer and activist Noor Zaheer extended Khwaja, ‘a Left political activist from Sind’, to attend a conference in Amritsar where he spoke about the way democratic forces were struggling for survival in Pakistan and how causes were being upheld and kept alive against the onslaught of insecure and power hungry regimes. ‘Learn to differentiate between the people and the state,’ Noor recalled her father, Sajjad Zaheer – or ‘Banney bhai’ as he was lovingly called by all his friends and admirers – telling her when she was a young girl of 12. For her, those words became the raison d’être of the book. Meticulous work with newspaper archives and historical records went into the book, which was published in Pakistan to much acclaim. It is now available in India thanks to the Wardha-based publishers, The Marginalised. For 70 years, with a few exceptions, both the Pakistani and Indian states have stoked hatred for each other through unrelenting propaganda. Regimes on either side have relied on the bogey of an overarching enemy to garner votes, or simply whenever the going got tough on the domestic front. In this respect, both countries are mirror images. The poet Fehmida Reyaz, who lived in India for seven years of self imposed exile during the military rule of General Zia, immortalised this mirror imaging in these lines: (You turned out just like us/Where were you hiding all these years?/The same foolishness, the same thick-headedness/With which we wasted an era/Finally has reached your doors too/Congratulations, my brother, congratulations). Reference: Uncovering People’s Movements in Pakistan BY SYEDA HAMEED ON 14/02/2018 https://thewire.in/223811/peoples-movements-pakistan/
Posted by Aamir Mughal at 6:06 AM