A Time of Madness: A Memoir of Partition by Salman Rashid 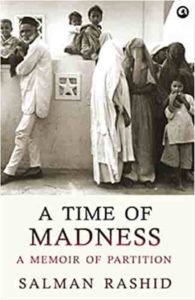 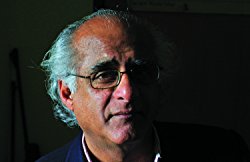 Salman Rashid is Pakistan’s most widely travelled travel writer with few places in the country that do not carry his footprint. Acclaimed as ‘the most erudite travel writer of the country’, he is the author of eight books that include anthologies of his newspaper articles. This book is the outcome of nearly a quarter century of the Deosai romance over several visits to the plateau. During the chaos of partition in 1947, something dreadful happened in the city of Jalandhar in Punjab. As a result of this, Salman Rashid's family fled Jalandhar for Pakistan, the newly created country across the border. They were among the nearly two million people uprooted from their homes in the greatest transmigration in history. Besides those who fled, other members of the family became part of a grimmer statistic: They featured among the more than one million unfortunate souls who paid with their lives for the division of India and creation of Pakistan. After living in the shadow of his family’s tragedy for decades, in 2008, Rashid made the journey back to his ancestral village to uncover the truth. A time of madness tells the story of what he discovered with great poignancy and grace. It is a tale of unspeakable brutality but it is also a testament to the uniquely human traits of forgiveness, redemption and the resilience of the human spirit. References: A Time of Madness: A Memoir of Partition 13 Dec 2017 https://www.amazon.in/Salman-Rashid/e/B001JWT62G/ref=dp_byline_cont_book_1 A TIME OF MADNESS: A MEMOIR OF PARTITION BY : SALMAN RASHID http://www.libertybooks.com/index.php?route=product/product&product_id=44018 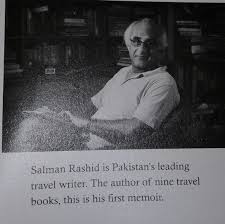 And in the end, when Rashid does indeed uncover the terrible secret, when the last clue to the puzzle has fallen in place, when he finds himself standing face to face with the man whose father had led a murderous mob, when he understands the reason for his family’s long silence, he finds nothing in his heart but understanding and compassion. As to why this had to happen, the only solace, if there can be solace in a situation like this, is in the fact that such a tragedy did not just fall to his lot; it happened to millions. However, if violence and bestiality are followed by guilt and remorse, forgiveness is possible. A heart-felt apology, even after seven decades, can heal old wounds. A Time of Madness seems to be telling us that while we may fall victims to the madness unleashed by political and religious leaders causing us to fall into pits of unimaginable darkness, it is up to us to find our way back to light. Only genuine remorse and real forgiveness can show us the way. Reference: 'A Time of Madness: A Memoir of Partition' review: Darkness to light by Rakhshanda Jalil JANUARY 06, 2018 http://www.thehindu.com/books/books-reviews/a-time-of-madness-a-memoir-of-partition-review-darkness-to-light/article22382614.ece 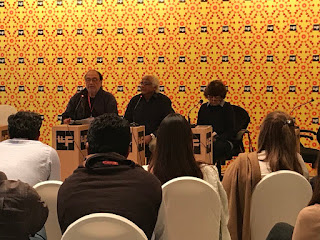 Salman Rashid’s latest book, published in India, is the story of his grandfather’s pre-partition household. A Time of Madness – A memoir of partition narrates how Rashid’s grandfather was murdered by a Sikh neighbour. Ten years ago, Rashid met the son of the murderer in Jalandhar and he narrated the tale of the entire household to the audience. The talk was moderated by academic Shaista Sirajuddin and senior journalist Khaled Ahmed, both close friends of the author, who had heard of these stories already and read the book closely. Sirajuddin understood the author’s sentimental relationship with the story and carefully directed the talk while giving the author room to breathe and grieve. The hall was full of Rashid’s fans, some sitting on the ground, others standing on the stairs. The audience had many interesting questions to supplement Rashid’s intriguing story. Reference : Authors, readers, bibliophiles http://tns.thenews.com.pk/authors-readers-bibliophiles/ by Ammara Ahmad March 4, 2018 ---- A Time of Madness http://www.thefridaytimes.com/tft/a-time-of-madness/ Shaista Sonnu Sirajuddin on Salman Rashid’s memoir of Partition – a deeply personal journey, yet one which is relevant to us all (The Friday Times 02 March 2018)