The View From Pakistan's Spies by David Ignatius 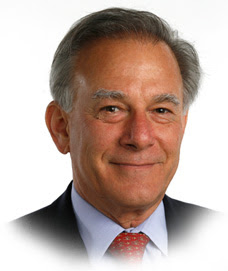 Columnist and Associate Editor David Ignatius
He joined The Post in 1986 as editor of The Post's Outlook section, and then served as foreign editor from 1990 to 1992. Prior to becoming a columnist, Ignatius was The Post's assistant managing editor in charge of business news, a position he assumed in 1993. He continued to write weekly after becoming executive editor of the Paris-based International Herald Tribune in 2000, and resumed writing twice a week for the op-ed page in 2003. Before joining The Post he worked for ten years as a reporter for The Wall Street Journal, covering at various times the steel industry, the Justice Department, the CIA, the U.S. Senate, the Middle East, and the State Department. Ignatius has written six novels: "Body of Lies" (April 2007), "The Sun King" (1999), "A Firing Offense" (1997), "The Bank of Fear" (1994), "SIRO" (1991), and "Agents of Innocence" (1987). Courtesy: David Ignatius
Editorial; Associate Editors http://projects.washingtonpost.com/staff/articles/david+ignatius/

The View From Pakistan's Spies By David Ignatius Tuesday, September 29, 2009

ISLAMABAD -- The headquarters of Pakistan's powerful Inter-Services Intelligence directorate is a black-ribbed stucco building in the Aabpara neighborhood of the capital. Its operatives, described by wary Pakistanis as "the boys from Aabpara," play a powerful and mysterious role in the life of the country. Their "tentacles," as one ISI officer terms the agency's spy networks, stretch deep into neighboring Afghanistan.

The ISI agreed to open its protective curtain slightly for me last week. This unusual outreach included a long and animated conversation with Lt. Gen. Ahmed Shuja Pasha, the agency's director general, as well as a detailed briefing from its counterterrorism experts. Under the ground rules, I cannot quote Pasha directly, but I can offer a sense of how his agency looks at key issues -- including the Afghanistan war and the ISI's sometimes prickly relationship with America.

At an operational level, the ISI is a close partner of the CIA. Officers of the two services work together nearly every night on joint operations against al-Qaeda in Pakistan's tribal areas, perhaps the most dangerous region in the world. Information from the ISI has helped the CIA plan its Predator drone attacks, which have killed 14 of the top 20 targets over the past several years.

But on the political level, there is mistrust on both sides. The United States worries that the ISI isn't sharing all it knows about Taliban insurgents in Afghanistan. The Pakistanis, meanwhile, view the United States as an unreliable ally that starts fights it doesn't know how to finish.

A test of this fragile partnership is the debate over the new Afghanistan strategy proposed by Gen. Stanley McChrystal. The ISI leadership thinks the United States can't afford to lose in Afghanistan, and it worries about a security vacuum there that would endanger Pakistan. But at the same time, the ISI fears that a big military surge, like the up to 40,000 additional troops McChrystal wants, could be counterproductive.

ISI officials believe Washington should be realistic about its war objectives. If victory is defined as obliteration of the Taliban, the United States will never win. But the United States can achieve the more limited aim of rough political stability, if it is patient.

In the ISI's view, America makes a mistake in thinking it must solve every problem on its own. In Afghanistan, it should work with President Hamid Karzai, who, for all his imperfections, has one essential quality that American strategists lack -- he's an Afghan. ISI officials suggest that Karzai should capitalize on the post-election ferment by calling for a cease-fire so that he can form a broadly based government that includes some Taliban representatives.

ISI officials say they want to help America with political reconciliation in Afghanistan. But they argue that to achieve this goal, the U.S. must change its posture -- moving from "ruler mode" to "support mode" -- so that Afghan voices can be heard.

The American suspicion that the ISI is withholding information about the Taliban, or is otherwise "hedging its bets," makes ISI leaders visibly angry. Pakistanis have the most to lose from a Taliban victory in Kabul, they argue, because it would inevitably strengthen the Taliban in Pakistan, too. A Pakistani version of Mohammad Omar is anathema to them, the ISI leaders say.

As for American allegations that the ISI maintains direct links with Siraj Haqqani, a key ally of the Taliban, the ISI officials insist it isn't so. They do have a network of agents within the insurgent groups and tribes, but that's part of a spy agency's job. America's suspicion that Pakistan secretly pulls the Taliban's strings is many years out of date, they contend.

One ISI analyst loudly calls my name at the end of a briefing and then recites a summary of Pakistani casualties since Sept. 11, 2001, from terrorism. The list totals 5,362 dead and 10,483 wounded. "Trust us," says another ISI official, referring to this casualty toll. "Do not interfere in a way that infringes on our sovereignty and makes us look bad in the eyes of the public."

Talking with ISI leaders, I am reminded of something you see around the world these days. People want to help America more than we sometimes think. But they want to be treated with respect -- as full partners, not as useful CIA assets.

Trust is always a conditional word when you are talking about intelligence activities, which are built around deception. But in this case, where America and Pakistan share common interests, the opportunities are real.

NOTE: Picture of Hamid Karazi with Details is not in the Post article, both are inserted by me. Aamir Mughal 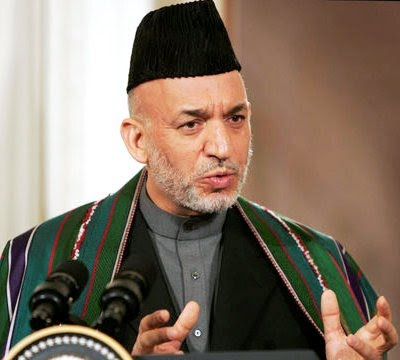