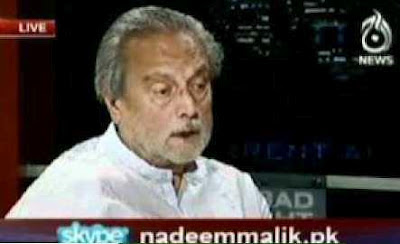 NOW it is the realm of television programming and advertising that has attracted the Supreme Court’s attention. Summoning the chief of the Pakistan Electronic Media Regulatory Authority in response to petitions moved by two conservative figures, the former amir of the Jamaat-i-Islami Qazi Hussain Ahmed and a retired Supreme Court justice, Wajihuddin Ahmed, the court on Monday demanded action within a week against ‘obscene’ and ‘vulgar’ programming and advertisements on private TV channels aired in Pakistan. Pause for a moment and consider the various problems that afflict this country and that the court is embroiled in. That obscenity and vulgarity on television — and this before the debate about whether the impugned content is at all obscene or vulgar — figures in the scheme of things to fix at the highest levels at the moment is somewhat worrying. Two points need to be made here. First, the excesses that do frequently occur on television — from content that foments religious intolerance to coverage of terrorist attacks that are insensitive to victims’ families and badly handled, and from opinion-laden shows that are divorced from fact to invasion of privacy and worse in intrusive programming — do need serious redressal. However, government regulation is not the way to go. The Musharraf era epitomised the problem: even the most ardent supporters of a free and independent media in power cannot be trusted to not use government regulation to stifle media freedom. Where self-regulation thus far has failed, perhaps what the government can do is act as a facilitator for the creation of a regulatory body that is truly independent, professionally run along non-ideological lines and responsive to both the media’s and consumers’ concerns. But to trust the government with a direct and hands-on role in regulating media content is an unwelcome idea: today it is obscenity and vulgarity, tomorrow it will be the ‘national interest’ and ‘national security’ that will demand certain lines be drawn. Second, the outmoded idea of what content is vulgar or obscene needs to be discarded. Strangely, violence on television — domestic, criminal, extrajudicial — rarely attracts the same kind of censure as does content in which women are attired in a certain way or filmed interacting with men in a certain way. The same goes for intolerance, xenophobia, bigotry and hate spewed on TV: it doesn’t attract the same kind of censure as does a woman dancing or singing lustily. The collective ownership that society wants to impose on its women is a problem itself. In the name of moral policing, Pakistan has ended up with deeply skewed priorities: keep the women covered up; let the monsters run loose. REFERENCE: Moral policing http://dawn.com/2012/08/08/moral-policing/
Sita White on Imran Khan's Illegitimate Child. 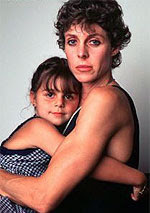 ISLAMABAD: The Supreme Court has converted the letters of Justice (R) Wajihuddin Ahmed, Qazi Hussain Ahmed and Muhammad Hussain Mehnati against obscenity and vulgarity on the media into a petition and issued notices to chairmen PTA and Pemra and has fixed it for hearing on July 27, 2012. The petition is marked 104/2012 and the case will be heard in the open court on Friday. The SC order issued on Wednesday titled “Regarding control of obscene and other objectionable material carried in the media” reads: “Take notice that three separate letters were received from Justice (R) Wajihuddin Ahmad, Qazi Hussain Ahmad, ex-Ameer Jamaat-e-Islami Pakistan and Muhammad Hussain Mehnati, Ameer Jamat-e-Islami Karachi on the subject cited above and on placing all these letters before the honourable Chief Justice of Pakistan. His lordship was pleased to call reports from chairman PTA and Chairman Pemra. After perusal of the said reports, the honourable Chief Justice of Pakistan was pleased to pass the following order; ‘Treat this matter as petition under article 184(3). Put up in court. Notice to attorney general, chairman Pemra and to petitioners be issued for 27.07.2012.’
“Take further notice that the matter has been registered as the Constitutional petition No 104/2012 and is fixed for hearing on 27.07.2012 in Court House Islamabad.”The major issues regarding obscenity highlighted in the petition involve airing of illegal Indian channels through cable network, obscene and vulgar dramas on Pakistani channels, immoral advertisements on TV channels, illegal CD channels distributed by cable networks in connivance with Pemra, and in particular the entertainment segments in the news bulletins on Pakistani news channels.
Following complaints from the two respected public figures, the Human Rights Cell of the apex court, following CJ’s direction, had sought views from chairman Pemra and chairman PTA, both of whom have given routine bureaucratic responses without any concrete assurance that the menace would be effectively checked and controlled.
Chairman Pemra in his response to the Supreme Court wrote: “The local market is flooded with smuggled and pirated CDs, DVDs, decoders, dishes and cards, which are proliferating obscenity through broadcast media and distribution service. On its part, Pemra took action against distribution and sale of illegal decoders and seized the equipment of Zee TV package. This action was challenged in the Lahore High Court (LHC) and the court was pleased to suspend the seizure. “Consequent to which Pemra had to return the equipment. Nevertheless, Pemra has not stopped its efforts in this regard. It may kindly be appreciated that Pemra cannot fully eradicate this menace and it will only be possible with coordinated efforts of all other relevant agencies as well.” It is important to mention here that whenever the Supreme Court takes up the issue of obscenity and vulgarity some objectionable Indian TV channels are closed for a few days but they stage a comeback. Even on Wednesday when the Supreme Court issued this latest order and fixed the case for Friday, sources told The News that Indian TV channels were closed in some big cities. Sources say a huge amount of money is involved in allowing illegal CD channels, distribution of illegal Indian TV channels and in many other similar illegal acts. REFERENCE: SC takes suo moto notice of obscenity in media Ahmad Noorani Thursday, July 26, 2012 http://www.thenews.com.pk/Todays-News-13-16359-SC-takes-suo-moto-notice-of-obscenity-in-media
Posted by Aamir Mughal at 2:19 PM