January 2014 KARACHI: Musadiq Sanwal, the editor of Dawn.com, passed away on Friday after battling with lung cancer for more than a year. Born in 1962, Sanwal will be remembered for his dedication to journalism, his closeness to his colleagues and love for the arts, most importantly music which he learnt in his younger years and performed regularly. He studied from the National College of Arts (NCA) in the 1980s and was also trained as a singer and made regular appearances at music conferences and concerts in his youth. Sanwal moved to Karachi in the late 1980s and shared his residence with author Mohammed Hanif for many years before both went to work at the BBC in London. He returned to Pakistan in the mid-2000s to Dawn along with former Dawn newspaper editor Abbas Nasir. “Musadiq was a journalist, writer and a hugely-talented man with untold amounts of creativity. He was an extremely supportive husband and doting father. A generous friend who came from (Multan) the land of the saints and embodied many of their values, traits but was human with his share of shortcomings too,” said Nasir. “Most of all, he infected anyone he met with his passion for music. He represented laughter and a zest for life, even life itself.” Sanwal was diagnosed with cancer over a year ago, following which he underwent strenuous procedures to combat the disease. His fight ended Friday morning when he breathed his last. His funeral prayers were held in Karachi before his body was flown to his native town Multan for burial. He is survived by his wife and two children. Reference: Editor Dawn.com Musadiq Sanwal passes away http://www.dawn.com/news/1080909/editor-dawncom-musadiq-sanwal-passes-away Musadiq Sanwal was one the victims of a Jamiat attack on NCA in 1985. He lost sight in one eye but never ever complained or repented it. ---- So here we are. 2012 comes to an end. It has been as eventful a year as can be. I am not sure, if it has been good or bad but it hasn’t been disappointing. It managed to carry its share of stresses and anger which is most proverbial to Pakistan. It is difficult to read news in Pakistan and not get angry about it. You often think you are in the wrong profession. For a media organisation, bad news being in good supply should mean the business is good. But it is not. Certainly for channels competing for ratings, they may deliver such news with a certain pressure of speech and a dramatic sense of urgency; screaming with all the breath in your lungs as if it was the last war cry. But soon it starts resembling a cockfight because it is an every day affair. And you find yourself in awe of this fight, anxiously betting in the hope that you might win a few dimes. But if you are perpetually the harbinger of bad news, you want to step back and think before you say anything. Because you have a sense of belonging to the same people you bring this news to. Reporting on the Ashura blasts, you want to make sure the information is correct when you are fully aware of the fact that your Interior Minister has suspended mobile services on the pretext of security. There might be readers out there whose loved ones may have gone to a Majlis or a procession. Why panic them unless you really know? In smaller a way, at the least you can act more responsibly than the Interior Minister. Not that it always goes in your favour, you build a reputation for not breaking stories. To the extent that when you do break them, no one notices. But you breathe a sigh of relief when you are cautious and get it right. We are all humans. We make mistakes. But if we continue learning from these and more importantly, admit when we make one, it somehow gives us the strength to carry on in this cut throat competition. And that too in a country which is perpetually at war with itself hence, another dilemma. Everyone asks us to cover the good stories too. As if what is happening in Pakistan really isn’t happening. It is all a figment of our imagination. We try, because we, too, are desperate for good stories. I earnestly wish we could do more. REFERENCE: The year that pushed us further from being human BY Musadiq Sanwal http://x.dawn.com/2012/12/31/the-year-that-pushed-us-further-from-being-human/

An Evening of Folk Music featuring Musadiq... by SalimJanMazari

Courtesy: PeaceNiche : An evening of powerful, haunting renditions of folk, sufiaana kalaam and bhaktee sangeet. Musadiq Sanwal is a poet, musician, film-maker and journalist. Since the early eighties, he has been composing and singing songs based on the works of Punjabi and Saraiki Sufis, the poet-musicians of the Indus Valley. Mainly self taught, Musadiq’s singing style is infused with the flavour of the popular raags of rural Sindh and Punjab, for which he is indebted to the Meerasis who have practically vanished from our villages. http://vimeo.com/23408310 We made our share of mistakes in 2012. But a clarification is in order here. We did not entertain the demands of some of our readers of taking such and such feature, news item or blog off our pages, and there have been many. I would like to emphasise here that we are willing to publish a rebuttal to a certain article or news story giving it equal prominence. We are willing to apologise or regret an error or accept an oversight in editorial judgment but removing what has been published is not what should be done on websites. In the world of the world wide web, removing anything is more embarrassing than making the first mistake of publishing something that clearly betrayed your error of judgment. Someone might have written something and linked to it; someone might have taken screenshots and may accuse you of trying to wipe off your tracks. It is the nature of the internet which is different from print and television media. Somewhere, someone will find it. At Dawn.com we get our fair share of blame and we routinely publish this criticism But what we do not publish are comments that are plain rude, make accusations without substantiating, promote hatred and violence against any race, religion, nation, community, gender, and in particular children. We also receive threats and tread this landmine carefully, if nothing else for the safety of our staff and contributors. I am not complaining, I am sure in our times all professionals face similar hardships. I just want to share an insider’s view so that as a reader you might be able to forgive us … sometimes. We are perpetually short staffed given the momentum of our time, the flow of information and the interaction taking place between a reader and an author. I understand that readers don’t care about these limitations and expect us to listen to what they have to say, which is their right. We try but sometimes we fail. Not because we do not care. It’s because we are humans. REFERENCE: The year that pushed us further from being human BY Musadiq Sanwal http://x.dawn.com/2012/12/31/the-year-that-pushed-us-further-from-being-human/ 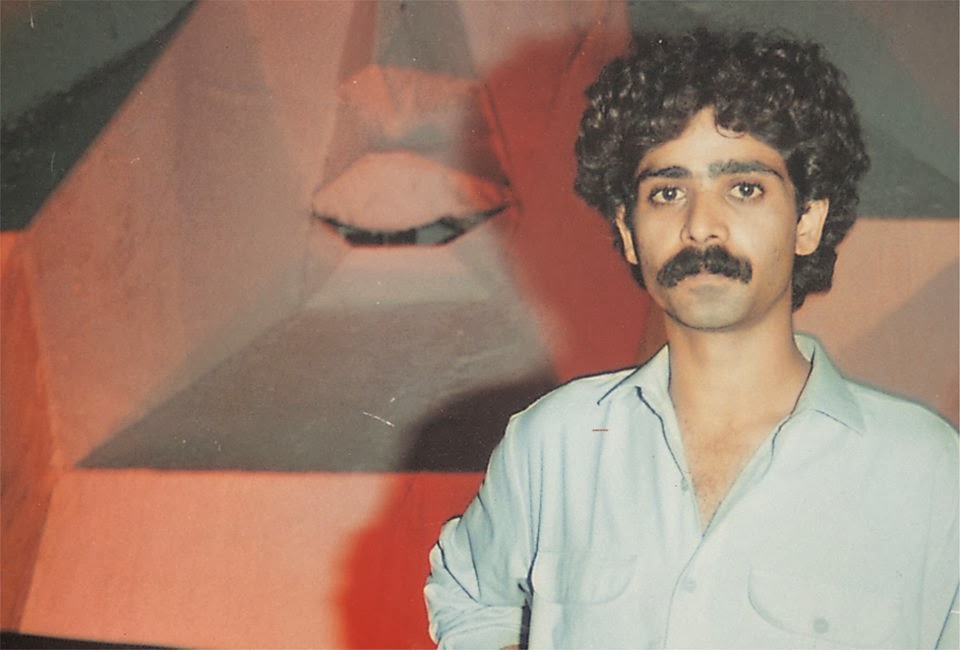 I am sure by now you must think that I am obsessed with the idea of being human while talking about 2012. You are right, I am. Earlier when I said that we do not publish anything especially against children, it was because for me this was the worst year for our children. Even though we started with tragedies like the Bhoja Air Crash, the usual conspiracy theories and whether an elected Prime Minister stood disqualified or not. We remained glued to our screens by the curious cases of our military bases becoming the favorite targets of militants as it seemed like a battle of survival. But despite all this, it was the year when in Pakistan a lot of people forgot to be human. We burnt down the places where we could dream collectively. We silently witnessed the scene of a young man falling to his death while the crews normally went about filming it as if it was all enacted. We started targetting our children for refusing to enroll in an imaginary holy mission of Jihad. After the Malallazai Attack, a TTP statement clarified that once Hazrat Khizre had also killed a child. It was as if the Taliban were Hazrat Khizre. Ironically, in one of its verdicts the Supreme Court of Pakistan also ruled a defendant not being a Sadiq and Ameen. Both, our level of the judgment of ourselves, and others did not seem human any more. While we could have put behind bars a child with down syndrome and that too on the fictitious charges of blasphemy, both the above statements escaped our attention. Suffice it to say, I became obsessed with being human in 2012. I felt being human was a blessing because if you did make a mistake despite all your faculties focused on not making one, you could sit back, see through it, admit, repent and ask for forgiveness. It is better than trying to be God or angels and administering your views of justice to hapless children who could instead be saved with simple polio drops. Had Adam not taken the step to be human, would we be here? Reference: The year that pushed us further from being human by Musadiq Sanwal http://x.dawn.com/2012/12/31/the-year-that-pushed-us-further-from-being-human/ 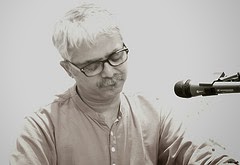 Let’s celebrate Musadiq Sanwal’s life. Musadiq may have been an ordinary Pakistani and you may never have heard of him but he was an extraordinary man. He dared to dream dreams. An NCA graduate, he was a creative powerhouse, a web-journalist, who made a mark wherever he worked including the BBC. He gave dawn.com its present shape. Many feel a desperate, profound loss today as he was a friend who represented a zest for life, epitomised warmth, love, humanity and respect. An accomplished classical singer, he filled his own life, and the lives of those he touched, with music. He was a devoted family man whose world revolved around his lovely wife Shahla and their two children Dara and Soorat. He travelled around the world for them. He seemed to swell with pride when talking of them. And never did we meet when he didn’t. God knows best why a life has to end when it’s so beautiful, still so filled with promise and when all it represents is intricate, alluring ragas, delightful thumris, enchanting kaafis and compelling laughter. RIP Musadiq Sanwal. REFERENCE: Lives that mattered by ABBAS NASIR http://www.dawn.com/news/1081018/lives-that-mattered Rare photos are contributed by Tahir Mehdi (an old friend of Late. Musadiq Sanwal)
Posted by Aamir Mughal at 2:21 AM

It is refreshing to read about good people in this world. A sad loss but a life not waisted.