IT’S easier said than done, but India could do with a few Michael Moores to instil a healthy spirit of doubt as a foil to periodically contrived large-scale gullibility. The objective goes well with mature democracies. It seems India’s liberals, and also the ordinary curious people, are ready for alternative angles to the Mumbai horrors the way the diligent American documentary-maker offered new possibilities by raising a few good questions about the official line on 9/11. But much of the mainstream media in India, which not just follows the ‘sarkari’ line on diplomacy and other key issues but sometimes helps create it, is not enamoured of Moore-like questioning spirit. For this reason perhaps it does not like to tinker with its enormous faith in unnamed ‘sources’ that appear from nowhere in a crisis like Mumbai’s to fire its virtually rented imagination. There is almost a comprador-like quality about all this. You would not have heard any serious discourse in the Indian media when Gen Colin Powell showed to the world with the help of detailed fake maps of precisely where Saddam Husain had planted his mythical nuclear missiles. India’s decision not to send Indian troops, over Powell’s spurious allegations, to Iraq, a former key ally of India on Kashmir no less, happened because of people’s pressure and in spite of the media’s quiet sympathy for the American point of view. To cite another example of this mismatch, more recently, the Indian people exulted over the now legendary shoe-thrower of Iraq. In fact, the American people with their great appetite for humour at the expense of their official line, even came up with Internet games to mock the leadership. Not so the Indian media, which, by and large, in line with the system, continues to pay obeisance to his target, President Bush. The enormity of Mumbai’s horror appears to have blunted the questioning spirit that used to be associated with otherwise liberal and usually credible lot of people. 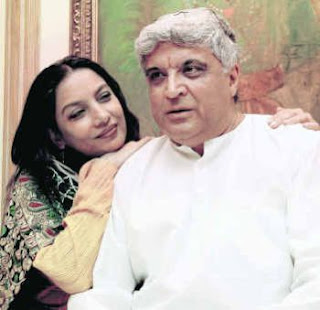 Film lyricist Javed Akhtar and his actor wife Shabana Azmi were usually known for questioning the ‘official account’ on any number of burning issues. But after Mumbai, even they find themselves aligned with the official theory on what happened in Mumbai and how. Ironically for them Minorities Affairs Minister Abdul Rehman Antulay, known otherwise as the system’s man, has become the cheerleader of the people who have heaps of questions to ask about Mumbai. Mr Akhtar (and the pliant media) believes Mr Antulay should resign for raising doubts about the way the head of Mumbai’s Anti-Terror Squad (ATS) Hemant Karkare was killed during the Mumbai attacks. But the liberals and ordinary people, including a good many Muslims, are applauding Mr Antulay for asking the questions that are needed at worst of times in any democracy.

Mumbai-based group Muslims for Secular Democracy (MSD), of which Mr Akhtar is president, said in a statement last week that it was “shocked and horrified by the highly irresponsible and outrageous statement” of Mr Antulay. “He has expressed doubts over the identity of the killers of the former chief, Anti-terrorism Squad (ATS) of the Maharashtra police, Mr Hemant Karkare, insinuating that the killing of Mr Karkare and his colleagues in the ATS was the result of a conspiracy. The suggestion is that it was the job of some Hindu extremist groups in collusion with their sympathisers with men in uniform.”

Mr Akhtar goes on to express his outrage through the MSD statement. It says: “The world is convinced – on the basis of evidence provided by the Indian government – that the terrorists responsible for 26/11 camefrom Pakistan and belonged to Lashkar-e-Tayyeba, a terrorist outfit and a sworn enemy of India. That is why there is demand from governments all over that the Pakistan government act, firmly and swiftly against the Pakistan-based perpetrators of terror. Not surprisingly, the Pakistan government is dragging its feet claiming it has yet to be shown ‘incontrovertible evidence’. Very surprisingly, and shockingly, Mr Antulay, a minister in the Union Cabinet, has similar doubts.”

The fact, however, is that Mr Antulay, who is otherwise not a patch on Mr Javed Akhtar’s credibility as a well-meaning citizen, merely wanted to know (perhaps with an eye on elections) one or two things. One of them was why the police officer was sent and who sent him to a certain street where he was ambushed by suspected Pakistani terrorists. Another question Mr Antulay asked was why the government had not introduced a bill against communalism, which it had promised to do at the start of its innings five years ago.

In his eagerness to criticise Mr Antulay, Mr Akhtar has ignored a few facts. He obviously does not include the Middle East in ‘the world’ that is ‘convinced’ of the Indian government’s line. Mr Akhtar should read Atul Aneja’s analysis in The Hindu about how neither the governments nor the people in the Middle East seem convinced that the Mumbai attacks were a straightforward act of terrorism and not anything more far reaching. Iran’s deputy foreign minister Mohammed Mahdi Akhoundzadeh who was in Delhi last week told senior journalists at a breakfast meeting that the Mumbai attack was ‘complex’ and appeared to have benefited people who were against the proposed gas pipeline between Iran, Pakistan and India. “Who were the gainers and who the losers?” he asked. It’s too unwieldy a question for even Mr Antulay to handle. According to Aneja’s dispatch: “The Mumbai terror attacks have generated a vigorous debate in West Asia. In most major countries, these are being interpreted as an incident that is likely to usher in a new phase in the so-called global war on terror led by the United States. The war on terrorism, which has so far focussed on Iraq and Afghanistan within the strategic ambit of West Asia, has moved into South Asia with India as its new pillar.” Has the Indian media even bothered to look at it from a global perspective?

You can call it a conspiracy theory or theories, but Aneja was wise enough to file them. He says: “Many, especially in Iran and Saudi Arabia, see the attacks as part of a plot hatched by Washington and some of its allies to stoke a major geopolitical realignment in the wider West Asia-South Asia region. Several commentators are of the view that in the wake of the Mumbai attacks, India has either been co-opted already as an active partner of the US, Israel and the UK in this war or is being ‘trapped’ to join the unseemly coalition.”

It is nobody’s case that Lashkar-e-Taiba and Jaish as well as other obscurantist groups in Pakistan that preach hatred and violence need to be weeded out, but that should be done in any case regardless of who ever carried out the mindless massacre in Mumbai. And whoever carried out the attacks has helped cement India’s military nexus with the so-called war on terrorism, an understatement for becoming America’s sherpas like Pakistan has been for ever since we can remember. To that extent the attack in Mumbai could be seen as India’s Pearl Harbour, giving it an excuse to indulge in global military adventurism. One hopes this won’t happen. And that is the point for Mr Akhtar to ponder. Forget Mr Antulay. He is probably doing a small favour to the Congress party by playing on Muslim sentiments even if he has asked a few good questions in the process. Mr Akhtar won’t be able to play that role with any conviction. He needs to put on his thinking cap, like Michael Moore.