The following code of conduct has been designed in view of certain segments of Pakistani media’s irresponsible behavior and projection of terrorists and militants as heroes in the eyes of fellow Pakistanis and the world. On certain occasions, it is so brazen that we have to term it as a media disgrace and national menace.

Many of us are aware of how many reporters, columnists and anchors of known channels and newspapers behave. Though some of them are apparently polite and amicable but large numbers of them are rude and Over Ambitious Angry Journalists, the people who want to do something in hurry, looking for a short cut to fame and sensation. Some of them have very obvious political or jihadi inclinations.

This code of conduct is applicable to all forms of media, including but not limited to newspapers, television channels, websites, and radio.

Pakistan is currently undergoing the most difficult phase of its history. We, the Pakistani nation, the democratic government and the Pakistan Army, are fighting a war with an enemy who is hiding within our own people, and who does not hesitate from killing our fellow Pakistanis, be they Muslims or non-Muslims, Pashtun or Punjabi, Sindhi or Baloch, Sunni or Shia etc.

Our enemy uses a false interpretation of Islam to promote its international jihadi and sectarian agenda. Our enemy kills our guests, investors, aid-workers, and diplomats in Pakistan, be they from China or USA, Iran or Egypt.

It has been noticed that some media outlets including but not limited to TV news and talk-shows, newspaper columns and websites are involved in speech or activities which are either implicitly or explicitly against the national security interests of our beloved country.

It has been noticed that some writers, speakers or anchorpersons tend to glorify or justify terrorist activities by the Taliban, Al Qaeda or their associate jihadi and sectarian groups in Pakistan.

Often terrorism against the people of Pakistan, its armed forces or its government institutions is justified in the guise of what they term as a legitimate reaction to injustices in Kashmir, Afghanistan or Palestine. Pakistan is not responsible for any injustices in any form in any part of the world, nor would it allow terrorists and their mentors to brainwash and use innocent Pakistanis against their own country and its esteemed institutions.

We understand that a typical 13 to 17 year old suicide bomber who explodes himself in a mosque, imambargah, market or police station is only a foot-soldier, who has been brainwashed by such pro-jihadi anchorpersons and columnists, opportunist political leaders or narrow-minded mullahs, who have convinced the suicide bomber to direct his anger against Pakistan, its armed forces and democratic institutions.

Therefore, any anchorperson, speaker or writer, who is found guilty of either justifying or glorifying acts of terrorism, will be arrested on the charges of treason against Pakistan. Such person will be tried in anti-terrorism courts and given exemplary punishment. 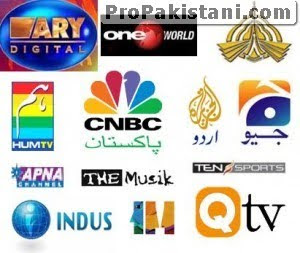 As a matter of rule:

All innocent citizens and members of security forces who sacrifice their lives in Pakistan's war on terror will be described as 'shaheed' or martyr.

All terrorists killed in the war on terror will be described as 'jahannum wasil' or 'killed'.

No interviews with Taliban leaders or their supporters will be conducted or broadcast through the media.

Media will refrain from inviting those black-sheep who openly speak against Pakistan's war on terror, and try to justify terrorist activities as a legitimate reaction or jihad. Such fifth columnists will not be invited in talk shows.

Those anchor persons or columnists who are known for their sympathies towards Taliban or Al Qaeda will be banned from conducting any TV shows or writing columns for newspapers.

No comments from ordinary public (i.e. terrorists posing to be ordinary public) will be allowed on media, which tend to glorify or justify acts of terror.

Media will not force unwanted stories and television news which glorify anti-national elements, terrorists and traitors.

Media outlets will not race after breaking news. The concept of confirmation and accuracy of news or an event from independent sources will not be ignored.

Media organizations shall provide risk-awareness training for those journalists and media workers, who are likely to be involved in assignments where dangerous conditions prevail. They will also be trained on how to keep national interests in mind when reporting or interpreting news items.

In order to curb sensationalism and also to reward hard working and responsible journalists, media owners will distribute 50% of their profits to their employees including full time media workers and freelance journalists, who comply with this code of conduct.

We are fighting a very sensitive war, a war of Pakistan's survival. We therefore cannot afford to remain oblivious to those who are trying to weaken the very foundations of the state and the society.

Signed by: 15000 members of "Terror Free Pakistan" - An association of all Pakistanis irrespective of any political, religious or ethnic affiliation.

LAHORE: The Pakistan Federal Union of Journalists (PFUJ) on Monday invited comments and suggestions on a draft code of ethics adopted at a recent international media summit attended by journalists, editors, publishers and members of the civil society.

The summit was organised by the PFUJ and the International Federation of Journalists in Lahore on August 2.

PREAMBLE: The following Code of Principles for the Conduct of Journalism in Pakistan is based upon the belief that fair, balanced and independent journalism is essential for good governance, effective public administration and the capacity of people in Pakistan to achieve genuine democracy and peace. The code recognises that the creation of a tolerant, peaceful and just society depends upon the freedom of citizens to have access to responsible journalism through media that respect principles of pluralism and diversity.

For this code to be effective, journalism and media policy in Pakistan must be guided by the following principles:

* That media, whatever the mode of dissemination, are independent, tolerant and reflect diversity of opinion enabling full democratic exchange within and among all communities, whether based on geography, ethnic origins, religious belief or language;

* That there is respect for decent working and professional conditions, through legally enforceable employment rights and appropriate regulations that guarantee editorial independence and recognition of the profession of journalism;

* That there is credible and effective peer accountability through self-regulation by journalists and media professionals that will promote editorial independence and high standards of accuracy, reliability, and quality in media.

1. Journalism is a profession based upon commitment to principles of honesty, fairness, credibility and respect for the truth.

2. A journalist is obliged to uphold the highest professional and ethical standards and shall at all times defend the principle of freedom of the press and media.

3. A journalist shall ensure that information he/she provides is fair, accurate and not subject to falsification, distortion, inappropriate selection, misrepresentation or any form of censorship.

4. A journalist shall avoid the expression of comment and conjecture as fact.

5. A journalist shall protect confidential sources of information.

6. A journalist shall not distort or suppress the truth for commercial, institutional or other special interests.

7. A journalist shall not accept personal favours, bribes, inducements, nor shall he/she allow any other factor pertaining to his/her own person to influence the performance of his/her professional duties.

8. A journalist shall disclose any potential conflict of interest where they involve financial gain or political affiliations.

9. A journalist shall mention a person’s age, sex, race, colour, creed, illegitimacy, disability, marital status, or sexual orientation only if this information is strictly relevant. A journalist shall neither originate nor process material, which incites discrimination, ridicule, prejudice or hatred.

10. A journalist shall not take prior advantage of information gained in the course of his/her professional duties for private gain.

11. A journalist shall obtain information, data, photographs, and illustrations only by straightforward means. The use of other means can be justified only by overriding considerations of the public interest. A journalist is entitled to exercise a personal conscientious objection to the use of such means.

12. A journalist shall avoid intrusion into private life, grief or distress, except when there are overriding considerations of public interest.

13. A journalist shall not exceed the limits of ethical caution and fair comment because of time constraints or to gain competitive advantage.

14. A journalist shall not glorify the perpetrators of illegitimate acts of violence committed under any garb or cause, including honour and religion.

15. A journalist shall never indulge in plagiarism. Using or passing off the works of another as one’s own and without crediting the source is a serious ethical offence.

16. A journalist shall strive to ensure that his writing or broadcast contains no discriminatory material or comment based on matters of race, national or ethnic origin, colour, age, sex, marital status or physical or mental handicap.

18. A journalist, while reporting on communal, ethnic, or sectarian violence shall not identify victims by race, ethnicity or sect unless it is in the public interest. When this is the case he/she shall ensure that information is not presented in any manner, which may incite hatred or social disharmony.

19. A journalist, when reporting on sectarian or communal disturbance, including broadcast media, shall be aware of the danger of publishing images (or words) that may incite public discontent and anger.

20. A journalist shall not publish or broadcast extreme images of violence, mutilation, corpses or victims of tragedy irrespective of the cause unless it is necessary in the public interest.

21. A journalist shall respect the rights and needs of vulnerable members of society including women, children, marginalised communities and people suffering from disability.

22. A journalist shall not identify or photograph minor children, infants who are the offspring of sexual abuse, forcible marriage or illicit sexual union, or where they are victims of trafficking or forcible drafting into conflict.

23. A journalist shall always be conscious of the need for safety and shall take no action that endangers themselves or their colleagues in their work.

24. A journalist shall at all times respect other journalists and shall defend journalists where they suffer discrimination or are victimized for the exercise of their profession.

25. A journalist shall respect the public right to know and shall always act quickly to correct errors of fact or omission.

26. A journalist shall honour the decisions of the Media Complaints Commission. pr (Daily Times)

Violence and terrorism are plagues afflicting society and state in present-day Pakistan. The media should ensure that no programme has the effect of condoning or glamorizing violent or dangerous behaviour. Militant groups or individuals who are notified by the government as terrorists should be clearly identified as terrorists. Efforts should be made to ensure that there is no live coverage which gives publicity to terrorist goals or which could endanger lives or prejudice the attempt to deal with a on going terrorist incident or investigation. Many broadcasters have already gone through the learning curve in respect of restricting graphic scenes of violence, however, clear restrictions in this respect must be guaranteed for the viewers.
Religious programming should be screened by every broadcaster to ensure that it does not deprecate the religious views and beliefs of those belonging to a particular religion or sect or justifies or promotes sectarian hatred and violence. More generally, broadcasters must ensure that comment or opinion which has the capacity to incite hatred and contempt against any individual or group on the basis of race, sex, caste, nation, ethnicity, linguistic origin, colour, religion or sect is not only restricted but also condemned. Mixing religion with crass commercialism has dangerous consequences. Therefore, broadcasters need to assess whether advertising sponsorship of religious programming is in larger public interest.

URL: http://letusbuildpakistan.blogspot.com/2009/10/code-of-conduct-for-pakistani-media.html
Posted by Aamir Mughal at 9:53 AM