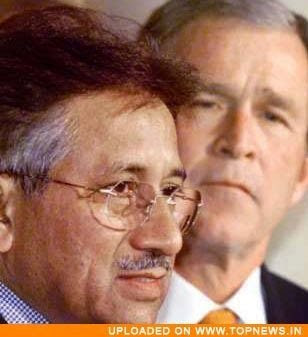 Once a month, Pakistan's Defense Ministry delivers 15 to 20 pages of spreadsheets to the U.S. Embassy in Islamabad. They list costs for feeding, clothing, billeting and maintaining 80,000 to 100,000 Pakistani troops in the volatile tribal area along the Afghan border, in support of U.S. counterterrorism efforts.

No receipts are attached.

In response, the Defense Department has disbursed about $80 million monthly, or roughly $1 billion a year for the past six years, in one of the most generous U.S. military support programs worldwide. The U.S. aim has been to ensure that Pakistan remains the leading ally in combating extremism in South Asia.

But vague accounting, disputed expenses and suspicions about overbilling have recently made these payments to Pakistan highly controversial -- even within the U.S. government.

The poor showing in Monday's parliamentary election by the party of President Pervez Musharraf, whose government has overseen local disbursement of the money, may make Congress look closer at all U.S. financial assistance to the country. Questions have already been raised about where the money went and what the Bush administration got in return, given that pro-American sentiment in Pakistan is extremely low and al-Qaeda's presence is growing steadily stronger.

In perhaps the most disputed series of payments, Pakistan received about $80 million a month in 2006 and 2007 for military operations during cease-fires with pro-Taliban tribal elders along the border, including a 10-month truce in which troops returned to their barracks.

The Bush administration has acknowledged some problems, but still says that the program -- part of a costly military effort known as the Coalition Support Fund -- is worth every penny. "Yes, we may have overpaid, but it's still a good deal," said a senior administration official involved in Pakistan policy, noting that more than 1,000 Pakistani troops have been killed while assisting Operation Enduring Freedom.

"Padding? Sure. Let's be honest, we're talking about Pakistan, which has a legacy of corruption," added another U.S. official familiar with past U.S. payments. "But if they're billing us $5 billion and it's worth only $4 billion, the question is whether it's worth nickel-and-diming it if it's such a top national security objective. If it's in the ballpark, does the bigger picture call for continuing on with a process that does generate significant progress on the war on terror? They do get their hands on people we can't."

U.S. officials say the payments to Pakistan -- which over the past six years have totaled $5.7 billion -- were cheap compared with expenditures on Iraq, where the United States now spends at least $1 billion a week on military operations alone.

"My sense is that the Pakistani military would not be out on the border if not for the Coalition Support Funds. That's the baseline cost of getting them out on a mission that is really our mission," said Craig Cohen, a fellow at the Center for Strategic and International Studies and the author of a recent study on U.S.-Pakistan relations.

Yet the Bush administration has recently begun to scrutinize Pakistan's bills more closely. Washington delayed payment of about $78 million of $360 million for the March-June 2007 quarter now working its way through the reimbursement process. Pakistan will receive only $282 million later this month, U.S. officials said, with additional payment once it provides more detailed accounting.

It recently rejected a Pakistani bill, officials say, for "roads and tracks" -- for its Navy operations, U.S. officials said.

Some regional specialists question whether the Pentagon's money is being well spent. "The amount that's been spent on the Coalition Support Fund, given the results, is a reminder that the Pakistani will just might not be there," Cohen said. "Most Pakistanis see this as America's war."

Congressional officials and others are concerned that the administration has been so eager to prop up Musharraf that it overlooked U.S. foreign aid and accounting standards. A congressional oversight subcommittee is also set to begin an investigation next month, while the Government Accountability Office plans to finish its own inquiry in April.

"We have had an enormous amount of money going out there since 9/11, and I'm not satisfied that we're getting the kind of accounting that would warrant a determination that this is money well spent, or whether we should change the direction of the money and get more bang for our buck another way," said Rep. John F. Tierney (D-Mass.) chairman of the national security and foreign affairs subcommittee of the oversight committee looking into the program.

In a closed-door hearing in December, for example, Hill staffers pressed Richard Boucher, assistant secretary of state for South Asia, to provide receipts for every Pakistani expense over $1 million, a request the State Department has not yet met. The U.S. government generally requires receipts when it reimburses entities for expenses.

The process is laborious, officials acknowledge, with many players blaming one another for allowing the Pakistani bills to move through the system without stronger oversight.

After the spreadsheets are delivered, officials at the U.S. Embassy try to verify that Pakistan incurred expenses in support of combat activity on the Afghan border. "It's a big job to go through and figure out what the Pakistanis have spent. The State Department doesn't know the toys," said the second U.S. official familiar with policy.

He added: "The embassy doesn't have the manpower or expertise to tell whether an aviator widget doohickey costs 50 or 50,000 rupees, or to find out if they really burned out four aviatics packages in an Apache helicopter and, if so, could we see them because maybe they only need maintenance." This first review takes about a month, officials say.

The spreadsheets then go to U.S. Central Command in Tampa, where officials evaluate claims and recommend reimbursement if the expenditures meet U.S. strategy. But the U.S. Embassy's initial approval greases much of the rest of the process, U.S. officials said. This second review takes about six weeks, the sources said.

The Pakistani bills then go to the Pentagon, where comptrollers determine whether they are reasonable and credible, based in part of the costs of fielding U.S. troops, a senior Pentagon official said. That third review takes about five weeks, U.S. officials said.

The bills are then sent to the Office of Management and Budget, where officials have expressed concern about poor documentation but have little leverage at this stage of the process to challenge them, several U.S. officials said. The undersecretaries of defense and state then formally concur that the operations are consistent with U.S. policy and that they do not change the regional balance of power.

The Pentagon next notifies the four Senate and House defense oversight committees. If no congressional holds are issued within 15 days -- and none have been so far in six years -- the Pentagon issues a check five days later.

Administration officials insist that the U.S. arrangement with Pakistan is unique. "Don't compare it to an audit," Pentagon spokesman Geoff Morrell said. "They are a sovereign government assisting us rather than someone who works for us. They are an ally. They are acting on our behalf to go after terrorists in support of Operation Enduring Freedom."

To resolve tensions over the program, Congress, the State Department, and the Office of Management and Budget have all argued for the money to be tied to specific counterterrorism programs, rather than general military support. But some officials still worry that adding conditions would lead Islamabad to reduce cooperation on the most pivotal frontline in fighting extremism.

"We don't want to offend the Pakistanis," said the second U.S. official familiar with the policy. "What if the balance of their calculus changes and they decide that cooperation is more than it's worth? We do have to take that into account."