The National Accountability Bureau is Pakistan's apex anti-corruption organization. It is charged with the responsibility of elimination of corruption through a holistic approach of awareness, prevention and enforcement. It operates under the National Accountability Ordinance-1999, with its headquarter at Islamabad. REFERENCE: http://www.nab.gov.pk/
IN an interview, Lt-Gen Hafiz is said to have termed the National Accountability Bureau (NAB) a ‘professional’ organization run by qualified people. What sort of professional organization is he talking about? The Merriam - Webster dictionary defines the word professional as “characterized or conforming to the ethical standard of a profession.” The Bureau was constituted with the aim of bringing the corrupt to justice and free society from the menace of graft. Lt-Gen Syed Amjad was appointed its first chairman with Farooq Adam as prosecutor-general. Several high profile politicians and bureaucrats were arrested in the beginning and lodged haphazardly at different police stations without any record on paper as NAB was itself groping for ways and means to legalize these arrests.

One can recall the statement of Farooq Adam in the apex court that NAB had ‘dumped and forgotten’ former chairman of the HBFC, Siddiqul Farooq. Can that organization be termed professional whose PG (seniormost prosecuting officer) issues such a feckless statement in front of Supreme Court judges? NAB prepared dozens of corruption cases against the Sharif family and it was claimed with full confidence that this organization would bring all members of the Sharif family to justice. But the military government wanted them to leave the country. A ‘deal’ (still a mystery) was struck and they were flown overnight out of the country. This was in complete negation of the NAB Ordinance but this professional organization remained a silent spectator to the episode. In a series of other events, some of the top-notch politicians under NAB custody were released on one pretext or another with the promise to switch loyalties to the government. And now the investigations initiated by NAB against the former chairman of Evacuee Trust Property Board, Lt-Gen Javed Nasir, are dragging on. After all that has happened, is it right to call NAB a professional organization run by qualified people? 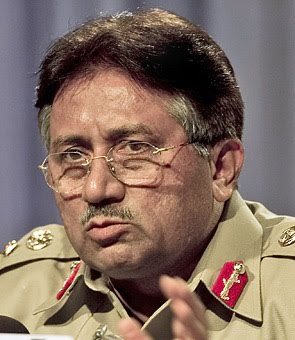