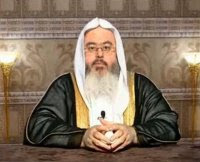 Determining whether someone is a kaafir or a faasiq (faasiq) is not up to us, rather it is up to Allaah, may He be exalted, and His Messenger (peace and blessings of Allaah be upon him). This is one of the rulings of sharee’ah that is to be referred to the Qur’aan and Sunnah, so we should be very careful and base our judgement on clear proof. No one may be judged to be a kaafir or faasiq except the one whom the Qur’aan and Sunnah indicate is a kaafir or faasiq. The basic principle is that the one who appears outwardly to be a Muslim of good character is regarded as still being a Muslim of good character, until it is proven that this is no longer the case by means of evidence that is acceptable in sharee’ah. It is not permissible to take lightly the matter of judging someone to be a kaafir or faasiq, because that involves two very serious matters: Deatils: REFERENCES: Guidelines on takfeer (ruling someone to be a kaafir) http://islamqa.info/en/ref/85102/takfeer
SHK.SYED MERAJ RABBANI TOPIC:QADIANI HI KAFIR KU? PART 3