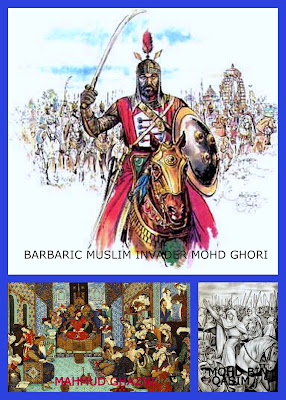 Twenty-three years past the independence of Pakistan, history writing has been rather disappointing. Official historians and textbook writers focus exclusively on and reiterate the Pakistan movement and there is no research on ancient India, the medieval period or the colonial era. In the absence of any alternative school of history, grandiose national narratives come across as dull and boring. According to official history, partition not only divided the subcontinent into two separate countries but it also partitioned history. Consequently, ancient India is not a part of our historiography. History writing in Pakistan is controlled by the bureaucrats and politicians who direct historians on how to write history which suits their interests and justifies their policies. It is in the interest of the state to use it to historicise the ideology of Pakistan. This task was faithfully accomplished by I.H. Qureshi in his two books Muslim Community in the Indian subcontinent and Ulema and Politics, in which he skillfully distorts events and adjusts them within the framework of the ideology of Pakistan. The next historian to follow him was S.M. Ikram, who traced the roots of two nations in medieval India. Hence officially, the history of Pakistan begins from the Arab conquest of Sindh. According to this point of view Sindh became Bab-ul-Islam or the gateway to Islam. It linked our history with the Umayyad and Abbasid caliphates, alienating it from ancient Indian history. This interpretation creates a Muslim consciousness that seeks its identity outside India. However, the truth of history is quite different. Sindh became separate and independent as soon as the Abbasid caliphate declined and local dynasties replaced Arab rule. Arabs who settled in Sindh assimilated in the local culture and identified themselves as Sindhis. Pakistan has rich cultural heritage and a glorious ancient past. The discovery of the Indus valley civilisation astonished and amazed the world of its achievements. Its important towns, Harappa and Mohenjodaro, located in Pakistan, boasted of the advanced and developed culture of this area unlike the Mesopotamian and Egyptian civilisations. Although there were no palaces here, the temples and tombs indicate that the common man was not exploited like in other civilisations across the world. REFERENCE: Past Present: History they wrote by Mubarak Ali 29th May, 2011 http://dawn.com/2011/05/29/past-present-history-they-wrote/
Dr Mubarak Ali on Indo Pak Peace SAFMA Seminar

The Subtle Subversion The State of Curricula and Textbooks in Pakistan Editors: A. H. Nayyar and Ahmad Salim 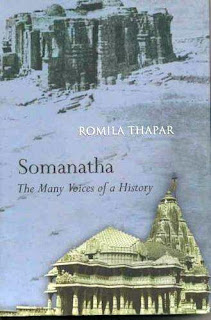 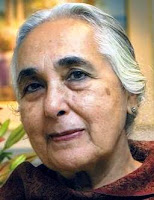 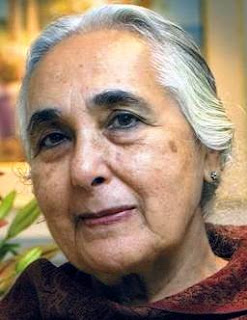 
OPINION: Creationism By Any Other Name… Hindu Americans have a legitimate right to a fair and culturally sensitive representation in public school curricula. However, no one has a right to distort the truth and push their own political agendas at the expense of American school children. ROMILA THAPAR, MICHAEL WITZEL FEB 28, 2006 http://www.outlookindia.com/article.aspx?230381 "Delhi Historians Group's Publication "Communalization of Education: The History Textbooks Controversy", A report in 2002, New Delhi: Jawaharlal Nehru University, India http://www.friendsofsouthasia.org/textbook/NCERT_Delhi_Historians__Group.pdf 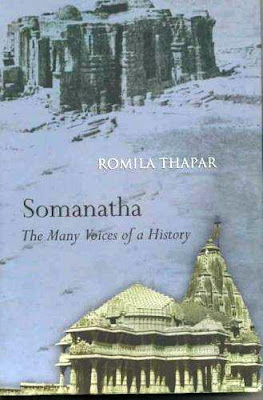 While some of us lament the repetition of history, the men who run India are busy rewriting it. Their efforts, regrettably, will only be bolstered by the landslide victory earlier this month of the Bharatiya Janata Party in the Western India state of Gujarat. The B.J.P. has led this country's coalition government since 1999. But India's Hindu nationalists have long had a quarrel with history. They are unhappy with the notion that the most ancient texts of Hinduism are associated with the arrival of the Vedic ''Aryan'' peoples from the Northwest. They don't like the dates of 1500 to 1000 B.C. ascribed by historians to the advent of the Vedic peoples, the forebears of Hinduism, or the idea that the Indus Valley civilization predates Vedic civilization. And they certainly can't stand the implication that Hinduism, like the other religious traditions of India, evolved through a mingling of cultures and peoples from different lands. Last month the National Council of Educational Research and Training, the central government body that sets the national curriculum and oversees education for students up to the 12th grade, released the first of its new school textbooks for social sciences and history. Teachers and academics protested loudly. The schoolbooks are notable for their elision of many awkward facts, like the assassination of Mahatma Gandhi by a Hindu nationalist in 1948. The authors of the textbook have promised to make revisions to the chapter about Gandhi. But what is more remarkable is how they have added several novel chapters to Indian history.
Thus we have a new civilization, the ''Indus-Saraswati civilization'' in place of the well-known Indus Valley civilization, which is generally agreed to have appeared around 4600 B.C. and to have lasted for about 2,000 years. (The all-important addition of ''Saraswati,'' an ancient river central to Hindu myth, is meant to show that Indus Valley civilization was actually part of Vedic civilization.) We have a chapter on ''Vedic civilization'' -- the earliest recognizable ''Hindu culture'' in India and generally acknowledged not to have appeared before about 1700 B.C. -- that appears without a single date. The council has also promised to test the ''S.Q.,'' or ''Spiritual Quotient,'' of gifted students in addition to their I.Q. Details of this plan are not elaborated upon; the council's National Curriculum Framework for School Education says only that ''a suitable mechanism for locating the talented and the gifted will have to be devised.''
More recent history, of course, is not covered in school textbooks. So we will have to wait to see how such books might treat this month's elections in Gujarat. They were held in the wake of the brutal pogrom of last February and March, in which more than 1,000 Muslims were murdered and at least 100,000 more lost their homes and property. The chief minister of Gujarat, who is among the leading lights of the B.J.P., justified this atrocity as a ''natural reaction'' to an act of arson on a train in the Gujarati town of Godhra, in which 59 Hindu pilgrims lost their lives.
The ruling party's subsequent election campaign was conducted against the rather literal backdrop of the Godhra incident: painted billboards of the burning railway carriage. The murdered Muslims were not accorded the same tragic status, although their pleas for justice created a backlash that played neatly into the campaign theme of Hindu Pride. It was, of course, a great success. The carefully nurtured sense of Hindu grievance has been nursed rather than sated by acts of mob violence: the destruction of the 15th-century mosque in Ayodhya, for instance, or the persecution of Christians in earlier pogroms in Gujarat's Dangs district. The B.J.P., along with its Hindu-supremacist cohorts, the R.S.S. (Rashtriya Swayamsevak Sangh) and the V.H.P. (Vishwa Hindu Parishad), has a seemingly irresistible will to power. (The R.S.S. and the V.H.P. are not political parties but ''social service organizations'' that have served as springboards to power for B.J.P. leaders like Narendra Modi, chief minister of Gujarat.)
In vanguard states like Gujarat, thousands of students follow the uncompromisingly chauvinistic R.S.S. textbooks. They will learn that ''Aryan culture is the nucleus of Indian culture, and the Aryans were an indigenous race . . . and creators of the Vedas'' and that ''India itself was the original home of the Aryans.'' They will learn that Indian Christians and Muslims are ''foreigners.'' But they still have much to learn. I once visited the bookshop at the R.S.S. headquarters in Nagpur. On sale were books that show humankind originated in the upper reaches of that mythical Indian river, the Saraswati, and pamphlets that explain the mysterious Indus Valley seals, with their indecipherable Harrapan script: they are of Vedic origin.
After I visited the bookshop I stopped to talk to a group of young boys who live together in an R.S.S. hostel. They were a sweet bunch of kids, between 8 and 11 years old. They all wanted to grow up to be either doctors or pilots. Very good, I said. And what did they learn in school? Did they learn about religion? About Hinduism, Christianity? They were silent for a few seconds -- until their teacher nodded. A bespectacled kid spoke up. ''Christians burst into houses and make converts of Hindus by bribing them or beating them.'' He said it without malice, just a breathless eagerness, as if it were something he had learned in social science class. Perhaps it was. Hijacking India's History By Kai Friese Published: December 30, 2002 http://www.nytimes.com/2002/12/30/opinion/30FRIE.html
Posted by Aamir Mughal at 8:50 AM