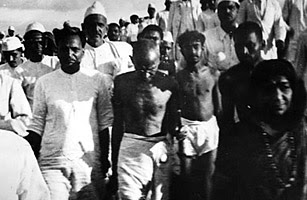 Gandhi's 240-mile journey marked the start of colonialism's demise. Courtesy: Time Weekly - Soon after saying his customary dawn prayers, Mahatma Gandhi emerged from his ashram to greet a crowd of thousands gathered to witness the start of his latest and most defiant protest against the "curse" of British rule. A volunteer band raised its horns and, it was reported, blared a few bars of God Save the King before it apparently dawned on the musicians that a rousing salute to the English sovereign was not the most appropriate send-off. Their fading notes were overtaken by the sound of coconuts being smashed together, a traditional Hindu sign of devotion. Gandhi, leaning on a lacquered bamboo staff, soon set out along the winding, dusty road. His destination: Dandi, 240 miles away, where 25 days later he would collect a few grains of salt in defiance of the British tax that forced locals to pay prices for the compound that were said to be up to 2,000% greater than its production costs. Following his lead, thousands of Indian villagers waded into the sea to extract salt themselves. Thus began Gandhi's campaign of nonviolent civil disobedience—and the beginning of the end of the British Empire. REFERENCE: 1923-1939 A Disobedient Saint's March By AMANDA BOWER Monday, Mar. 31, 2003 http://www.time.com/time/specials/packages/article/0,28804,1977881_1977883_1978093,00.html

Special Thanks: We suggest people should read as an introductory note a comment by the historian Dilip Simeon on his blog. Here are some excerpts: On January 20, a bomb exploded 75 feet away from the dais at Gandhi’s prayer meeting. One Madanlal Pahwa was arrested. Six other men escaped in a taxi. This was the fifth attempt on his life since 1934, and all of them were made by extreme Hindu nationalists. [. . .] On January 30, soon after he arrived at his prayer meeting, Nathuram Godse, editor of a Poona-based Marathi journal called Hindu Rashtra, fired three bullets at him at point-blank range and killed him. The story of this crime is complex (Payne 2003, 609-35). On February 4, the Government of India declared the Rashtriya Swayamsewak Sangh to be unlawful, noting that its members had “indulged in acts of violence involving arson, robbery, dacoity and murder.. carried on under a cloak of secrecy.” It accused the Sangh of “exhorting people to resort to terrorist methods.” The communique went on to state that “the cult of violence sponsored and inspired by the activities of the Sangh has claimed many victims. The latest and the most precious to fall was Gandhiji himself” (Goyal 1979, 202). The trial of eight conspirators including V.D. Savarkar took place through 1948. Godse made a speech stating his belief in in Savarkar’s ideal of Hindu nationalism, and his conviction that Gandhi was “a political and ethical imposter…a traitor to his faith and his country, a curse to India, a force for evil.., and the greatest enemy not only of Hindus, but of the whole nation” (Payne 2003, 637-41). Parts of the speech suggest that Godse saw himself as an agency of Lord Krishna. The speech remains popular with a certain section of political opinion. Godse and Narayan Apte were sentenced to death in February 1949 and hanged in November. They went to the gallows shouting Akhand Bharat amar rahe, not realising that a united India was also Gandhi’s dearest ideal. Unlike them, however, he did not believe that united India could be a Hindu Rashtra. Five conspirators were sentenced to life imprisonment, which in India those days meant fourteen years. Savarkar was acquitted for lack of evidence. However, doubts remained about the extent of the conspiracy; the behaviour of the Bombay and Delhi police between January 20 and 30; and the evidence of V.D. Savarkar’s involvement. In 1965, the Government of India set up a Commission of Inquiry into the Conspiracy to Murder Mahatma Gandhi, headed by Justice Jivanlal Kapur of the Supreme Court. It examined evidence not produced during the trial, including the testimony of Savarkar’s bodyguard Appa Ramachandra Kasar, and his secretary Gajanan Vishnu Damle. Had they testified in 1948, Savarkar would have been convicted. The evidence confirmed Godse and Apte’s visits to Savarkar on January 14 and 17, 1948. Kasar told the Commission that they visited Savarkar again on or about January 23, upon their return from Delhi after the bomb incident. Damle stated that Godse and Apte saw Savarkar “in the middle of January and sat with him in his garden.” Justice Kapur’s findings were clear. He noted the deadly negligence of the police. And he concluded that the facts taken together undermined “any theory other than the conspiracy to murder by Savarkar and his group.” (Noorani, March 2003). REFERENCE: 1969 Report of Jeevan Lal Kapur Commission of Inquiry in to Conspiracy to Murder Mahatma Gandhi (Part 1 and Part 2) Thursday 29 March 2012 http://www.sacw.net/article2611.html 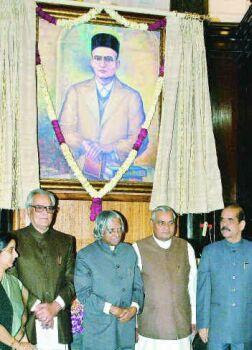 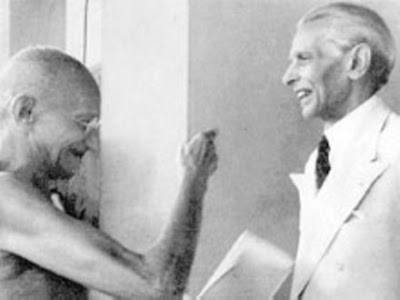 
Gopal Godse- "THE LAST CONFESSION OF THE ASSASSIN" - Part I

Gopal Godse- "THE LAST CONFESSION OF THE ASSASSIN" - Part II

Gopal Godse- "THE LAST CONFESSION OF THE ASSASSIN" - Part III 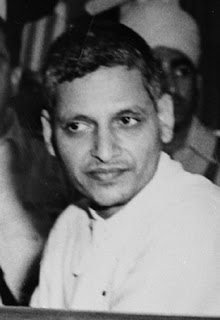