Murder of History in Pakistan. 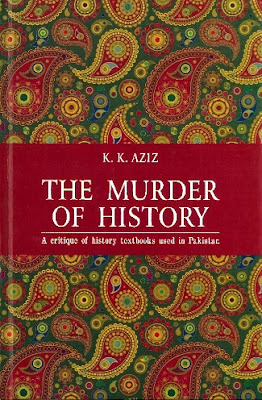 PAKISTAN is a part of India and P.V. Narasimha Rao is the prime minister of the country. This is being taught to school students in some Indian states, according to a member of parliament. S. Semmalai, of the Anna Dravida Munnetra Kazhagam (ADMK), highlighted these monstrosities in Lok Sabha on Wednesday while referring to the controversy over an Ambedkar cartoon in textbooks during a discussion on an amendment bill concerning educational institutions. Dr B.R. Ambedkar, born into a lower caste family, was a crusader for Dalit rights who headed the body that drafted India’s post-independence constitution. “In the textbooks of Karnataka, it is mentioned even now that Pakistan is a part of India. It went on to state that American constitution is based on capitalism. Class-III students of Urdu medium in Andhra Pradesh are taught that P.V. Narasimha Rao is the prime minister of the country,” Semmalai said, evoking laughter all around the house. Finding further fault with the textbooks, he said: “In some textbooks a forest is defined as a group of trees and heavy industry is defined as one where heavy type of raw materials are used.” The member said that only 15 per cent of graduates were suitable for employment. It reflects the poor quality of education at all levels, from primary to higher levels. He lamented: “If this is the quality and stuff that we provide to our students, one can imagine what will be the standard of our students. “Unless we make concerted efforts to allocate six per cent of the GDP to education, our goal will remain unreachable,” he added. REFERENCE: Karnataka textbook says Pakistan part of India http://dawn.com/2012/05/17/karnataka-textbook-says-pakistan-part-of-india/


Maulana Abul Kalam Azad: The Man Who Knew The Future Of Pakistan Before Its Creation by Shorish Kashmiri, Matbooat Chattan, Lahore http://www.newageislam.com/books-and-documents/maulana-abul-kalam-azad--the-man-who-knew-the-future-of-pakistan-before-its-creation/d/2139

Sethi - Murder of History in Pakistan - 1

Sethi - Murder of History in Pakistan - 2

Sethi - Murder of History in Pakistan - 3

Sethi - Murder of History in Pakistan - 4


Sethi - Murder of History in Pakistan - 6 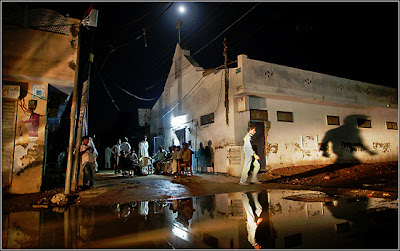