Edict of Heresy (Takfir) is just a Slogan!

For all its faults, the outgoing democratic government had put no leash whatsoever on the media. From Kerry-Lugar-Berman act to the Rental Power Plant cases the media dragged the politicians over the coals and kept the government on its toes. But one area where the media either remained mum and worse underreported or misreported the events was the ongoing Shia genocide in Pakistan. Initially, the media self-censored and did not report identity of the victims as Shia being killed solely for their faith. But when the killings rose exponentially, media, and even human rights activists, squabbled over whether the magnitude of extermination of the Shia ‘justifies’ calling it as genocide. When finally the international media started taking cognizance of the Shia genocide in Pakistan, the apologists of the killers in the local media sprang into action presenting the vicious hatemongers as some benign reformists seeking reconciliation. The English press was relatively immune to this affliction but one English weekly hit a new low last week, publishing an interview of the Ahle-Sunnat-wal-Jamaat (ASWJ) — another name for the banned terrorist group Sipah-e-Sahaba Pakistan (SSP) — leader Muhammad Ahmad Ludhianvi. The weekly asked the rabblerousing cleric that his outfit is known for chanting the slogan ‘Kafir, Kafir Shia Kafir (apostate, apostate, the Shia are apostate)’ in public rallies but does it not provoke the people to attack the Shia? Ludhianvi’s response was: “Kafir, Kafir Shia Kafir is just a slogan, like any other, such as Roti, Kapra aur Makaan (bread, clothing and shelter). It does not tell anyone to kill Shias. Speeches of Haq Nawaz Jhangvi are available online and in the market. He used this slogan throughout his life but never said Shias should be killed. We call Shias kafir on the basis of a unanimous edict issued by highly reputable jurists of Deoband. This slogan is not the reason behind the killing of Shias, and we don’t force people to chant the slogan in our rallies.” A slogan like Roti, Kapra aur Makaan? Give me a break, dear editors. No follow up questions were asked about what right does an individual or a seminary — even Deoband — has to ostracise and condemn a community as apostates. Ludhianvi was not confronted with the content from the hundreds of speeches in which he and his cohorts have pledged to make the life miserable for the Shia, made barely concealed calls to arms against the Shia and innuendo about exterminating them. The ostensibly liberal publication gave space quite liberally to Ludhianvi to bash the Shia without a single challenging question being asked. Granted that journalists have to deal with all manner of unsavoury characters but giving projection with such kid-glove treatment to ranting clerics who openly and/or off-the-record threaten the very existence of the Shia seriously impugns the liberal credentials of the editors of the weekly. While politicians are rightly chastised for a spineless and toothless stint but puff interviews like Ludhianvi’s make one wonder if the media has served as a watchdog or lapdog of terrorists. REFERENCE: COMMENT : Terrorism: is media a watchdog or lapdog? — Dr Mohammad Taqi Thursday, March 21, 2013 http://www.dailytimes.com.pk/default.asp?page=2013\03\21\story_21-3-2013_pg3_2

Takfiris and Apostasy by Sheikh Nasiruddin Albani by Aamir Mughal 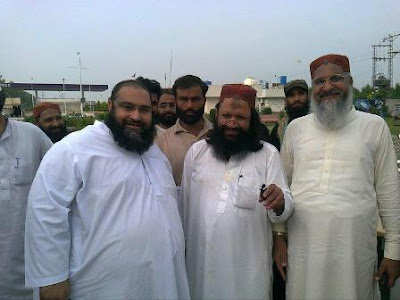 March 15-21, 2013: The Friday Times: Your outfit is known for chanting the slogan Kafir Kafir Shia Kafir in public rallies. Doesn't that provoke people to attack Shias? --- Maulana Muhammad Ahmed Ludhianvi: Kafir Kafir Shia Kafir is just a slogan, like any other, such as Roti, Kapra aur Makaan. It does not tell anyone to kill Shias. Speeches of Haq Nawaz Jhangvi are available online and in the market. He used this slogan throughout his life but never said Shias should be killed. We call Shias Kafir on the basis of a unanimous edict issued by highly reputable jurists of Deoband. This slogan is not the reason behind the killing of Shias, and we don't force people to chant the slogan in our rallies. REFERENCE: 'Sectarianism has nothing to do with recent terrorism in Pakistan' March 15-21, 2013 - Vol. XXV, No. 05 http://www.thefridaytimes.com/beta3/tft/article.php?issue=20130315&page=5


Blasphemy Law and Deobandis (as Per Deobandi Books) http://www.scribd.com/doc/99207379/Blasphemy-Law-and-Deobandis-as-Per-Deobandi-Books

Blasphemy Law and Deobandis (as Per Deobandi Books) by Aamir Mughal


It has become very convenient for Pakistani Muslims to blame anyone (mostly Non-Muslims) for Blasphemy and then Murder him/her whereas Books by South Asian Mullahs and Sufis (mostly Deobandis and Barelvis) are full of extremely Blasphemous narrations, read The Pure Faith by Late. Dr Masooduddin Usmani (Captain. Retd) http://www.scribd.com/doc/101135442/The-Pure-Faith-Part-I

The Pure Faith Part I by Aamir Mughal

Blasphemy Law and Barelvis (as Per Deoband) by Aamir Mughal

Sufi might have been a little Kafir too: Munawar (Jamat-e-Islami) 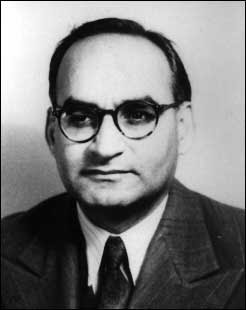 The Munir Commission Report (Lahore, 1954) states: “Keeping in view the several definitions given by the ulema, need we make any comment except that no two learned divines are agreed on this fundamental? If we attempt our own definition, as each learned divine has, and that definition differs from all others, we all leave Islam’s fold. If we adopt the definition given by any one of the ulema, we remain Muslims according to the view of that alim, but kafirs according to everyone else’s definition.” The report elaborated on the point by explaining that the Deobandis would label the Barelvis as kafirs if they are empowered and vice versa, and the same would happen among the other sects. The point of the report was that if left to such religious ‘scholars’, the country would become an open battlefield. Therefore, it was suggested that Pakistan remain a democratic, secular state and steer clear of the theological path. Unfortunately, this suggestion was not heeded and, consequently, the exact opposite happened. Pakistan became hostage to the mullahs and is now paying a heavy price. Our politicians played into the hands of these fanatics for expedient political reasons and overlooked the diminishing returns from such an unwise overture. The journey of politicising Islam began with the Objectives Resolution. Jinnah envisioned a secular Pakistan, but Liaquat Ali Khan made the mistake of adopting the Objectives Resolution in 1949 that stated, “Sovereignty belongs to Allah alone but He has delegated it to the State of Pakistan through its people for being exercised within the limits prescribed by Him as a sacred trust.” This stipulation gave the mullahs the chance they were looking for, a chance to flash their religious card and put fear in the heart of the ignorant masses. After moving the Objectives Resolution in the Constituent Assembly, Liaquat Ali Khan said, “As I have just said, the people are the real recipients of power. This naturally eliminates any danger of the establishment of a theocracy.” Although he believed in the power of the people and aimed for a secular, democratic rule, yet by bringing the name of religion into the Objectives Resolution, he gave an edge to the mullahs who later claimed it as their licence to impose the Shariah. And so began the rise of the fanatics. Ulema did not wait long to demand their share of power in running the new state. Soon after independence, Jamat-i-Islami made the achievement of an Islamic constitution its central goal. Maulana Maududi, after the creation of Pakistan, revised the conception of his mission and that of the rationale of the Pakistan movement, arguing that its sole object had been the establishment of an Islamic state and that his party alone possessed the understanding and commitment needed to bring that about. Jamat-i-Islami soon evolved into a political party, demanding the establishment of an Islamic state in Pakistan. It declared that Pakistan was a Muslim state and not an Islamic state since a Muslim State is any state which is ruled by Muslims while an Islamic State is one which opts to conduct its affairs in accordance with the revealed guidance of Islam and accepts the sovereignty of Allah and the supremacy of His Law, and which devotes its resources to achieve this end. According to this definition, Pakistan was a Muslim state ruled by secular minded Muslims. Hence the Jamat-i-Islami and other religious leaders channeled their efforts to make Pakistan an "Islamic State." REFERENCE: Source for further reading: Report of the Court of Inquiry constituted under Punjab Act II of 1954 to enquire into the Punjab Disturbances of 1953 (Lahore: Government Printing Press, 1953), pp. 201-235. Section numbers have been added by FWP. Paragraphs in the original text have been lettered for convenience in discussion, and then broken into shorter ones for ease in reading. Punctuation has occasionally been adjusted for clarity, and small errors have been corrected. All editorial annotations in square brackets are by FWP. All italicized transliterations are those of the original text. Selections from Part IV of the MUNIR REPORT (1954)  http://www.columbia.edu/itc/mealac/pritchett/00islamlinks/txt_munirreport_1954/index.html Munir Commission Report (1954) http://www.scribd.com/doc/100215583/Munir-Commission-Report-1954
Posted by Aamir Mughal at 4:06 AM