Is Revolution Possible in Pakistan? 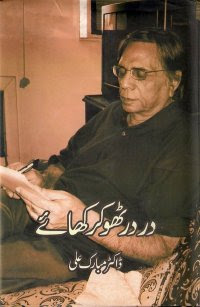 On July 14, 1789, the people of Paris, protesting against the authority of the king and his anti-people policies, stormed Bastille castle and, after killing the governor and guards, looting weapons from its store and releasing its inmates, razed it to the ground. When the matter was reported to the king at his Versailles palace he asked his surrounding courtiers: “Is it a rebellion?” Someone corrected him: “No, your majesty, it is a revolt.” The Revolution which began from Paris changed the whole course of history. It became a model for revolutionaries throughout the world who are inspired by its ideas and results. Sine then, the term revolution has become attractive and romantic and is used widely whenever people are dissatisfied with their rulers and find society polluted by corruption, bad governance and disorder; at times like these they always think about a revolution which would not only wipe out all evils but change society for the better.

Is Revolution Possible in Pakistan - Part 1


In Pakistan we hear warnings of a bloody revolution, not just from the deprived and helpless people who are suffering and enduring the hardships of life but also from politicians who are enjoying all the privileges of the system. We are facing so many social, political and economic problems that many believe there is no other solution except a revolution to solve them. Is a revolution possible in Pakistan? A revolution does not come from above; it emerges from within. If we compare Pakistan with pre-revolutionary France, we find some similarities but also some major differences. In case of similarities, in France, the privileged upper classes had all the resources to enjoy the pleasures of life. They were exempted from taxes, lived in luxury at Versailles at the royal court, away from the rest of France, unaware of the plight and misery of common people. The army was strong and spent a major part of state revenue on its maintenance. All high posts and ranks were reserved for the children of privileged families. The clergy and nobility usurped surplus agriculture produce from peasants and left them in poverty and hunger. Versailles, the capital, became famous for its celebrations, fests, hunting parties, and of course, intrigues.
Is Revolution Possible in Pakistan - Part 2

However, the difference between that society and ours is that they had a strong intellectual tradition upheld by encyclopaedists, philosophers, and thinkers, such as Montesquieu, Voltaire, and Rousseau. They challenged outdated traditions and sought to create an enlightened society. The French society also had a vibrant middle class which included traders, lawyers, teachers, doctors, and other professionals who played an important role by displaying their professional talents and skill. It was the middle class which motivated people to come forward and change the old system. The revolution passed through different phases. On August 4, 1789, in the session of National Assembly which was surrounded by the crowds who were watching the proceedings, the nobility voluntarily agreed to abolish feudalism. Different experiments were made in drafting the constitution. “Declaration of Rights of Men” was issued, guaranteeing fundamental rights. This was followed by the Reign of Terror which did not spare even the leaders of the revolution. Dr Guillotine’s machine, which bears his name, was invented to bring equality to the process of executing the condemned; earlier, the tradition was that commoners would be hanged while any person of noble birth, if he faced execution, would be beheaded. Tragically Dr Guillotine was also guillotined.
Is Revolution Possible in Pakistan - Part 3


At this stage the bourgeoisie acted to stop the revolution, mercilessly crushing the peasants and common people, as they did not wish the revolution to endanger the institution of private property. Once they achieved their goals, they effectively called a halt. However, overall the revolution achieved its objectives; it ended the old system and opened gates for change. Keeping in view this historical background, chances for any revolution are bleak in Pakistan. First, we do not have any serious or thoughtful intellectual movement which can bring forth new ideas and thoughts — an important ingredient for a revolution. Secondly, we do not have a strong middle class which could challenge the present set-up and produce an alternative system. A large section of our professional class has already left the country for Canada, USA, or Europe. People are too entangled in religious conflicts and emotionally involved in religious slogans and not ready to accept new ideas. Our ruling class, who feel safe in Islamabad surrounded by high security, are satisfied and content. None of the powerful groups, including the army, bureaucracy and politicians, are interested in any change. The state is ready to crush any attempt to challenge its authority. Under these circumstances, the slogan of a revolution does nothing but create an illusion which is far from reality. REFERENCE: In the name of revolution By Mubarak Ali Sunday, 18 Jul, 2010 http://news.dawn.com/wps/wcm/connect/dawn-content-library/dawn/news/pakistan/04-revolution-pak-qs-02
Dr. Mubarak Ali - PhD (on Mughal Period, India) from Ruhr University, Bochum, Germany. Former head of history department of Sindh University - Pakistan. He was the director of the Goethe Institute in Lahore, until 1996.
Posted by Aamir Mughal at 12:20 PM