On 23rd Nov 2010, a Senior Parliamentarian of Pakistan Muslim League (Nawaz), Khawaja Muhammad Asif [A Former Executive of The Bank of Credit and Commerce International (BCCI)] while talking on Talk Show "NEWSBEAT" of Samaa TV, "lectured" the nation about Corruption, Accountability of Generals and what not, he also named "Mehran Bank Scandal" and other such scams while completely forgetting about the beneficiaries of "Mehran Bank Scandal" e.g. Mr. Nawaz Sharif and countless others. One is amazed at the sudden MEMORY LOSS of otherwise very sharp Khawaja Muhammad Asif, because not in a very distant past Mr. Nawaz Sharif and Shahbaz Sharif had met with a Key Culprit of Mehran Bank Scandal i.e. General (Retd) Mirza Aslam Beg: REFERENCE: Meanwhile, Muhammad Nawaz Sharif and Muhammad Shahbaz Sharif met General (retd) Mirza Aslam Beg at his residence. During the meeting, Nawaz Sharif told Aslam Beg that the restoration of judiciary was a joint agenda of the coalition parties. PML-N open to accept PPP nominee for PM By Muhammad Anis Thursday, March 13, 2008, Rabi-ul-Awal 4, 1429 A.H. [The News International http://www.thenews.com.pk/TodaysPrintDetail.aspx?ID=13541&Cat=13&dt=3/13/2008 ]: More References: PAC inquiry into NLC scam to go ahead From the Newspaper November 25, 2010 (2 days ago) By Khawar Ghumman http://www.dawn.com/2010/11/25/pac-inquiry-into-nlc-scam-to-go-ahead.html REFERENCE: Three ex-Army generals found guilty of Rs 25 bn scam By Rauf Klasra Saturday, October 02, 2010 Shawwal 22, 1431 A.H. http://www.thenews.com.pk/02-10-2010/Top-Story/1022.htm
Martial Law, NRO, NAB & Across The Board Accountability 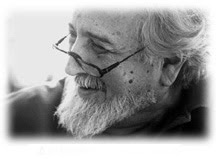 Nothing, with regard to the dubious activities of our so-called agencies has changed since 1994 and I now relate a story of those days. The ISI is, right now, at its old games, spending our money and 'fixing' our future, particularly in the province of Sindh where its interference and placements bode ill. In September of 1994 Kamran Khan of The News and The Washington Post came calling. He told me how earlier that year he had asked for an appointment with the then leader of the opposition, Nawaz Sharif, to interview him on his relationship with the army and the security services whilst he was prime minister. He was asked to go to Lahore and meet the Mian. When on May 16 Kamran arrived at Nawaz's Model Town house, there was an army of men equipped with bulldozers demolishing the security fences and structures Nawaz had built on adjoining land, not his to build upon (akin to those built around Karachi's Bilawal House). The breakers had been on the job since dawn. Kamran found Nawaz angry but composed. He was amply plied and refreshed with 'badaam-doodh' and Nawaz, his information wizard Mushahid Hussain and he settled down to talk and continued to do so until late afternoon when Kamran left to fly back to Karachi. 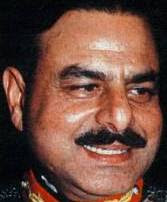 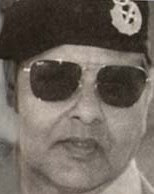 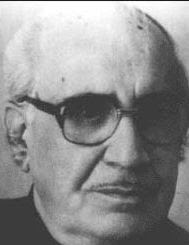 Nawaz opened up by congratulating Kamran on his Mehrangate exposures which had recently appeared in the press, asking how the inquiry was progressing, and giving his own views. They exchanged information, each believing the other was being informed. They talked about how COAS Aslam Beg (sporter of shades in the shade) managed to get Rs 14 crore (140 million) from Yunis Habib, then of Habib Bank. This was deposited in the 'Survey Section 202' account of Military Intelligence (then headed by Major-General Javed Ashraf Kazi). From there Rs 6 crore was paid to President Ghulam Ishaq Khan's election cellmates (General Rafaqat, Roedad Khan, Ijlal Hyder Zaidi, etc.), and Rs 8 crore transferred to the ISI account. After lunch, Nawaz brought up the subject of how Aslam Beg early in 1991 had sought a meeting with him (then prime minister) to which he brought Major-General Asad Durrani, chief of the ISI. They told him that funds for vital on-going covert operations (not identified by Nawaz) were drying up, how they had a foolproof plan to generate money by dealing in drugs. They asked for his permission to associate themselves with the drug trade, assuring him of full secrecy and no chance of any trail leading back to them. Nawaz remarked that on hearing this he felt the roof had caved in on him. He told them he could have nothing to do with such a plan and refused to give his approval. The Washington Post had just broken Kamran's story and when I asked why it had not broken earlier, he told me how they check and recheck, and that in the meantime, he had been busy with the Mehrangate affair on which, between May and August, he had filed seven stories. We must again ask: was Nawaz capable of saying what he did? Yes. Did Kamran invent the whole thing? Not likely. Is The Washington Post a responsible paper with credibility? Yes. Everybody who is anyone in Washington reads it over breakfast. Has it ever made mistakes? Yes. REFERENCE: We never learn from history By Ardeshir Cowasjee 21 July 2002 Sunday 10 Jamadi-ul-Awwal 1423 http://www.dawn.com/weekly/cowas/20020721.htm
Asghar Khan - former Air Chief Marshall of the Pakistan Air Force, Chairman of the Tehrik-e-Istaqlaal political party, and a man renowned for his integrity and clarity - vociferously denounces Pak Army and intelligence agencies' interference in political process via distribution of cash to favored politicians. He explains how: (a) Army officers are obligated to obey only lawful commands of their superiors and should be prosecuted for bribery of politicians; (b) intelligence officials do not need a lawyer but only their conscience to decide which order are illegal; (c) there have never been any elections free from fraud since mid-70s; and (d) successive Pak governments have deliberately dragged ISI into domestic politics to suit their purpose. This interview was recorded in 2009 as part of "Policy Matters" program. REFERENCE: http://www.youtube.com/watch?v=-r8-w5Cawrs [Courtesy: Kashif H Khan]
Asghar Khan: ISI Bribery of Pak Politicians -1/2
URL: http://www.youtube.com/watch?v=-r8-w5Cawrs
Asghar Khan: ISI Bribery of Pak Politicians -2/2
URL: http://www.youtube.com/watch?v=FOtna-6RZag&feature=related
Asghar Khan: ISI Bribery of Pak Politicians
URL: http://www.youtube.com/watch?v=9varQhZWSUI
Asghar Khan: ISI's Role in Pak Politics -1/2
URL: http://www.youtube.com/watch?v=6u_4vZloT68
Asghar Khan: ISI's Role in Pak Politics -2/2
URL: http://www.youtube.com/watch?v=cVl2w1vb7mY&feature=related


"The point that I have 'wargamed' in my mind very often is: what is the object of this exercise? (a) If it is to target the opposition, it might be their legitimate right to take donations, especially if they come through 'secret channels'. Some embarrassment is possible, but a few millions are peanuts nowadays. (b) If the idea is to put Gen Beg on the mat: he was merely providing 'logistic support' to donations made by a community 'under instructions' from the government and with the 'consent' of the military high command. In any case; I understand he is implicated in some other deals in the same case. (c) GIK will pretend ignorance, as indeed he never involved himself directly. (d) Of course, one has to meet the genuine ends of law. In that case let us take care of the sensitivities like special operations and possibly that of the army. "It was for these reasons that I desperately wanted to see you before leaving. I also wanted to talk about my farewell meeting with the COAS [General Waheed Kakar]. In the meantime you must have met often enough and worked out what is in the best interest of the country. I keep praying that all these natural and man-made calamities are only to strengthen us in our resolve and not in any way reflective of our collective sins. With best regards and respects Yours sincerely, Asad"Filed also in the court is a note, attached to Durrani's letter written in his own hand, reading: "YH TT Peshawar A/C Sherpao For Election 5,00,000; Anwar Saifullah for MBL deposit 15,00,000; Farooq Leghari PO Issued 1,50,00,000. Another 1,50,00,000 paid through Bank. There are a host of other political figures who received funds like Liaquat Jatoi, Imtiaz Sheikh."

Operation Midnight Jackal, one of the worst political scandals in Pakistan, has once again come in the spotlight after recent statements by some of the major players involved. DawnNews' Shahzad Raza gives you an insight into the 1989 scandal. [Courtesy: DAWN NEWS PAKISTAN http://www.youtube.com/watch?v=kmoYgEvvUWE]

Operation Midnight Jackal, one of the worst political scandals in Pakistan, has once again come in the spotlight after recent statements by some of the major players involved. DawnNews' Shahzad Raza gives you an insight into the 1989 scandal. [Courtesy: DAWN NEWS PAKISTAN http://www.youtube.com/watch?v=kmoYgEvvUWE]

URL: http://www.youtube.com/watch?v=m3WH9O_AcwA&feature=related
The "host of other political figures who received funds" from an ISI account were revealed in the Supreme Court when Air Marshal Asghar Khan's petition was being heard. Inter alia, Nawaz Sharif received (in rupees) 3.5 million, Lt General Rafaqat [GIK's election cell] 5.6 million, Mir Afzal 10 million, Ghulam Mustafa Jatoi 5 million, Jam Sadiq Ali 5 million, Mohammed Khan Junejo 2.5 million, Pir Pagaro 2 million, Abdul Hafeez Pirzada 3 million, Yusuf Haroon 5 million [he confirms having received this for Altaf Hussain of the MQM], Muzaffar Hussain Shah 0.3 million, Abida Hussain 1 million, Humayun Marri 5.4 million. During the hearing of the case, Aslam Beg, under oath, revealed the existence of a political cell within the ISI, whilst clarifying that though he was aware of the distribution of funds he was never personally involved. These documents and many others, filed in the Supreme Court, are a matter of public record. In this regard, reference should be made to paragraph 111, 'Corruption', of the judgment of the Supreme Court of Pakistan on the Proclamation of Emergency dated 14th, October, 1999 (approved for reporting), delivered by Chief Justice Irshad Hassan Khan and his eleven Brothers, sanctifying General Pervez Musharraf's takeover. It is a list presented by Attorney-General Aziz Munshi listing cases of corruption, some dating back to 1990, the lists of ISI payments, Babar's and Durrani's affidavits being amongst them. Should not all these corrupt, bribed political people who shamelessly accepted the people's money for their own political ends, and who have never denied having received such payoffs, not stand disqualified for life? Air Marshal Asghar Khan is still waiting to have his petition challenging the corrupt and clandestine use of public funds (pending since 1996) heard by the Supreme Court, as is also General Naseerullah Babar. They both have much to reveal. They are prepared to face the judiciary. REFERENCE: We never learn from history-2 By Ardeshir Cowasjee 04 August 2002 Sunday 24 Jamadi-ul-Awwal 1423 http://www.dawn.com/weekly/cowas/20020804.htm
TAIL-PIECE 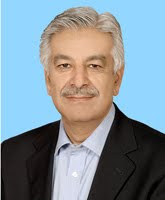 The US officials in their statements restrict themselves to the support of a ‘constitutional democratic set-up’. If things move ahead according to the script, all political parties would have cabinet slots proportionate to their strength in parliament. Some two-and-a-half dozen names have so far been scrutinised by the security establishment to include in the incoming government. From the Pakistan Peoples Party (PPP) Sardar Assef Ahmed Ali, Makhdoom Shahabuddin, Shahnaz Wazir Ali, Sughra Imam, Nazar Gondal and a few others are likely to be part of the future set-up. Senator Ishaq Dar, Ahsan Iqbal, Khawaja Asif, Hanif Abbasi and Chaudhry Nisar Ali Khan are the probable names who are expected to represent the Pakistan Muslim League-Nawaz (PML-N) in the future cabinet. The PML-Q’s Lt-Gen (retd) Javed Ashraf, a former head of Inter Services Intelligence (ISI), is likely to replace Interior Minister Rehman Malik, according to sources privy to all these developments. Senate deputy chairman Jan Muhammad Jamali, Sheikh Waqas Akram, Tariq Azeem and Marvi Memon are among the other elected members from the former ruling party to be considered for ministerial slots. Mushahid Hussain, the PML-Q’s secretary-general, is likely to be ‘accommodated’ in the cabinet as adviser to the premier because he is not currently a member of the parliament. The MQM would also be part of the new setup with Babar Ghauri, Farooq Sattar and Haider Abbas Rizvi being the likely cabinet picks. The Awami National Party (ANP) is also being considered for the dispensation to be remotely controlled by the security establishment. Afrasayab Khattak, Bushra Gohar and Zahid Khan are the likely representatives of ANP in the cabinet. Khyber-Pakhtunkhwa Information Minister Mian Iftikhar Hussain is expected to be given the position of premier’s adviser. The Jamiat Ulema-e-Islam-Fazl (JUI-F) are unlikely to be left out in the fresh arrangement. The party’s Senator Azam Swati and a couple of other stalwarts are also likely to be inducted in the broad-based set-up. REFERENCE: Contours of a possible national unity govt Irfan Ghauri / Zia Khan September 20, 2010 http://tribune.com.pk/story/52280/contours-of-a-possible-national-unity-govt/
Posted by Aamir Mughal at 11:34 AM