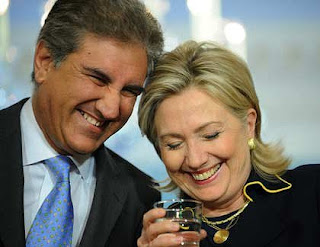 ISLAMABAD: Pakistan’s former foreign minister called on the country’s president and prime minister to resign on Saturday, following the American raid that killed Osama bin Laden, one of the highest-profile calls so far for senior officials to be held accountable. Some Pakistanis have focused their anger on the country’s powerful army and intelligence chiefs. But former Foreign Minister Shah Mahmood Qureshi said President Asif Ali Zardari and Prime Minister Yousuf Raza Gilani are the ones who should be held responsible. “This is a great violation of our sovereignty, but this is for the president and prime minister to resign and no one else,” said Qureshi in press briefing. Qureshi is now a lawmaker for the ruling Pakistan People’s Party. 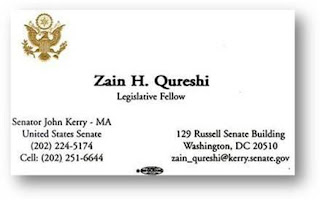 He has said he was pushed out of his position as foreign minister in February after he clashed with party officials over the case of Raymond Allen Davis, a CIA contractor who shot and killed two Pakistanis in the central city of Lahore, apparently in self-defense. Qureshi insisted Davis did not enjoy blanket diplomatic immunity, but he was ultimately released after the families of the victims were compensated. REFERENCE: President, PM should resign: Shah Mehmood QureshiAP May 7, 2011 (3 weeks ago) http://www.dawn.com/2011/05/07/president-pm-should-resign-shah-mehmood-qureshi.html 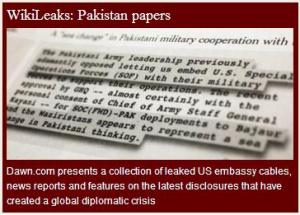