Military Generals & Localization of the Governance in Pakistan. 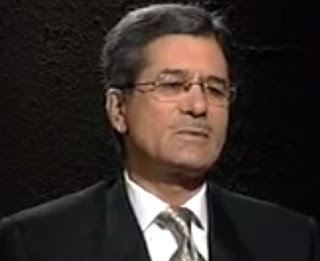 ISLAMABAD: The Pakistan People`s Party and Muttahida Qaumi Movement have decided to keep the local government (LG) system of Gen (retd) Pervez Musharraf in force in Sindh, sources told Dawn on Sunday. They said that the commissionerate system would not be introduced in Sindh because the two parties had reached a fresh understanding which led the MQM to announce that it would rejoin the federal cabinet. “It has been decided by the two parties that unlike other provinces the commissionerate system will not be introduced in Sindh,” said MQM leader Zahid Mehmood. He said his party had been urging the PPP to hold local body elections which were due last year. President Asif Ali Zardari`s spokesman Farhatullah Babar said: “The PPP had once decided to table the commissionerate system bill in the provincial assembly after the MQM parted ways with the government.” The proposal to change the local government system in Sindh was believed to be one of the main differences between the PPP and MQM. Besides replacing the old LG system, the commissionerate system envisaged the division of Karachi into four districts as had been done in Hyderabad, but the MQM has opposed the proposal. REFERENCE: PPP, MQM agree to keep LG system in Sindh By Syed Irfan Raza | From the Newspaper (11 hours ago) Today http://www.dawn.com/2011/05/09/ppp-mqm-agree-to-keep-lg-system-in-sindh.html

The strangest case is that of Lt-Gen Tanvir Naqvi and his district devolution plan. No kidding, Gen Naqvi is a bright officer. Whoever heard him speaking during the Zarb-I-Momin military exercises when General Aslam Beg was army chief came away greatly impressed. But the profession of arms is one thing, politics quite another. Has he ever cast his vote in an election? Has he ever been near a village polling station in his life? I doubt it. If a delegation of NATO commanders were visiting Pakistan the best person to address them from the present crop of serving or retired generals would be Gen Naqvi. But if an election plan were being put together I would keep Gen Naqvi at a distance of a hundred miles. References: As per Daily Dawn Columnist Mr Ayaz Amir [dated 21 April 2000 i.e. One year after Illegal Martial Law Regime of General Musharraf and Co] had written on the cronies in General Musharraf's Cabinet http://www.dawn.com/weekly/ayaz/20000421.htm

The commissionerate system bill was to be tabled in the provincial assembly on January 7, but the MQM put pressure on the PPP not to change the LG system. Other three provincial governments have already wrapped up the local government system, but have not come up with an alternative so far. The Balochistan government has enacted its own LG law, but it is reported to have many flaws. The draft of LG law prepared by the Punjab government also has several discrepancies. Punjab Minister Mujtaba Shujaur Rehman told a private TV channel recently that his government had prepared the draft law which would be approved by the cabinet soon and tabled it in the provincial assembly. The new law, he said, would remove the flaws in the previous system. Former chairman of the NRB Daniyal Aziz told Dawn that the draft prepared by the Punjab government had a number of flaws and it could not be implemented. He said he would brief the media on the issue in a couple of days. REFERENCE: PPP, MQM agree to keep LG system in Sindh By Syed Irfan Raza | From the Newspaper (11 hours ago) Today http://www.dawn.com/2011/05/09/ppp-mqm-agree-to-keep-lg-system-in-sindh.html Provincial Autonomy VS Local Bodies Government http://chagataikhan.blogspot.com/2009/08/provincial-autonomy-vs-local-bodies.html

During 2004 ANP Senator Asfandyar Wali said when Gen Pervez Musharraf assumed power and presented his seven- point agenda, there was a little hope as it contained the issue of provincial disharmony. However, he said, the devolution plan presented by Lt-Gen (retired) Tanveer Naqvi even snatched a little bit autonomy which the provinces had been enjoying. He said the devolution should be from federal to provinces and then from provinces to districts. By putting the districts directly under the federal system for six years, the provincial governments have been made post offices and the chief ministers should be called postmasters general, he added. Reference: SDPI Research and News Bulletin - "Greater Provincial Autonomy" http://www.sdpi.org/help/research_and_news_bulletin/nbjanfeb04/articles/In%20Retrospect.htm
Lt. General (R) Tanveer Hussain Naqvi  in Jawab Deyh - 3 (GEO TV)

REPORTS that the federal government is planning to transfer more subjects to the provinces out of the concurrent list deserve to be welcomed. Such a move was overdue, because restricted autonomy has been cause of much resentment among the provinces. Even though federal in nature, the 1973 Constitution has a strong bias in favour of the centre. According to article 142- (c), a provincial assembly has the power to make laws "with respect to any matter not enumerated in either the federal legislative list or the concurrent list". Significantly, the fourth schedule has only two lists - federal and concurrent - and does not have a provincial list. The federal list contains 67 subjects (59 in Part I and eight in Part II). The concurrent list consists of 47 subjects, leaving very little for the federating units to legislate on. In other words, the provinces have the right to legislate on very small number of subjects "not enumerated either in the federal legislative list or in the concurrent list". In matters of tax collection especially, the Basic Law virtually denies the constituent units any worthwhile sources of revenue. As a perusal of taxation powers will show, the federal government has reserved for itself almost all sources of revenue. The federal taxes mentioned in the fourth schedule - points 43 to 54 - include virtually all taxes, except, very significantly, "taxes on income other than agricultural income". Reference: Need for consensus September 12, 2005 Monday Sha'aban 7, 1426 http://www.dawn.com/2005/09/12/ed.htm Nothing but provincial autonomy By Shamim-ur-Rahman - Mr. Shamim-ur-Rahman is a Senior Correspondent with Daily Dawn - Pakistan http://www.dawn.com/weekly/dmag/dmag1.htm This article appeared in 2006 For the Text Balochistan: Nothing but provincial autonomy By Shamim-ur- Rahman http://chagataikhan.blogspot.com/2009/04/balochistan-nothing-but-provincial.html
Lt. General (R) Tanveer Hussain Naqvi  in Jawab Deyh - 4 (GEO TV)

The last Martial Law of General Pervez Musharraf [1999 - 2008] has further eroded already negligent Provincial Autonomy by introducing the so-called "Devolution Plan", BBC's Tim Sebastian had ruined Tanveer Naqvi Lt. General [General Musharraf's National Reconstruction Bureau's Chief Planner] and his so-called Devolution Plan in one of his program Hard Talk in the year 2000 - 2001. One must have joined issue with Lt.-Gen (Rtd) Tanvir Naqvi when he says that the army has ``the right`` to amend the Constitution. Speaking on the BBC, the chief of the National Reconstruction Bureau, however, tried to soften the impact of his remarks by saying that the government was not going to amend ``the whole Constitution.`` This evades the real issue, which is: does the army have a right at all to amend the nation`s basic law? [BBC Link of Hard Talk is not available but I had myself watched the Program - www.bbc.co.uk]. To protect the devolution scheme from interference by elected governments, Musharraf's LFO placed the four provincial Local Government Ordinances in that part of the 1973 constitution (the Sixth Schedule) that can only be amended with consent of the president. It was also required that provincial governments "shall, by law, establish a local government system and devolve political, administrative and financial responsibility and authority to the elected local representatives" . This provision creates the false impression that devolution remains within a provincial framework but its protected constitutional status effectively precludes provinces from amending the LGO. With this constitutional cover, the military government could rely on its local clients ensure a favourable outcome in the October 2002 national elections. In the Punjab, where a majority of district and tehsil nazims could be counted on to support military-backed candidates for the national and provincial assemblies, they were encouraged to mobilise support openly for the pro-Musharraf PML-Q in return for generous developmental funds. Elsewhere, nazims were threatened and intimidated to support PML-Q candidates. In parts of Sindh and Baluchistan, wholesale transfers of district officers were ordered to blunt the authority of "hostile" nazims. Local governments proved instrumental in the military government's manipulation of these general elections, which international human rights and election observer groups termed "seriously flawed". With the military's backing, the PML-Q obtained the most seats in the National Assembly and the Punjab Provincial Assembly. "The blatant political use of elected councils in the general elections has proved beyond any doubt that the local bodies had been primarily created for that very purpose",. Reference: Lets have a look at the so-called Refroms thrusted down the throats of 170Million Pakistanis by A MARTIAL LAW REGIME during 1999-2007. International Crisis Group had published a detailed and an impartial report in 2004. For kind perusal - Devolution in Pakistan: Reform or Regression? 22 March 2004 http://www.crisisgroup.org/home/index.cfm?id=2549&l=1] [For Text of that Report in 4 Parts - Playing with basic law: Devolution Plan of Musharraf - http://chagataikhan.blogspot.com/2008/11/playing-with-basic-law-devolution-plan.html -http://chagataikhan.blogspot.com/2008/11/playing-with-basic-law-devolution-plan_05.html - http://chagataikhan.blogspot.com/2008/11/playing-with-basic-law-devolution-plan_7260.html - http://chagataikhan.blogspot.com/2008/11/playing-with-basic-law-devolution-plan_2210.html
Lt. General (R) Tanveer Hussain Naqvi  in Jawab Deyh - 5 (GEO TV)

Pakistan's military government launched a campaign for political devolution in 2000 that it said was aimed at transferring administrative and financial power to local governments. The scheme was to strengthen local control and accountability and, according to President Pervez Musharraf, "empower the impoverished" . In practice, however, it has undercut established political parties and drained power away from the provinces while doing little to minimise corruption or establish clear accountability at a local level. The reforms, far from enhancing democracy, have strengthened military rule and may actually raise the risks of internal conflict. Under the Devolution of Power Plan announced in August 2000, local governments were to be elected on a non-party basis in phased voting between December 2000 and July 2001. District and sub-district governments have since been installed in 101 districts, including four cities. Operating under its respective provincial Local Government Ordinance 2001, each has its Nazim and Naib Nazim (mayor and deputy mayor), elected council and administration. Like previous local government plans, Musharraf's called for re-establishing elected local councils at district and sub-district levels.It promised substantial autonomy for elected local officials and, most notably, placed an elected official as overall head of district administration, management and development, reversing a century-old system that subordinated elected politicians to bureaucrats. Musharraf's scheme ostensibly aimed at establishing the foundations of genuine local democracy. However, the main rationale for devolution was and remains regime legitimacy and survival. Aside from the widespread allegations of rigging and manipulation that have shadowed them, the non-partisan nature of the local elections has exacerbated ethnic, caste and tribal divisions and undermined the organisational coherence of political parties. Devolution, in fact, has proved little more than acover for further centralised control over the lower levels of government. Despite the rhetoric from Islamabad of empowerment, local governments have only nominal powers. Devolution from the centre directly to the local levels, moreover, negates the normal concept of decentralisation since Pakistan's principal federal units, its four provinces, have been bypassed. The misuse of local government officials during the April 2002 presidential referendum and the October 2002 general elections has left little doubt that these governments were primarily instituted to create a pliant political elite that could help root the military's power in local politics and displace its traditional civilian adversaries. Friction is growing between various levels of government, especially since the military transferred power, at least formally, to the central and provincial governments that were formed after the 2002 elections. These tensions are partly the result of the manner in which the devolution plan was devised and implemented in the absence of elected officials and against the strong opposition of the major political parties, civil society and media. Despite its lack of domestic legitimacy, the devolution plan has considerable support from donors, who mistakenly believe it is advancing democracy and building down military rule.For now, the military's backing as well as this external support works in its favour. But low domestic acceptance undermines its long-term prospects, and the military's political engineering that accompanies it is widening divisions at the local and provincial levels. Some of these could well lead to greater domestic violence and instability. Devolution in Pakistan: Reform or Regression? 22 March 2004 http://www.crisisgroup.org/home/index.cfm?id=2549&l=1
Posted by Aamir Mughal at 3:30 AM