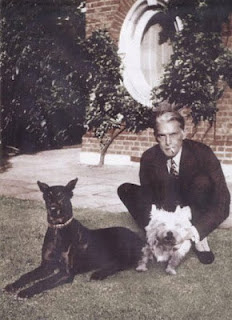 Arwaah-e-Thalatha
Quote 1: Arwaah-e-Thalatha p.444, story no.443 - “In Lahori province, a Punjabi Majzoob (recluse) used to reside. Haji Abdur-Rahim Sahib who was a resident of the same locality, set out on a journey to visit Haramain-Shareefain (Mecca and Medina) by ship. On the journey, a glass fell down into the sea from Hazrat’s (Abdur-Rahim) hand. In just a while, a hand appeared from the sea holding the glass and disappeared as soon as Hazrat took the glass. In Lahori, the Majzoob said to the servants of Abdur-Rahim, ‘A glass had fallen from the hands of your Haji Sahib. It was me who gave it back to him’. When Haji Abdur-Rahim returned from Hajj, he was informed of this saying of the Majzoob. Haji Abdur-Rahim said that the incident was true, but he was unable to recognize whose hand it was. REFERENCE: Quotes from the books of the Deobandis http://www.ahya.org/tjonline/quotes/index.html
Maulana Ashraf Ali Thanvi, Deoband & Sex Education - 2 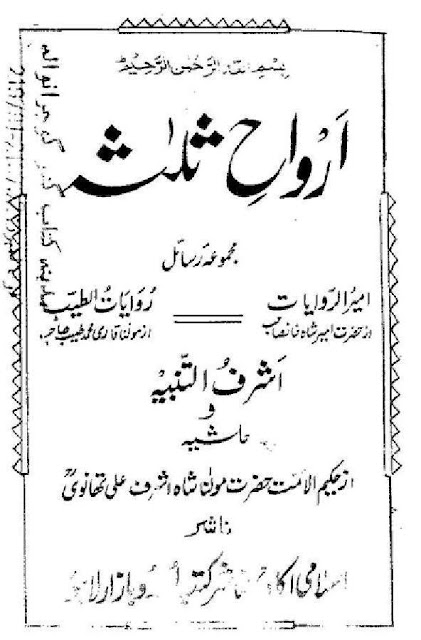 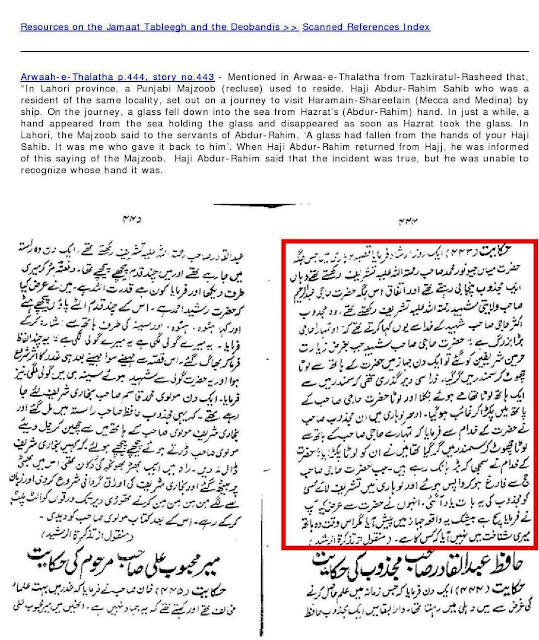 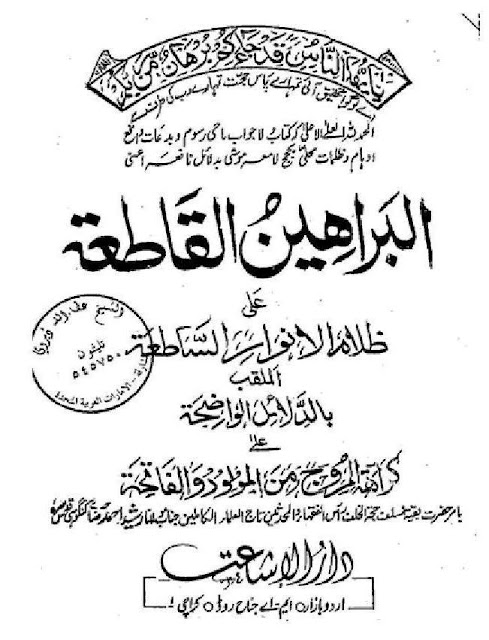 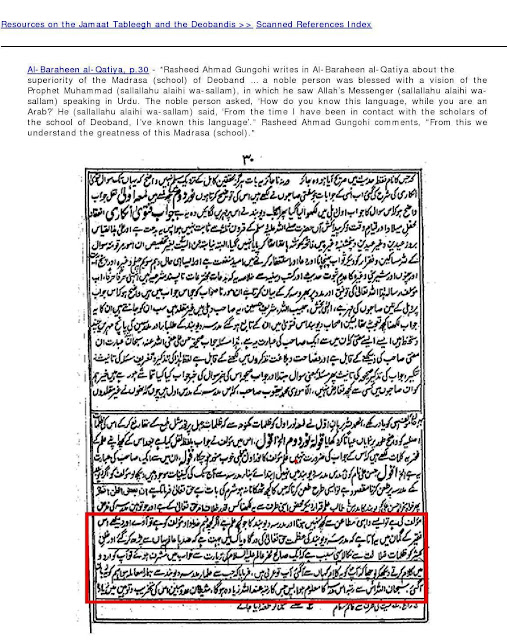