Back to school in Afghanistan by Heather Abbott & Catherine McIsaac 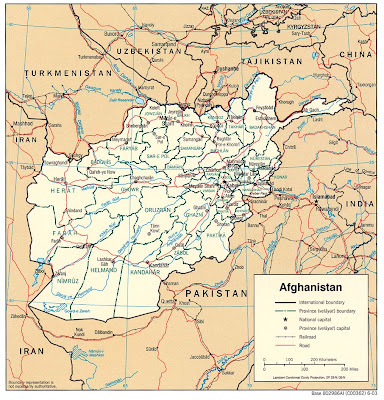 Back to school in Afghanistan CBC News Online January 27, 2004 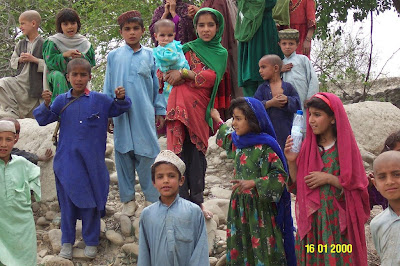 When 1.5 million children went back in school in Afghanistan in the spring of 2002, a tough lesson was waiting for them. While the country welcomed some semblance of peace for the first time in years, war remained very much a part of its classrooms. Afghanistan's teachers tried to erase war images from the textbooks, images that got there in the first place due in large part to Cold War policies in the United States.

At a public school in Kabul, students and teachers are anxious for some kind of normal routine. Some children bring their own chairs to school, if they have them. The school was almost destroyed by war. There's no electricity. It's colder inside than out. The cement floor is freezing.

But the students don't mind. The young women and girls at this school are back in the classroom after five years of banishment by the Taliban.

Women in their 20s have returned to Grade 11. But they're not bitter, they're happy.

Getting children back to school is a number one priority in Afghanistan's post war government. But the big question is: what will they learn?


Math teachers use bullets as props to teach lessons in subtraction. This isn't their idea. During decades of war, the classroom has been the best place to indoctrinate young people with their duty to fight. Government-sponsored textbooks in Afghanistan are filled with violence. For years, war was the only lesson that counted.

The Mujahideen, Afghanistan's freedom fighters, used the classroom to prepare children to fight the Soviet empire. The Russians are long gone but the textbooks are not. The Mujahideen had wanted to prepare the next generation of Afghans to fight the enemy, so pupils learned the proper clips for a Kalashnikov rifle, the weight of bombs needed to flatten a house, and how to calculate the speed of bullets. Even the girls learn it.

"We were providing education behind the enemy lines."

But the Mujahideen had a lot of help to create this warrior culture in the school system from the United States, which paid for the Mujahideen propaganda in the textbooks. It was all part of American Cold War policy in the 1980s, helping the Mujahideen defeat the Soviet army on Afghan soil. 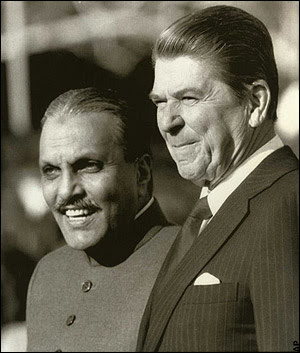 The University of Nebraska was front and center in that effort. The university did the publishing and had an Afghan study center and a director who was ready to help defeat the "Red Menace." 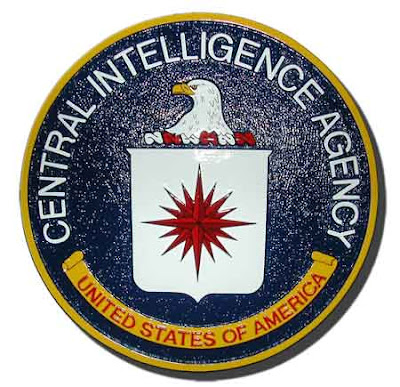 "I think Ronald Reagan himself felt that this was a violation of the rights of the Afghans," says Tom Goutier, who was behind the Mujahideen textbook project. "I think a lot of those working for him thought this was an opportunity for us to do the Soviet Union some damage."

Goutier's personal involvement in Afghanistan began in 1964 as a young U.S. peace corps volunteer. Over the years, he rubbed shoulders with Mujahideen leaders and he learned Afghan languages. During the 1980s, his love of America and his love of Afghanistan merged.

"We were living in an era in which the Afghans were trying to learn to survive," he says. "They were fighting for their survival in which a million of them were killed, a million and a half wounded. So, at that time, there was a lot of militaristic thinking."

The Soviet Union occupied Afghanistan in 1979. Its fighting forces were well armed and ruthless. The Mujahideen fought the Soviets throughout the 1980s with a lot of covert aid from the U.S.

In 1986, under President Ronald Reagan, the U.S. put a rush order on its proxy war in Afghanistan. The CIA gave Mujahideen an overwhelming arsenal of guns and missiles. But a lesser-known fact is that the U.S. also gave the Mujahideen hundreds of millions of dollars in non-lethal aid; $43 million just for the school textbooks. The U.S. Agency for International Development, AID, coordinated its work with the CIA, which ran the weapons program.

"The U.S. government told the AID to let the Afghan war chiefs decide the school curriculum and the content of the textbooks," says CBC'S Carol Off. "What discussions did you have with the Mujahideen leaders? Was it any effort to say maybe this isn't the best for an eight-year-old's mind?"

"No, because we were told that that was not for negotiations and that the content was to be that which they decided," says Goutier.

There were those who opposed the text book project, such as Sima Samar who ran a school in those days, but opposition did little good.

"I was opposing but we had no choice," says Samar, who served as minister of women's affairs for the interim government that ran Afghanistan after the Taliban were driven out. "It was already done and… nobody had the freedom to speak against all those things."

"I was interested in being of any type of assistance that I could to help the Afghans get out of their mess and to be frank also anything that would help the United States in order to advance its interests," says Goutier.

American interests were well served. But after the defeat of the Soviet empire, the U.S. abandoned Afghanistan. The country descended into civil war. The U.S. gave almost no money to help rebuild after the war against the Soviets and no money to rewrite the school textbooks.

Rashid loves school but he says he and the other boys don't understand why their books are filled with war.

Eleven-year-old Rashid lives in Kabul. His father returned from where the family was hiding one day to check on their apartment and he was shot dead. His country has been at war for his entire life.

The boys go to school in the afternoon when the girls go home. Rashid loves school but he says he and the other boys don't understand why their books are filled with war.

"The Afghan people hate the wars," he says. "This is big mistake to war. This war is not good to small boys and their books."

The teachers at Rashid's school agree. They say the books must change, that nobody is happy that they're being used in school, not teachers, not students.

Homa Yousef, an author and history teacher, is leading a campaign to change her school's curriculum. She had no work under the Taliban. When she returned, she found the extreme Taliban religious ideology still in the school system. But it's the war propaganda, she says that disturbs the students most.

"These lessons are like pouring salt in their wounds, referring to guns, tanks and killing," she says. "The students themselves say they don't benefit in any way from these lessons, and their level of understanding won't increase by taking these classes. The memories of war will appear again, and most people have lost a father or brother or had their homes looted."

The students represent any hope Afghanistan might have to build a civil society, models of that of other countries. But the young people fear Afghanistan may be sucked into more war if they can't change the country's values.

Scholars go through the textbooks line by line locating hateful passages. They circle references to Mujahideen and Jihad and substitute them with innocuous words like apples and oranges.

There's a tremendous desire for change in Afghanistan. The interim government has declared education the bedrock of Afghanistan's future. It wants to overhaul the school system and modernize education. The task is enormous. Most schools were in ruins in the spring of 2002, some bombed out and abandoned.

Even at the Ministry of Education, the corridors were clogged with broken furniture. There's no heat in the offices where Kabul scholars labour to rewrite the school curriculum. They go through the textbooks line by line locating hateful passages. They circle references to Mujahideen and Jihad and substitute them with innocuous words like apples and oranges.


Din Mohamad Mlitzer, the director of the new curriculum for the Ministry of Education, says there are three objectives:

To make a good Muslim

To make a modern Afghan

To make someone who loves peace

"No one is being paid (at the Ministry of Education) and the work is very hard, trying to remove a culture of violence that was in the society long before the Americans paid to put it into writing," says CBC's Carol Off. "Can you really change those values in your society by changing these words in your books?"

"It's difficult, really it's difficult, it's very difficult," says Mlitzer. "But we tried, tried to make the people civilized. But it's a value coming from our father's father's forefathers and changing of that is not too easy. It takes time."

The latest war in Afghanistan is now over but there's a constant threat of a new one. In the markets, tailors make uniforms for the stream of young men who want to be mercenaries. Only hunting guns are sold now since the heavy weapons are banned. But they still exist, woven into the very fabric of the country.

The Afghan children who returned to school in 2002 got new textbooks with new ideas but from the same old publisher. The University of Nebraska secured the contract again for $6.5 million from the United States government.

However this time there was a promise that they will not contain war propaganda.

"I did discuss with the people who went to fund again the textbooks, the curriculum for the schools," says Sima Samar, "I said please, we don't want that kind of things. They should include even human rights in the textbooks instead of all those. They should remove all the jihad items from the book. So this time they said they promise that there will be nothing violent in it."

The children of Afghanistan don't need books to tell them about war. It's all around them. But only a fraction will be exposed to the new ideas in the school system. Only three per cent of all Afghanistan's girls have enrolled and 39 per cent of its boys.

For those who are privileged enough to attend, aid agencies are rushing to supply furniture and equipment and the Afghan government has introduced the new curriculum. Instead of learning how to use a land mine, children will now learn how to avoid one. Instead of learning how to make war, hopefully they'll now learn how to avoid it.

"All the people in Afghanistan are hungry for peace, especially the younger generation," says Homa Yousef. "They have lots of enthusiasm to learn. That's why we must work hard to ensure the textbooks match their level of understanding so that they can become useful to society."

The pleasures of childhood are so simple. A kite to fly, a friend to share your dreams with, maybe a good storybook. In Afghanistan, a child's pleasure is simply an end to 23 years of war.

The Afghan Pipeline By Steve Galster. - 1

The Afghan Pipeline By Steve Galster. - 2

Note: Photos/Maps are inserted by me. Muhammad Aamir Mughal