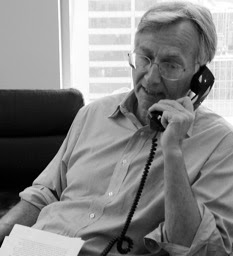 Seymour (Sy) Myron Hersh (born April 8, 1937) is an American Pulitzer Prize winning investigative journalist and author based in Washington, D.C. He is a regular contributor to The New Yorker magazine on military and security matters. [Courtesy Wikipedia/The New Yorker http://www.newyorker.com/ 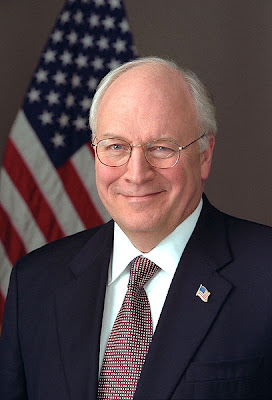 Richard Bruce "Dick" Cheney served as the 46th Vice President of the United States from 2001 to 2009 [Courtesy: Wikipedia]

Seymour Hersh: Secret US Forces Carried Out Assassinations in a Dozen Countries, Including in Latin America Pulitzer Prize-winning investigative journalist Seymour Hersh created a stir earlier this month when he said the Bush administration ran an “executive assassination ring” that reported directly to Vice President Dick Cheney. “Under President Bush’s authority, they’ve been going into countries, not talking to the ambassador or to the CIA station chief, and finding people on a list and executing them and leaving,” Hersh said. Seymour Hersh joins us to explain. [includes rush transcript]http://www.democracynow.org/2009/3/31/seymour_hersh_secret_us_forces_carried 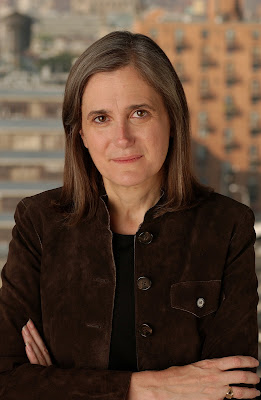 AMY GOODMAN: Pulitzer Prize-winning investigative journalist Seymour Hersh created a stir last month when he said the Bush administration ran an executive assassination ring that reported directly to Vice President Dick Cheney. Hersh made the comment during a speech at the University of Minnesota on March 10th.

SEYMOUR HERSH: Congress has no oversight of it. It’s an executive assassination wing, essentially. And it’s been going on and on and on. And just today in the Times there was a story saying that its leader, a three-star admiral named McRaven, ordered a stop to certain activities because there were so many collateral deaths. It’s been going in—under President Bush’s authority, they’ve been going into countries, not talking to the ambassador or to the CIA station chief, and finding people on a list and executing them and leaving. 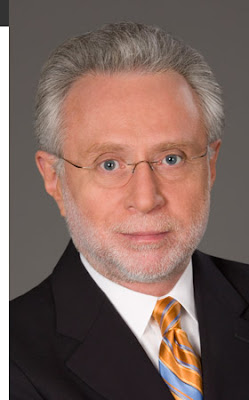 WOLF BLITZER: Is there a list of terrorists, suspected terrorists out there who can be assassinated?

WOLF BLITZER: And so, this would be, and from your perspective—and you worked in the Bush administration for many years—it would be totally constitutional, totally legal, to go out and find these guys and to whack ’em.

JOHN HANNAH: There’s no question that in a theater of war, when we are at war, and we know—there’s no doubt, we are still at war against al-Qaeda in Iraq, al-Qaeda in Afghanistan and on that Pakistani border, that our troops have the authority to go after and capture and kill the enemy, including the leadership of the enemy.


AMY GOODMAN: That’s John Hannah, Dick Cheney’s former national security adviser. Seymour Hersh joins me now here in Washington, D.C., staff writer for The New Yorker magazine. His latest article appears in the current issue, called “Syria Calling: The Obama Administration’s Chance to Engage in a Middle East Peace.”
OK, welcome to Democracy Now!, Sy Hersh. It was good to see you last night at Georgetown. Talk about, first, these comments you made at the University of Minnesota.

SEYMOUR HERSH: Well, it was sort of stupid of me to start talking about stuff I haven’t written. I always kick myself when I do it. But I was with Walter Mondale, the former vice president, who was being amazingly open and sort of, for him—he had come a long way in—since I knew him as a senator who was reluctant to oppose the Vietnam War. And so, I was asked about future things, and I just—I am looking into stuff. I’ve done—there’s really nothing I said at Minnesota I haven’t written in the New York Times. Last summer, I wrote a long article about the Joint Special Operations Command.

And just to go back to what John Hannah, who is—was—I think ended up being the senior national security adviser, almost—if not the chief of staff, deputy chief of staff for Dick Cheney in the last three or four years, what he said is simply that, yes, we go after people suspected—that was the word he used—of crimes against America. And I have to tell you that there’s an executive order, signed by Jerry Ford, President Ford, in the ’70s, forbidding such action. It’s not only contrary—it’s illegal, it’s immoral, it’s counterproductive.

The evidence—the problem with having military go kill people when they’re not directly in combat, these are asking American troops to go out and find people and, as you said earlier, in one of the statements I made that you played, they go into countries without telling any of the authorities, the American ambassador, the CIA chief, certainly nobody in the government that we’re going into, and it’s far more than just in combat areas. There’s more—at least a dozen countries and perhaps more. The President has authorized these kinds of actions in the Middle East and also in Latin America, I will tell you, Central America, some countries. They’ve been—our boys have been told they can go and take the kind of executive action they need, and that’s simply—there’s no legal basis for it.

And not only that, if you look at Guantanamo, the American government knew by—well, let’s see, Guantanamo opened in early 2002. “Gitmo,” they call it, the base down in Cuba for alleged al-Qaeda terrorists. An internal report that I wrote about in a book I did years ago, an internal report made by the summer of 2002, estimated that at least half and possibly more of those people had nothing to do with actions against America. The intelligence we have is often very fragmentary, not very good. And the idea that the American president would think he has the constitutional power or the legal right to tell soldiers not engaged in immediate combat to go out and find people based on lists and execute them is just amazing to me. It’s amazing to me.

And not only that, Amy, the thing about George Bush is, everything’s sort of done in plain sight. In his State of the Union address, I think January the 28th, 2003, about a month and a half before we went into Iraq, Bush was describing the progress in the war, and he said—I’m paraphrasing, but this is pretty close—he said that we’ve captured more than 3,000 members of al-Qaeda and suspected members, people suspected of operations against us. And then he added with that little smile he has, “And let me tell you, some of those people will not be able to ever operate again. I can assure you that. They will not be in a position.” He’s clearly talking about killing people, and to applause.

So, there we are. I don’t back off what I said. I wish I hadn’t said it ad hoc, because, like I hope we’re going to talk about in a minute, I spend a lot of time writing stories for The New Yorker, and they’re very carefully vetted, and sometimes when you speak off the top, you’re not as precise.

AMY GOODMAN: Explain what the Joint Special Operations Command is and what oversight Congress has of it.

SEYMOUR HERSH: Well, it’s a special unit. We have something called the Special Operations Command that operates out of Florida, and it involves a lot of wings. And one of the units that work under the umbrella of the Special Operations Command is known as Joint Special Op—JSOC. It’s a special unit. What makes it so special, it’s a group of elite people that include Navy Seals, some Navy Seals, Delta Force, our—what we call our black units, the commando units. “Commando” is a word they don’t like, but that’s what we, most of us, refer to them as. And they promote from within. It’s a unit that has its own promotion structure. And one of the elements, I must tell you, about getting ahead in promotion is the number of kills you have. Of course. Because it’s basically devised—it’s been transmogrified, if you will, into this unit that goes after high-value targets.

And where Cheney comes in and the idea of an assassination ring—I actually said “wing,” but of an assassination wing—that reports to Cheney was simply that they clear lists through the Vice President’s office. He’s not sitting around picking targets. They clear the lists. And he’s certainly deeply involved, less and less as time went on, of course, but in the beginning very closely involved. And this is the elite unit. I think they do three-month tours. And last summer, I wrote a long article in The New Yorker, last July, about how the JSOC operation is simply not available, and there’s no information provided by the executive to Congress.

SEYMOUR HERSH: A lot of countries.

SEYMOUR HERSH: No, because I haven’t written about it, Amy. And I will tell you, as I say, in Central America, it’s far more than just the areas that Mr. Hannah talked about—Afghanistan, Iraq. You can understand an operation like this in the heat of battle in Iraq, killing—I mean, taking out enemy. That’s war. But when you go into other countries—let’s say Yemen, let’s say Peru, let’s say Colombia, let’s say Eritrea, let’s say Madagascar, let’s say Kenya, countries like that—and kill people who are believed on a list to be al-Qaeda or al-Qaeda-linked or anti-American, you’re violating most of the tenets.

We’re a country that believes very much in due process. That’s what it’s all about. We don’t give the President of United States the right to tell military people, even in a war—and it’s a war against an idea, war against terrorism. It’s not as if we’re at war against a committed uniformed enemy. It’s a very complicated war we’re in. And with each of those actions, of course, there’s always collateral deaths, and there’s always more people ending up becoming our enemies. That’s the tragedy of Guantanamo. By the time people, whether they were with us or against us when they got there, by the time they’ve been there three or four months, they’re dangerous to us, because of the way they’ve been treated. But I’d love to move on to what I wrote about in The New Yorker.

AMY GOODMAN: One question: Is the assassination wing continuing under President Obama?

SEYMOUR HERSH: How do I know? I hope not.

AMY GOODMAN: We’re talking to Sy Hersh. We’re going to go to break, and then we’ll be back with him, the Pulitzer Prize-winning journalist. His piece in The New Yorker is called “Syria Calling: The Obama Administration’s Chance to Engage in a Middle East Peace.” Stay with us.