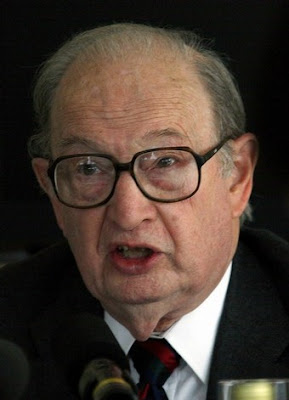 SELIG S. HARRISON, director of the Asia Program at the Center for International Policy, is a senior scholar of the Woodrow Wilson International Center for Scholars and director of the Century Foundation’s Project on the United States and the Future of Korea. He has specialized in South Asia and East Asia for fifty years as a journalist and scholar and is the author of six books on Asian affairs and U.S. relations with Asia, including Korean Endgame: A Strategy For Reunification and U.S. Disengagement, published by Princeton University Press in May 2002. [Courtesy: http://www.ciponline.org/asia/Seligbio.html]

WHATEVER the outcome of the Pakistani elections, now scheduled for Feb. 18, the existing multiethnic Pakistani state is not likely to survive for long unless it is radically restructured.

Given enough American pressure, a loosely united, confederated Pakistan could still be preserved by reinstating and liberalizing the defunct 1973 Constitution, which has been shelved by successive military rulers. But as matters stand, the Punjabi-dominated regime of Pervez Musharraf is headed for a bloody confrontation with the country’s Pashtun, Baluch and Sindhi minorities that could well lead to the breakup of Pakistan into three sovereign entities.

In that event, the Pashtuns, concentrated in the northwestern tribal areas, would join with their ethnic brethren across the Afghan border (some 40 million of them combined) to form an independent “Pashtunistan.” The Sindhis in the southeast, numbering 23 million, would unite with the six million Baluch tribesmen in the southwest to establish a federation along the Arabian Sea from India to Iran. “Pakistan” would then be a nuclear-armed Punjabi rump state.

In historical context, such a breakup would not be surprising. There had never been a national entity encompassing the areas now constituting Pakistan, an ethnic mélange thrown together hastily by the British for strategic reasons when they partitioned the subcontinent in 1947.

For those of Pashtun, Sindhi and Baluch ethnicity, independence from colonial rule created a bitter paradox. After resisting Punjabi domination for centuries, they found themselves subjected to Punjabi-dominated military regimes that have appropriated many of the natural resources in the minority provinces — particularly the natural gas deposits in the Baluch areas — and siphoned off much of the Indus River’s waters as they flow through the Punjab.

The resulting Punjabi-Pashtun animosity helps explain why the United States is failing to get effective Pakistani cooperation in fighting terrorists. The Pashtuns living along the Afghan border are happy to give sanctuary from Punjabi forces to the Taliban, which is composed primarily of fellow Pashtuns, and to its Qaeda friends.

Pashtun civilian casualties resulting from Pakistani and American air strikes on both sides of the border are breeding a potent underground Pashtun nationalist movement. Its initial objective is to unite all Pashtuns in Pakistan, now divided among political jurisdictions, into a unified province. In time, however, its leaders envisage full nationhood. After all, before the British came, the Pashtuns had been politically united under the banner of an Afghan empire that stretched eastward into the Punjabi heartland.

The Baluch people, for their part, have been waging intermittent insurgencies since their forced incorporation into Pakistan in 1947. In the current warfare Pakistani forces are widely reported to be deploying American-supplied aircraft and intelligence equipment that was intended for use in Afghan border areas. Their victims are forging military links with Sindhi nationalist groups that have been galvanized into action by the death of Benazir Bhutto, a Sindhi hero as was her father, Zulfikar Ali Bhutto.

The breakup of Pakistan would be a costly and destabilizing development that can still be avoided, but only if the United States and other foreign donors use their enormous aid leverage to convince Islamabad that it should not only put the 1973 Constitution back into effect, but amend it to go beyond the limited degree of autonomy it envisaged. Eventually, the minorities want a central government that would retain control only over defense, foreign affairs, international trade, communications and currency. It would no longer have the power to oust an elected provincial government, and would have to renegotiate royalties on resources with the provinces.

In the shorter term, the Bush administration should scrap plans to send Special Forces into border areas in pursuit of Al Qaeda, which would only strengthen Islamist links with Pashtun nationalists. It should help secular Pashtun forces to compete with the Islamists by pushing for fair representation of Pashtun areas now barred from political participation.

It is often argued that the United States must stand by Mr. Musharraf and a unitary Pakistani state to safeguard Pakistan’s nuclear arsenal. But the nuclear safeguards depend on the Pakistani Army as an institution, not on the president. They would not be affected by a break-up, since the nuclear weapons would remain under the control of the Punjabi rump state and its army.

The Army has built up a far-flung empire of economic enterprises in all parts of Pakistan with assets in the tens of billions, and can best protect its interests by defusing the escalating conflict with the minorities. Similarly, the minorities would profit from cooperative economic relations with the Punjab, and for this reason prefer confederal autonomy to secession. All concerned, including the United States, have a profound stake in stopping the present slide to Balkanization.

Selig S. Harrison is the director of the Asia program at the Center for International Policy and the author of “In Afghanistan’s Shadow,” a study of Baluch nationalism.