How Elections are 'Rigged'?

The Globalizer Who Came In From The Cold by Greg Palast 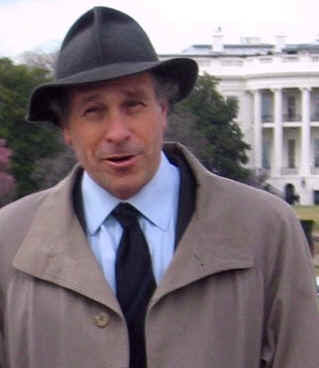 Gregory Allyn Palast (born June 26, 1952) is a New York Times-bestselling author and a journalist for the British Broadcasting Corporation as well as the British newspaper The Observer.[Courtesy: Wikipedia / http://www.GregPalast.com]

The Globalizer Who Came In From The Cold by Greg Palast

"It has condemned people to death," the former apparatchik told me. This was like a scene out of Le Carré. The brilliant old agent comes in from the cold, crosses to our side and in hours of debriefing, empties his memory of horrors committed in the name of a political ideology he now realizes has gone rotten. 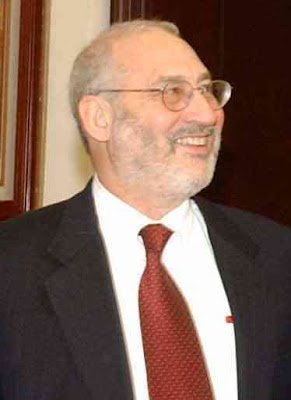 Joseph Eugene Stiglitz (born February 9, 1943) is an American economist and a professor at Columbia University. He is a recipient of the John Bates Clark Medal (1979) and the Nobel Memorial Prize in Economic Sciences (2001). He is also the former Senior Vice President and Chief Economist of the World Bank. [Courtesy:Wikipedia / www.josephstiglitz.com/]

And here before me was a far bigger catch than some used Cold War spy. Joseph Stiglitz was chief economist of the World Bank. To a great extent, the new world economic order was his theory come to life.

I "debriefed" Stiglitz over several days, at Cambridge University, in a London hotel and finally in Washington in April 2001 during the big confab of the World Bank and the International Monetary Fund. Instead of chairing the meetings of ministers and central bankers, Stiglitz was kept exiled safely behind the blue police cordons, the same as the nuns carrying a large wooden cross, the Bolivian union leaders, the parents of AIDS victims and the other "antiglobalization" protesters. The ultimate insider was now on the outside.

In 1999 the World Bank fired Stiglitz. He was not allowed quiet retirement; US Treasury Secretary Larry Summers, I'm told, demanded a public excommunication for Stiglitz having expressed his first mild dissent from globalization World Bank-style.

Here in Washington we completed the last of several hours of exclusive interviews for the Observer and Newsnight about the real, often hidden, workings of the IMF, World Bank and the bank's 51 per cent owner, the US Treasury. And here, from sources unnamable (not Stiglitz), we obtained a cache of documents marked "confidential", "restricted" and "not otherwise [to be] disclosed without World Bank authorization".

Stiglitz helped translate one, a "Country Assistance Strategy", from bureaucratese. There's an Assistance Strategy for every poorer nation, designed, says the World Bank, after careful in-country investigation. But according to insider Stiglitz, the Bank's staff "investigation" consists of close inspection of a nation's five-star hotels. It concludes with the Bank staff meeting some begging, busted finance minister who is handed a "restructuring agreement" pre-drafted for his "voluntary" signature (I have a selection of these).

Each nation's economy is individually analyzed, then, says Stiglitz, the Bank hands every minister the exact same four-step program.

Step 1 is Privatization -- which Stiglitz said could more accurately be called "Briberization". Rather than object to the sell-offs of state industries, he said national leaders -- using the World Bank's demands to silence local critics --happily flogged their electricity and water companies. "You could see their eyes widen" at the prospect of 10 per cent commissions paid to Swiss bank accounts for simply shaving a few billion off the sale price of national assets. 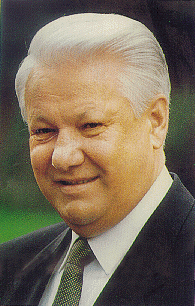 And the US government knew it, charges Stiglitz, at least in the case of the biggest "briberization" of all, the 1995 Russian sell-off. "The US Treasury view was this was great as we wanted Yeltsin re-elected. We don't care if it's a corrupt election. We want the money to go to Yeltzin" via kick-backs for his campaign.

Stiglitz is no conspiracy nutter ranting about Black Helicopters. The man was inside the game, a member of Bill Clinton's cabinet as chairman of the president's Council of Economic Advisers.

Most ill-making for Stiglitz is that the US-backed oligarchs stripped Russia's industrial assets, with the effect that the corruption scheme cut national output nearly in half, causing depression and starvation.

After briberization, Step 2 of the IMF/World Bank one-size-fits-all rescueyour- economy plan is "Capital Market Liberalization". In theory, capital market deregulation allows investment capital to flow in and out. Unfortunately, as in Indonesia and Brazil, the money simply flowed out and out. Stiglitz calls this the "hot money" cycle. Cash comes in for speculation in real estate and currency, then flees at the first whiff of trouble. A nation's reserves can drain in days, hours. And when that happens, to seduce speculators into returning a nation's own capital funds, the IMF demands these nations raise interest rates to 30 per cent, 50 per cent and 80 per cent.

At this point, the IMF drags the gasping nation to Step 3: Market-Based Pricing, a fancy term for raising prices on food, water and domestic gas. This leads, predictably, to Step 31/2: what Stiglitz calls "The IMF riot."

The IMF riot is painfully predictable. When a nation is "down and out, [the IMF] takes advantage and squeezes the last pound of blood out of them. They turn up the heat until, finally, the whole cauldron blows up" -- as when the IMF eliminated food and fuel subsidies for the poor in Indonesia in 1998. Indonesia exploded into riots, but there are other examples -- the Bolivian riots over water prices in April 2000 and, in February 2001, the riots in Ecuador over the rise in domestic gas prices imposed by the World Bank. You'd almost get the impression that the riot is written into the plan.

And it is. Stiglitz did not know about the documents the BBC and the Observer obtained from inside the World Bank, stamped over with those pesky warnings "confidential", "restricted", "not to be disclosed". Let's get back to the "Interim Country Assistance Strategy" for Ecuador. In it the Bank several times states -- with cold accuracy -- that they expected their plans to spark "social unrest", to use their bureaucratic term for a nation in flames.

That's not surprising. The secret report notes that the plan to make the US dollar Ecuador's currency has pushed 51 per cent of the population below the poverty line. The World Bank "Assistance" plan simply calls for facing down civil strife and suffering with "political resolve" -- and still higher prices.

The IMF riots (and by riots I mean peaceful demonstrations dispersed by bullets, tanks and tear gas) cause new panicked flights of capital and government bankruptcies. This economic arson has its bright side -- for foreign corporations, who can then pick off remaining assets, such as the odd mining concession or port, at fire sale prices.

Stiglitz notes that the IMF and World Bank are not heartless adherents of market economics. At the same time the IMF stopped Indonesia "subsidizing" food purchases, "when the banks need a bail-out, intervention [in the market] is welcome". The IMF scrounged up tens of billions of dollars to save Indonesia's financiers and, by extension, the US and European banks from which they had borrowed.

A pattern emerges. There are lots of losers in this system, but one clear winner: the Western banks and US Treasury, making the big bucks from this crazy new international capital churn. Stiglitz told me about his unhappy meeting, early in his World Bank tenure, with Ethiopia's new president in the nation's first democratic election. The World Bank and IMF had ordered Ethiopia to divert aid money to its reserve account at the US Treasury, which pays a pitiful 4 per cent return, while the nation borrowed US dollars at 12 per cent to feed its population. The new president begged Stiglitz to let him use the aid money to rebuild the nation. But no, the loot went straight off to the US Treasury's vault in Washington.

Now we arrive at Step 4 of what the IMF and World Bank call their "poverty reduction strategy": Free Trade. This is free trade by the rules of the World Trade Organization and World Bank. Stiglitz the insider likens free trade WTOstyle to the Opium Wars. "That too was about opening markets," he said. As in the nineteenth century, Europeans and Americans today are kicking down the barriers to sales in Asia, Latin American and Africa, while barricading their own markets against Third World agriculture.

In the Opium Wars, the West used military blockades to force open markets for their unbalanced trade. Today, the World Bank can order a financial blockade that's just as effective -- and sometimes just as deadly.

Stiglitz is particularly emotional over the WTO's intellectual property rights treaty (it goes by the acronym TRIPS, of which we have more to say later in this chapter). It is here, says the economist, that the new global order has "condemned people to death" by imposing impossible tariffs and tributes to pay to pharmaceutical companies for branded medicines. "They don't care," said the professor of the corporations and bank ideologues he worked with, "if people live or die."

By the way, don't be confused by the mix in this discussion of the IMF, World Bank and WTO. They are interchangeable masks of a single governance system. They have locked themselves together by what are unpleasantly called "triggers". Taking a World Bank loan for a school "triggers" a requirement to accept every "conditionality" -- they average 111 per nation --laid down by both the World Bank and IMF. In fact, said Stiglitz, the IMF requires nations to accept trade policies more punitive than the official WTO rules.

Stiglitz's greatest concern is that World Bank plans, devised in secrecy and driven by an absolutist ideology, are never open for discourse or dissent. Despite the West's push for elections throughout the developing world, the so-called Poverty Reduction Programs "undermine democracy". And they don't work. Black Africa's productivity under the guiding hand of IMF structural "assistance" has gone to hell in a handbag.

Did any nation avoid this fate? Yes, said Stiglitz, identifying Botswana. Their trick? "They told the IMF to go packing."

So then I turned on Stiglitz. OK, Mr Smart-Guy Professor, how would you help developing nations? Stiglitz proposed radical land reform, an attack at the heart of "landlordism", on the usurious rents charged by the propertied oligarchies worldwide, typically 50 per cent of a tenant's crops. So I had to ask the professor: as you were top economist at the World Bank, why didn't the Bank follow your advice?

"If you challenge [land ownership], that would be a change in the power of the elites. That's not high on their agenda." Apparently not.

Ultimately, what drove him to put his job on the line was the failure of the banks and US Treasury to change course when confronted with the crises --failures and suffering perpetrated by their four-step monetarist mambo. Every time their free market solutions failed, the IMF simply demanded more free market policies.

"It's a little like the Middle Ages," the insider told me. "When the patient died they would say, 'Well, he stopped the bloodletting too soon; he still had a little blood in him'."

I took away from my talks with the professor that the solution to world poverty and crisis is simple: remove the bloodsuckers.

Joe Stiglitz survived his sacking from the World Bank and complaints about our interviews. In September 2001, he was awarded the Nobel Prize in Economics.

This is an excerpt from Greg Palast's book "The Best Democracy Money Can Buy."