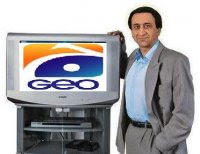 KARACHI - The remarks of a private TV channel’s famous anchorperson, Sohail Warraich during his programme ‘Mere Mutabiq’, in which he explored the possibility of Sindh dividing into a new province, enraged people throughout the province and protesters in large numbers took to the streets on Sunday to express their annoyance. Warraich’s remarks on his TV programme, which was broadcasted on Saturday, spread like wildlife throughout the province and thousands of SMSs started doing the rounds, condemning the programme and the channel. Activists of civil society organisations and Sindhi nationalist parties as well as ordinary citizens unleashed scathing criticism on the anchorperson as well as the TV channel, Geo News. Hundreds of protesters blocked the Thatta-bound main National Highway for around an hour and chanted slogans against the TV channel. Sindhi nationalist parties including Jeay Sindh Qaumi Mahaz (JSQM), Sindh Taraqi Pasand Party (STPP), Awami Tehreek and others termed the TV programme as an attack on the unity of Sindh and issued a protest call against the channel. REFERENCE: Sohail Warraich loses his fan club in Sindh Amar Guriro http://www.pakistantoday.com.pk/2011/07/sohail-warraich-loses-his-fan-club-in-sindh/ 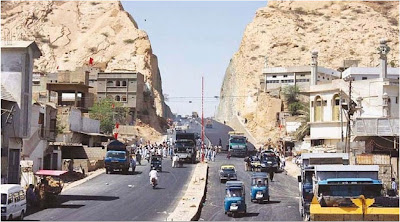 Delivering a live telephonic address from London on the foundation day of Muttahida Qaumi Movement at Lal Qila Ground, Azizabad, on Tuesday, Altaf Hussain gave a message of brotherhood, love and affection, saying that the spirit of tolerance needs to be inculcated among each member of both the MQM and PPP. Presenting a peace formula, Altaf Hussain said that all the religious and political parties of the country should send five-member delegations to Karachi for the sake of restoring peace, adding: “If a single bullet is fired anywhere in the city, these delegations should be sent to the concerned area to see by themselves as to who is spoiling the peace of Karachi”. He particularly invited Jamat-e-Islami, Tehrik-e-Insaf, Pir Saheb Pagara of PML-F, Sheikh Rasheed of Awami Muslim League and PML(N) to come to Karachi for taking out a rally for peace and unity. He also invited Asfandyar Wali to come to Karachi for the sake of peace as Karachi happens to be the economic hub of the country and it belongs to each and every person living in this city. REFERENCE: Altaf warns PPP not to push MQM to the wall Fasahat Mohiuddin Wednesday, July 27, 2011 http://www.thenews.com.pk/TodaysPrintDetail.aspx?ID=59659&Cat=4&dt=7/27/2011 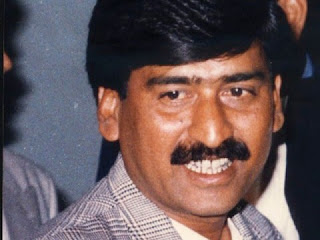 ISLAMABAD: Mohajir Qaumi Movement’s chairman Afaq Ahmed admitted on Monday that he had received Rs5 million from Younus Habib in 1993, long after he along with several other leaders had parted ways with the party led by Altaf Hussain. He claimed that Mr Hussain had also received Rs5 million from Mr Habib in his presence and that former army chief Gen Mirza Aslam Beg was present on the occasion. Addressing a press conference, Mr Ahmed said he was presenting facts before the media so that it could highlight them without any fear. He accused the Muttahida Qaumi Movement of being involved in extortion and issuing threats to all segments of society in Karachi. “I have told this to the media in Karachi too but they do not have the courage to carry such things,” he said. Mr Afaq said Karachi was a part of the country but policymakers generally thought that negotiating with Mr Hussain was the only way to move ahead because of his influence in the city. He said it was imperative to clear the city of weapons for peace and tranquillity. “We will try to bring religious, nationalists and political groups to one platform for peace in Karachi.” In reply to a question, Mr Ahmed said that if new provinces were made on an ethnic grounds then it would be a never-ending process that might lead to disintegration of the country. REFERENCE: Afaq says he, Altaf got money from Younus A Reporter 20th March, 2012 http://www.dawn.com/2012/03/20/afaq-says-he-altaf-got-money-from-younus.html الطاف حسین بھتہ لیتے ہیں: آفاق احمد