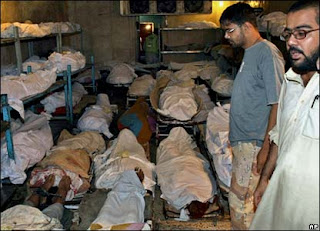 LAHORE: Sitting with the blue-eyed guys of living dictator General (r) Pervez Musharraf — embracing the MQM is not the first summersault by the ‘champions of democracy,’ PML-N has a history of U-turns on its stance. Noteworthy is a clause of the declaration of the All Parties Democratic Movement (APDM) held in London that was organised and financed by the PML-N that reads that no political party would interact with the MQM. This ‘socio-political boycott’ of the MQM was motivated, pressed and got approved with the personal interest of the N-League leadership. The reason given to the participants was that the party is the opening batsman of the dictator and had damaged the democratic norms, institutions and the political forces. The PML-N leadership has been repeatedly saying that it would not compromise on the democratic norms and tolerate any person or group who remained part of the Musharraf administration, but its took a U-turn when it adopted a person, Zahid Hamid, who was law minister of PCO of November 3, 2007, that imposed emergency in the country that is being dubbed as ‘second martial law’ by Mian Nawaz Sharif. It does not stop here, as PML-N chief took in his folds Rana Nazir Ahmad of Gujranwala, who was an active leader of PML-Q during Musharraf regime. The former minister of Chaudhry Pervaiz Elahi, Chaudhry Muhammad Iqbal Gujjar is the recent entry in the party ranks. The story of U-turns goes back to general elections of 2008 when APDM decided to boycott the polls. The APDM was a political alliance consisting of thirty-two parties opposed to the military rule of Pervez Musharraf. Its noteworthy members included Pakistan Tehreek-e-Insaf, Pakistan Muslim League-N, Pakhtunkhwa Milli Awami Party, Muttahida Majlis-e-Amal and Awami National Party. All legislators of APDM resigned from their National Assembly and the regional assemblies seats when Musharraf’s nomination papers for the presidential election were accepted. REFERENCE: A tale of N-League somersaults By Raja Riaz Friday, July 08, 2011 http://www.dailytimes.com.pk/default.asp?page=2011%5C07%5C08%5Cstory_8-7-2011_pg7_15
Apas ki baat - 6th july 2011 part 1
URL: http://www.youtube.com/watch?v=egUDM_1qpBE

The major stakeholders of this political alliance, PTI, Jamaat-e-Islami and Pakhtunkhwa Milli Awami Party, decided not to contest the election. Nawaz Sharif endorsed the decision but on his return to country, his party participated in the polls. During those days he shifted his stance many times but finally took part in the process and as a result Shahbaz Sharif became the chief minister of the biggest federating unit, Punjab, with the help of the PPP. Since the inception of Punjab Assembly, the N-League had been opposing taking PML-Q legislators in its folds, but the situation is different — the PML-N accepted them but in a different way. They were asked to become turncoats as a new group – Unification Block – was formed and its members became the pillar to save the Punjab government. There’s a major change in the PML-N policy, as it had always expressed opposition to destabilising the government and had called for letting the assemblies complete their tenure. The Sharifs of Punjab were very vocal on the point that completion of constitutional tenure3 is a must for strengthening the democratic norms. They refused to become a part of any movement aimed at dislodging the government, but their recent move is aimed at toppling the democratic setup. The grand alliance in the offing, led by Sharifs of Punjab, is based on one-point agenda – getting rid of Asif Ali Zardari-led PPP administration, another change in its stance. REFERENCE: A tale of N-League somersaults By Raja Riaz Friday, July 08, 2011 http://www.dailytimes.com.pk/default.asp?page=2011\07\08\story_8-7-2011_pg7_15
Mushahid Ullah (PML - N) & Waseem Akhter (MQM) fight in Mazrat K Sath 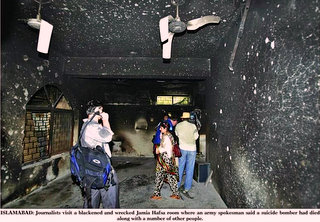 Scuffle on Lal Masjid Operation between MQM AND PML-N and bitter Truth: KARACHI, July 10: Muttahida Qaumi Movement chief Altaf Hussain has praised the government, President Gen Pervez Musharraf and armed forces, particularly the Special Services Group, for successfully completing the Lal Masjid-Jamia Hafsa operation.In a statement issued from London on Tuesday night, Mr Hussain also appreciated efforts made by ulema for resolving the crisis peacefully. Commending the way the crisis was handled, he said the government demonstrated unprecedented patience over the past four months and tried to resolve the issue through protracted negotiations and peaceful means. However, the government did not receive any positive response from hundreds of armed militants. He said these terrorists had jeopardised national security and integrity of the country and their activities should not be allowed to be repeated anywhere in the country. He offered his heartfelt condolences to families of the army officers and soldiers who sacrificed their lives for the country. He also prayed for speedy recovery of those injured in the operation. REFERENCE: Altaf praises army for successful operation By Our Staff Reporter July 11, 2007 Wednesday Jamadi-us-Sani 25, 1428 http://archives.dawn.com/dawnftp/72.249.57.55/dawnftp/2007/07/11/top8.htm
MQM in Punjab Court (Front line 7th July 2011)


QUOTE"
Keynote Speech by Altaf Hussain, MQM Founder & Leader at the conference - India and the World: A Blueprint for Partnership and GrowthTranslation provided by Dean Ali
======================
The Management of Hindustan Times
Distinguished Guests and Honourable Speakers
As Salam'O'Alaikum - Namastay - Sat Sri Akal and Good Afternoon 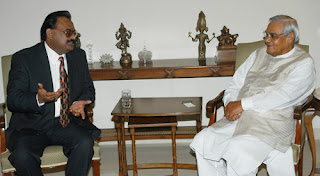 It is incredible that PML-N which was trumpeting principled politics in the country and was passionately opposed to MQM's terrorist activities has now entered in an alliance with a party who has thrived on violence, blackmailing and extortion. Karachi is in grip of violence and the reports indicate that MQM terrorist are targeting their opponents. Mr Nawaz Sharif may have thought that by bringing MQM to their side will put pressure on Zardari but he is conveniently forgetting that MQM is responsible for 12th May carnage, burning alive advocates and target killings. Just wait for some time both parties will at each other's throats. The MQM has remained in power by hook and crook. They have achieved so much in the present government and now are eyeing on the future hoping that PML-N come to power in next elections. This, however, does not mean the Mr Nawaz Sharif should provide these thugs his support and much needed respectability and now pursue a policy which can best be described as an enemy of my enemy is my friend'. This is going to backfire on PML-N and the time will come when fascists will pull the rug under Mian Sahib's feet.