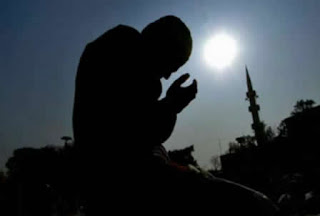 Since Rulers have become so blind in their rage that they don't even think of those even for a second who faces the consequences of Fiery Political Statements, which result after the rant of "ANY AND ALL POLITICIANS, therefore one should "PRAY" to save himself/herself and their respective Families.

Translation: Allahummahdini fi man hadayta, wa Afini fi man Afayta, wa tawallani fi man tawallayta, wa barik li fi man A'a tait, wa qini sharra ma qadayta, fa innaka taqdi wala yuqda alayka, wa innahu la yadhillu man wa layta, tabarakta rabbana wata alayt.
O Allah! Guide me along with those who have been guided aright and grant me safety along with those who have been granted safety and patronise me along with those who have been patronised and add your blessing to what You have given me and save me from the injurious effects to what you have ordained. You alone dispose and no other can dispose against you. One who is under Your Protection cannot be lowered. You are full of blessing and Most High. (Reference: Sunan Al-Bayhaqi,Abu Bakr Ahmad ibn Husayn Ibn 'Ali Ibn Moussa al-Khosrojerdi)