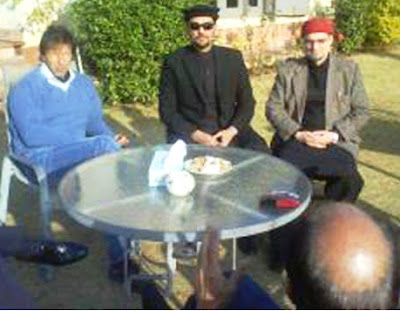 Zaid Hamid spews the same message as Aamir Liaquat but goes about it in a different way. Where Liaquat speaks deliberately and with an affected accent, preferring emotional appeals to facts, Hamid has a rapid-fire delivery and peppers his monologues with dubious statistics and frequent anecdotes. The major thrust of all of Hamid’s sermons is that the Muslim world in general and Pakistan specifically is being targeted by an unholy American-Indian-Israeli axis. In this worldview, the Tehreek-e-Taliban Pakistan are the ‘bad’ Taliban who are agents of RAW and other nefarious intelligence agencies, while outfits like the Jamaat-ud-Dawa and Lashkar-e-Taiba are the ‘good’ Taliban fighting in Kashmir and taking the battle to the enemies. For a while Hamid’s entertaining but dangerous rants led to great TV ratings but soon the bottom fell out. Advertisers didn’t want to be associated with this brand of conspiracy theorising, and the novelty value of his act wore off. Rumours that he had once been associated with a man claiming to be a prophet and his appearance on an FIR for a murder case further sullied the Zaid Hamid brand. But his hiatus proved to be short-lived. On the occasion of Nawaz Sharif making unexpected peace overtures to India, Hamid was invited as an expert panelist on a talk show. By now his routine has become predictable; so much of what he said was tiresome but expected. He, however, decided to use this platform to launch a tirade against a new target: the South Asian Free Media Association (SAFMA). On a show hosted by Meher Bokhari on Dunya TV, Hamid accused SAFMA of being Indian-funded and called them RAW agents. Zaid Hamid, it must be noted, is criticised by Pakistani journalists and Islamic scholars alike for propagating conspiracy theories without an iota of truth in them. Currently, he is being sued by SAFMA. Meanwhile, Hamid’s protege and co-host in a show called Iqbal ka Pakistan, Ali Azmat, has returned to his roots to propagate his conspiracy theories. The former Junoon singer released a song “Bum Phatta” that encapsulated his and Hamid’s worldview in a three-minute rock song. The video featured Azmat in various guises meant to symbolise those who truly control the world, included among them a cabal of Zionist bankers (for more on Ali Azmat read a 2010 Newsline exclusive interview with the singer/songwriter). No amount of chemotherapy seems to be effective in eliminating this cancer that is worming its way and spreading through public discourse in Pakistan. REFERENCE: Questionable Preachings By Zain Ali 30 OCTOBER 2011 http://www.newslinemagazine.com/2011/10/questionable-preachings/ 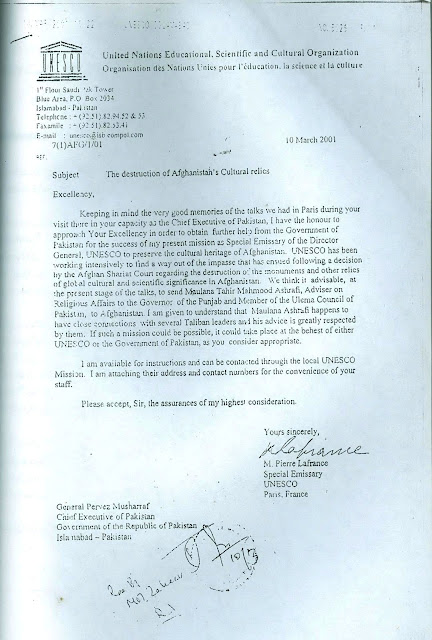 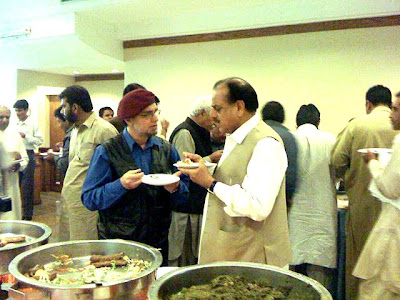 Tahir Ashrafi, on one hand claim to defend Mujahideen but on the other hand his dirty links are not just with RAW backed SAFMA but also with UN and French intelligence and he has been serving their interests for ages. Here we produce a confidential letter written by a UN officer just before the UN approved invasion of Afghanistan by the Zionists. Here, these UN Zionists are writing to Perzez Musharraf to send Tahir Ashrafi to Mullah Omar on the Bamiyan statue issues. This fasadi mullah was to plead the case of UN's french director, most probably to gather intelligence on Taliban before the US led invasion. Today, he works for SAFMA and RAW gathering intelligence on Mujahideen in Pakistan. This letter by UN clearly shows how much the crusaders trust this snake. Now he has also become the champion of Khatm e Nubuwwat also. Astaghfurullah! REFERENCE: Tahir Ashrafi - SAFMA - French intelligence - RAW Syed Zaid Zaman Hamid [Official] WEDNESDAY, FEBRUARY 22, 2012 http://brasstacks-media.blogspot.com/2012/02/tahir-ashrafi-safma-french-intelligence.html?m=1 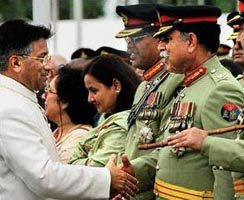 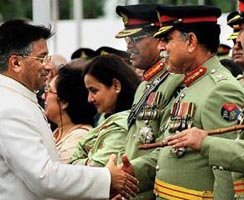 ISLAMABAD, Sept 18: The high-level delegation led by ISI Chief Lt. Gen. Mahmood came back, leaving Taliban behind mussing over tough choices which would be further discussed at a meeting of 600 Afghan clerics in Kabul. No official announcement about the outcome of two-days discussions with the Taliban in Kandahar and Kabul was made after the arrival of the delegation. When contacted a highly placed government source said no official announcement was expected till a decision was made from Afghan Shura which is reportedly meeting in Kabul. "The delegation went to Afghanistan not for negotiations but to impress upon the Kabul regime the gravity of the situation," Foreign Office Spokesman Riaz Ahmed Khan told a news briefing earlier in the day. Unconfirmed reports said the Taliban had set three conditions including lifting of UN sanctions, commitment of financial assistance for restructuring of war ravaged country and trial of Osama bin Lander in a neutral country for handing over the Saudi millionaire and alleged prime suspect in World Trade Centre and Pentagon incidents. The foreign office spokesman did not offer any comment on the outcome of the talks or the three conditions reportedly set by Taliban. REFERENCE: ISI team back from Afghanistan By Faraz Hashmi DAWN WIRE SERVICE Week Ending : 22 September 2001 Issue : 07/38 http://www.lib.virginia.edu/area-studies/SouthAsia/SAserials/Dawn/2001/sep2201.html#isit 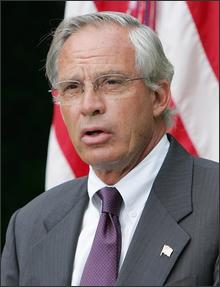 On the morning of Sept. 11, Goss and Graham were having breakfast with a Pakistani general named Mahmud Ahmed -- the soon-to-be-sacked head of Pakistan's intelligence service. Ahmed ran a spy agency notoriously close to Osama bin Laden and the Taliban. A Goss aide handed a note to his boss. Goss read it and handed it to Graham. Soon they would evacuate the Capitol, but not before Goss, the designated speaker pro tempore, symbolically opened the House for one minute. The discussion that morning touched on Taliban links to terrorism, but Goss says his greatest worry was the dispute in Kashmir -- and the nuclear weapons possessed by feuding Pakistan and India. A few weeks earlier, Goss and other lawmakers had visited the region on a fact-finding tour, but he admits he wasn't focused on bin Laden at the time. "I had it wrong," he says. "I was looking east [toward Kashmir] instead of west [toward Afghanistan] when I was standing in Islamabad." He says this with no embarrassment or defensiveness. This is part of why people like Goss. When he gets it wrong, he doesn't dissemble. "Seek Ye the Truth" -- that's the CIA's motto. He would affix the same slogan to his investigation. "This is a professional, responsible, nonpartisan activity," Goss says. But as far as what kind of weaknesses, flaws or lapses (don't call them failures) he thinks the investigation will uncover -- and how to fix them -- there is little point asking. The chairman is an impenetrable target in a denied area. That's the way it is in the intelligence game. "You can spend two hours in here saying, 'I've talked to Porter Goss,' and still not have a clue what my plans and intentions are," the Company man says, before bidding farewell to his interrogator with a handshake and smile. REFERENCE: A Cloak But No Dagger An Ex-Spy Says He Seeks Solutions, Not Scapegoats for 9/11 By Richard Leiby Washington Post Staff Writer Saturday, May 18, 2002; Page C01 http://www.washingtonpost.com/ac2/wp-dyn/A36091-2002May17?language=printer
Funny ZAID HAMID Exposed