US Elections: Republicans or Democrats - III

Republicans, please put America First Mike Ghouse, Dallas, TexasOctober 11, 2008It is time for you, the good principled Republican senators, congressmen and women and all those committed to the principles of the party to wake up and rescue the party from being hijacked again by those who want power devoid of republicanism.

Republican or Democratic, which way?

US Democrats too aren't angels either.
A glimpse:

"QUOTE"
When the United States invaded Iraq, a New York Times/CBS News survey estimated that 42 percent of the American public believed that Saddam Hussein was directly responsible for the September 11th attacks on the World Trade Center and the Pentagon. And an ABC News poll said that 55 percent of Americans believed that Saddam Hussein directly supported Al Qaida. None of this opinion is based on evidence (because there isn't any). All of it is based on insinuation, auto-suggestion, and outright lies circulated by the U.S. corporate media, otherwise known as the "Free Press," that hollow pillar on which contemporary American democracy rests. Public support in the U.S. for the war against Iraq was founded on a multi-tiered edifice of falsehood and deceit, coordinated by the U.S. government and faithfully amplified by the corporate media. 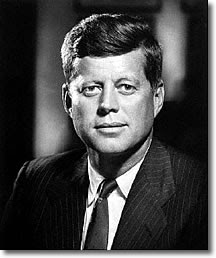 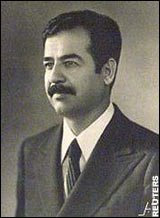 
Never mind that forty years ago, the CIA, under President John F. Kennedy, orchestrated a regime change in Baghdad. In 1963, after a successful coup, the Ba'ath party came to power in Iraq. Using lists provided by the CIA, the new Ba'ath regime systematically eliminated hundreds of doctors, teachers, lawyers, and political figures known to be leftists. An entire intellectual community was slaughtered. (The same technique was used to massacre hundreds of thousands of people in Indonesia and East Timor.) The young Saddam Hussein was said to have had a hand in supervising the bloodbath. In 1979, after factional infighting within the Ba'ath Party, Saddam Hussein became the President of Iraq. In April 1980, while he was massacring Shias, the U.S. National Security Adviser Zbigniew Brzezinksi declared, "We see no fundamental incompatibility of interests between the United States and Iraq." Washington and London overtly and covertly supported Saddam Hussein. 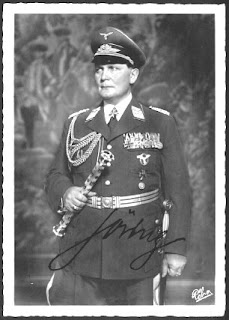 They financed him, equipped him, armed him, and provided him with dual-use materials to manufacture weapons of mass destruction. They supported his worst excesses financially, materially, and morally. They supported the eight-year war against Iran and the 1988 gassing of Kurdish people in Halabja, crimes which 14 years later were re-heated and served up as reasons to justify invading Iraq. After the first Gulf War, the "Allies" fomented an uprising of Shias in Basra and then looked away while Saddam Hussein crushed the revolt and slaughtered thousands in an act of vengeful reprisal. It was Herman Goering, that old Nazi, who said, "People can always be brought to the bidding of the leaders.… All you have to do is tell them they're being attacked and denounce the pacifists for a lack of patriotism and exposing the country to danger. It works the same way in any country." He's right. It's dead easy. That's what the Bush regime banks on. The distinction between election campaigns and war, between democracy and oligarchy, seems to be closing fast. 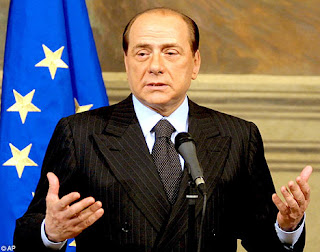 Democracy has become Empire's euphemism for neo-liberal capitalism. In countries of the first world, too, the machinery of democracy has been effectively subverted. Politicians, media barons, judges, powerful corporate lobbies, and government officials are imbricated in an elaborate underhand configuration that completely undermines the lateral arrangement of checks and balances between the constitution, courts of law, parliament, the administration and, perhaps most important of all, the independent media that form the structural basis of a parliamentary democracy. Increasingly, the imbrication is neither subtle nor elaborate. Italian Prime Minister Silvio Berlusconi, for instance, has a controlling interest in major Italian newspapers, magazines, television channels, and publishing houses. The Financial Times reported that he controls about 90 percent of Italy's TV viewership. Recently, during a trial on bribery charges, while insisting he was the only person who could save Italy from the left, he said, "How muchlonger do I have to keep living this life of sacrifices?" That bodes ill for the remaining 10 percent of Italy's TV viewership. What price Free Speech? Free Speech for whom? In the United States, the arrangement is more complex. Clear Channel Worldwide Incorporated is the largest radio station owner in the country. It runs more than 1,200 channels, which together account for 9 percent of the market. Its CEO contributed hundreds of thousands of dollars to Bush's election campaign. When hundreds of thousands of American citizens took to the streets to protest against the war on Iraq, Clear Channel organized pro-war patriotic "Rallies for America" across the country. It used its radio stations to advertise the events and then sent correspondents to cover them as though they were breaking news. The era of manufacturing consent has given way to the era of manufacturing news. Soon media newsrooms will drop the pretense, and start hiring theatre directorsinstead of journalists. 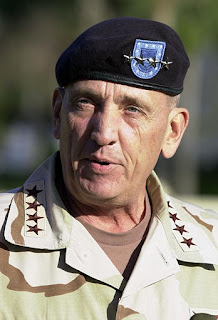 As America's show business gets more and more violent and war-like, and America's wars get more and more like show business, some interesting cross-overs are taking place. The designer who built the 250,000 dollar set in Qatar from which General Tommy Franks stage-managed news coverage of Operation Shock and Awe also built sets for Disney, MGM, and "Good Morning America." It is a cruel irony that the U.S., which has the most ardent, vociferous defenders of the idea of Free Speech, and (until recently) the most elaborate legislation to protect it, has so circumscribed the space in which that freedom can be expressed. In a strange, convoluted way, the sound and fury that accompanies the legal and conceptual defense of Free Speech in America serves to mask the process of the rapid erosion of the possibilities of actually exercising that freedom. The news and entertainment industry in the U.S. is for the most part controlled by a few major corporations - AOL-Time Warner, Disney, Viacom, News Corporation. Each of these corporations owns and controls TV stations, film studios, record companies, and publishing ventures. Effectively, the exits are sealed. America's media empire is controlled by a tiny coterie of people. Chairman of the Federal Communications Commission Michael Powell, the son of Secretary of State Colin Powell, has proposed even further deregulation of the communication industry, which will lead to even greater consolidation. So here it is - the World's Greatest Democracy, led by a man who was not legally elected Another urgent challenge is to expose the corporate media for the boardroom bulletin that it really is. 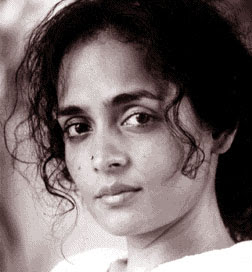 Instant-Mix Imperial Democracy (Buy One, Get One Free) by Arundhati Roy Presented in New York City at The Riverside Church May 13, 2003 Published on Sunday, May 18, 2003 by
CommonDreams.org

Instant-Mix Imperial Democracy (Buy One, Get One Free), by Arundhati Roy