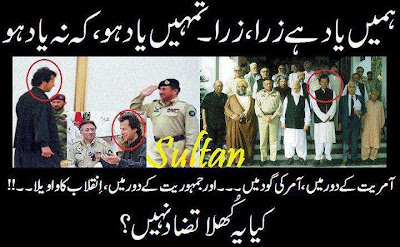 Here is a very old news "culled" from Daily Dawn 1996 about Abdul Sattar Edhi: The last of these rings a bell. It was a proposed pressure group that made Maulana Abdul Sattar Edhi see red a little over a year ago, leading him briefly to abandon the leadership of his mammoth humanitarian operation in Karachi. He revealed little beyond that his life was in danger after he had turned down an offer to join a subversive lot to destabilise the Benazir Bhutto government, and that Imran Khan was somehow involved in it a charge which, despite its vagueness, the former fast bowler has never satisfactorily been able to explain away. At the time, Imran Khan association with retired General Hamid Gul prompted speculation that the ex-military intelligence chief, notorious for his Afghan exploits and an inveterate foe of Ms Bhuttos regime, was up to no good. The stigma has not disappeared, and it will be interesting to see whether Hamid Gul has an upfront role in the forthcoming organisation. Imrans twists and turns By Mahir Ali DAWN WIRE SERVICE Week Ending : 25 April 1996 Issue : 02/17 http://www.lib.virginia.edu/area-studies/SouthAsia/SAserials/Dawn/1996/25Ap96.html#imra 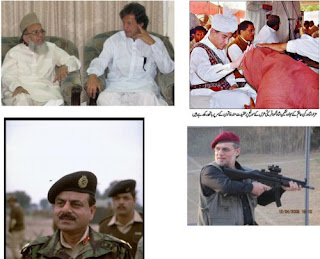 Q. Have you ever been approached by political or other groups for support?
A. Once, I was approached by General Hamid Gul, Imran Khan and few others, mostly military and intelligence officials, who were conspiring to overthrow Benazir Bhutto`s second government and wanted me to get involved. I declined because I am a social worker and not a politician. I also did not want to tarnish the credibility of my organisation by getting embroiled in something that obviously seemed quite disturbing. Eventually, I was made to feel threatened enough to temporarily leave the country. REFERENCE: “Pakistan is at a critical make-or-break stage” By Qurat ul ain Siddiqui March 15, 2010 http://archives.dawn.com/archives/66970
I’ll Be Your Mirror by Madiha R. Tahir
http://www.caravanmagazine.in/Story.aspx?Storyid=1229&StoryStyle=FullStory 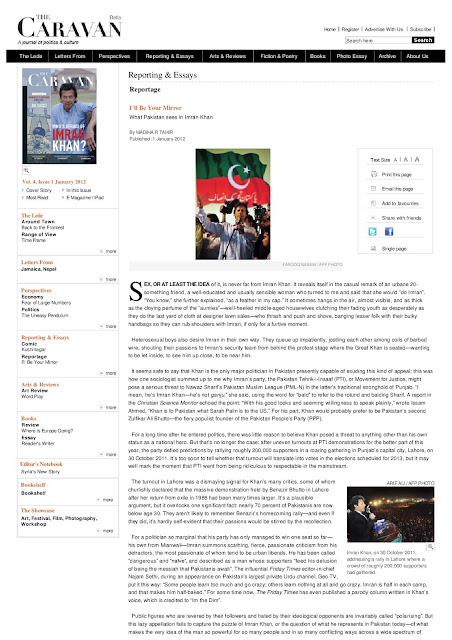 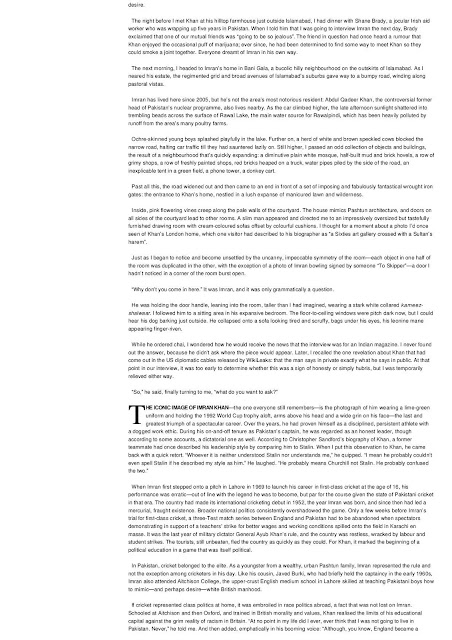 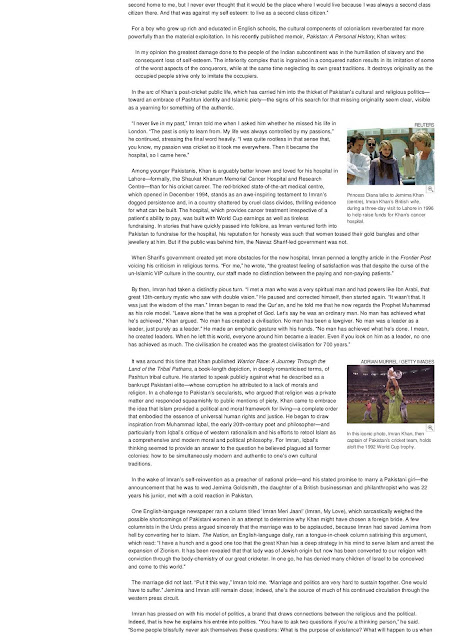 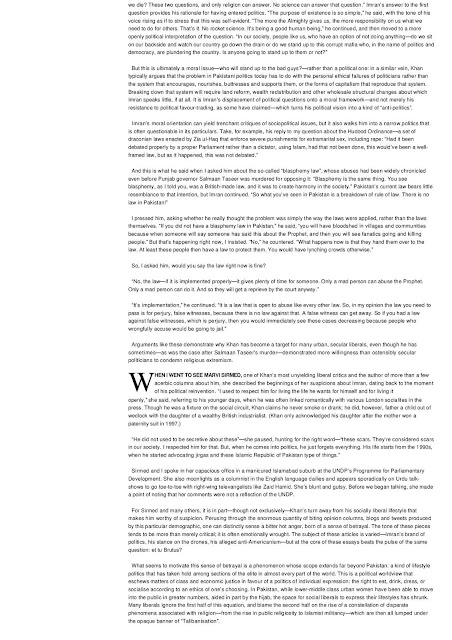 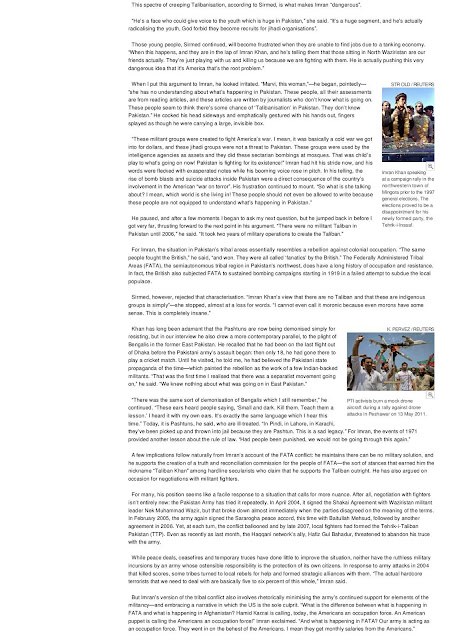 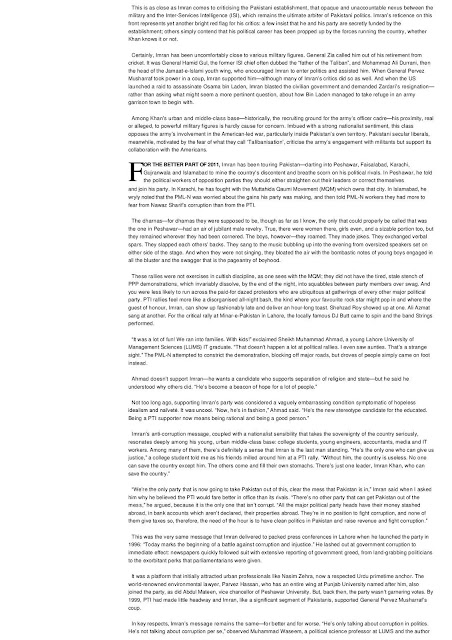 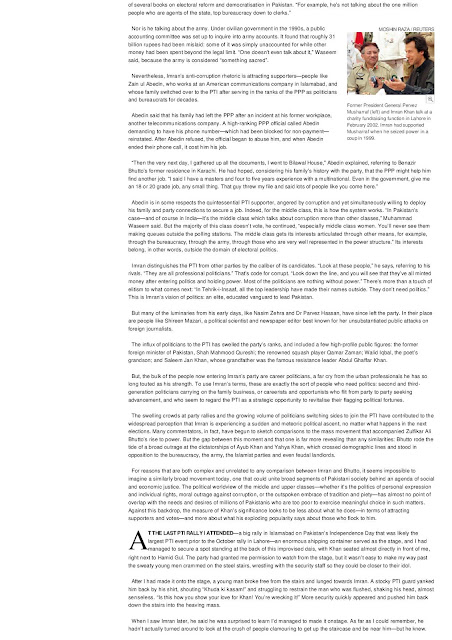 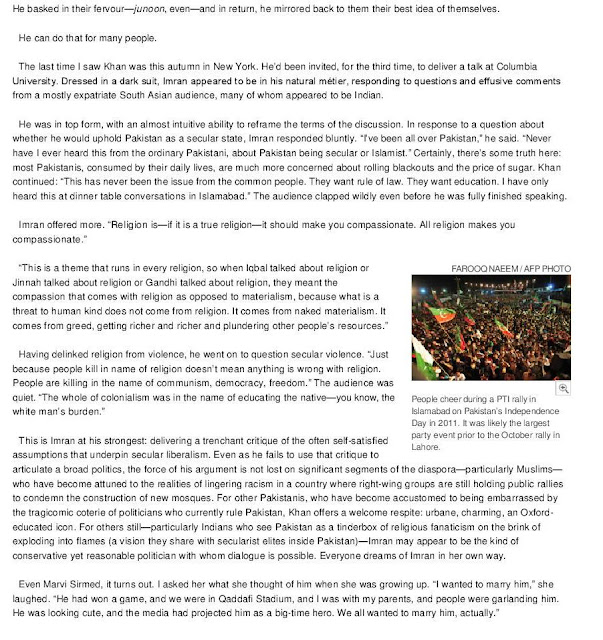