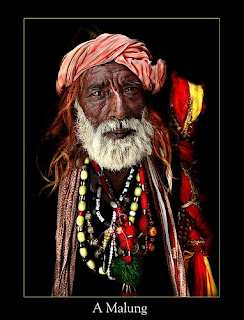 Following are the quotes from their own books. I have read their books and while reading it is revealed that these Anarchist Deobandis [that includes Taliban and Lal Mosque Brigade] practice everything secretly which is practiced by Shias and Barelvis e.g. Taweez, Ganda, Amaliyat, Sufism, Chilla, Taskheer-e-Jinnat Wa Moakillat [Charms, Amulets, Special Incantation (creation of their own not in Quran and Hadith), and Practicing Black Magic through Quran], the only difference is that Shias and Barelvis have the 'Moral Courage' to do these things openly but Deobandis have no so such courage. One of the Deobandi Madrssah in Pakistan which is owned by a former Shariah Court Judge, publishes a book regularly from which these Haraam Practices [Unlawful] mentioned above and the claim by the Administrator of this Madressah about the following book is that the Incantation [Wazeefas and Taweezat] are as per Islamic Shariah. I have read the below mentioned bookmyself [word by word - cover to cover] which was from Arabic to Urdu during the so-called Islamic Period of General Zia ul Haq [Son in Law of Mian Tufail - Ameer of Jamat-e-Islami]. Original manuscript is also in Museums of Paris, France.

1- Shamsul Muarif Al Kubra by Abul Abbas Ali Boni {the most shameful book ever written on Black Practices like Magic and Amulets through Holy Quran}.

The other books which are prevalent in Deobandis for the practices mentioned above:

1 - Asli Jawaher-e-Khamsa by Shah Mohammad Ghaus Gawaliyari. {One of the most dirtiest and treacherous books on objectionable and blasphemous recitation of Holy Quran and polytheists recitation for ulterior motives. May Allah save every Muslim from using or even reading this book}.

3 - Aamal-e-Qurani by Maulana Ashraf Ali Thanvi {a book containing such shameful and blasphemous practices using Holy Quran and its Holy verses for ulterior motives. May Allah save every Muslim from such books}.

There is no such thing as Kashful Qaboor [Knowledge of what's happening in the grave] , this Aqeedah [Belief] itself is a worst kind of Kufr [Disbelief] and it is totally against Quran and Hadith as well. There is another myth that is popular amongst the people of Lahore that the grave of Late. Ahmed Ali Lahori [no doubt a pious deobandi scholar but it has been attributed to him that he had the knowledge of Grave mentioned above] has the scent of Musk! No such scent was ever felt when I myself was in Saudi Arabia and visited Graveyard of Medina [Jannatul Baqih] where several Companions of the Prophet Mohammad [PBUH] and his his near family members are buried and believe me they [May Allah be pleased with all of them] were far more pious then the Mullahs/Sufis.

Whatever is in the grave is hidden from Men and Jinn and Mullah Lahori or any other Tom, Dick or Harry cannot listen. No such Wazeefa [Incantation, Supplications and Recitations of Quran] exist in the Traditions [Hadiths], Athar and Qaul [Companions Tradition] and Interpretation of Maliki, Hanafi, Shaf'ai, and Hanbali School of thought. These kind of absurdities started in Indo-Pak Mullahs of Deoband and that is why British Raj successfully governed the Sub-Continent with carte blanche and sent most of these Deobandi Maulvis to Kala Pani [Death Island] near Far East and no Wazeefa helped these Deobnadi Anarchists to attain their Freedom. Mullah Omar of Afghanistan before 911 when he took over Afghanistan had made a speech and said that he had seen Prophet Mohammad [PBUH] in his dream and later he showed the alleged Shirt of Prophet Moahmmad [PBUH] to get the loyalties of Innocent and Ignorant Afghans but it didn't help him either against the Americansafter 911. Shah Ismail Shaheed and Syed Ahmed Shaheed [Book Sirat-e-Mustaqeem] had also claimed of such dreams [in total more than 20] to launch Jihad against Sikhs in NWFP 200 years ago but in reality they were thoroughly defeated by Sikhs with the help of Muslim Barakzai and Durrani Tribes of NWFP. Dreams and Kashf [Influx] are not Hujjat [Proof] in Islam.

Deobandis [Hanafites and as per Ahl-e-Hadith Scholars these Deobandis are not Hanafites but Asharis and Maturidis and for Ahl-e-Hadiths, Deobandis are deviant] are strangest amongst the Muslim they declare Shias as deviants rather apostates but one of the leading Deobandi Scholar Late. Ashraf Ali Thanvi {Maternal Uncle and Father-in-Law of Maulana Ehtisham ul Haq Thanvi of Pakistan} in one of his magnum opus “Baheshti Zewar [Ornaments of Paradise]” which he had written for women and their day to day problems. In this book [earlier 2 volumes now only one and very thin] he in a chapter of Amliyat and Amulets {Special Recitation and Black Magic through Holy Quran} he very independently used a Shia Science of Numerology {Abjad, Hawaz, Hoti, Kaliman, Sohfaz – this science is used to predict future and future of any person as per the claims of masters of this science} for making Amulets for the betterment of this so-called Muslim Ummah. Late. Abu ZehraMisri, way back in 50s had written several books on the life and work of Imam Jafer Sadiq, Imam Abu Haneefa, Imam Ahmed Bin Hanbal, Imam Taimiya, and Imam Qayyam {May God Bless all of them in Heavens, Amen}, in the book which was about Imam Jafer Sadiq, Prof. Abu Zehra had indepth discussed this so-called Shia Science of Numerology and he with several leading Shia Scholars proved that this very “Evil Science of Numerology” is wrongly attributed to the great Imam Jafer because Jafer was a great Fiqh and Scholar and this science if full of polytheism. He further wrote that one Haroon Bin Saeed Ajli invented this Science and attributed and mixed it with the genuine work of Imam Jafer Sadiq. Now we come back to “Deobandiya” who otherwise shamelssly declare Shias as infidels and apostate whereas their own “Deobandi” scholars use this “Deviant Shia Science in their Quranic Black Magic”. There is another magnum opus of Late. Maulana Ashraf AliThanvi known as “Aamaal-e-Qurani” [Special Recitation from Quran] which is full of shameful use of Holy Quranic Verses for ulteriror motives through Heathen Practices e.g. writing the verses with special ink for having magical effects before intercourse with your wife. Major work of these Indian and Pakistani Deobandis resolve around making Aphrodisiacs [Kushta and Tila] for love making or issuing Fatwa of apostasy against believing Muslim or declaring Jihad at the behest of Ulterior Motives e.g. Strategic Depths of Mirza Aslam Beg.

The Sufism of nowadays doesn’t exceed beyond grave, saint worshipping and Taweez Ganda {Amulets} and selling miracles to hoodwink common people in the name of Sufism and False Piety, these Sufiyas are worse than Wolves. The bunkum we read in Sufi books is itself tantamount to lies and super natural tales and common men couldn’t understand what these term Sufiya had used to further confuse the masses. These Books of Sufiyas be burnt in fire openly, once and for all. Their Shrines and Tombs must be razed/buldozed to the ground. All of these books of Sufis like Fissosul Hukum by Ibn-e-Arabi, Fathuhat-e-Makkiya by Ibn-e-Arabi, Kashful Mahjoob by Ali Usman Hajveri aka Data Ganj Bakhsh and other such nonsense prevalent in the name of Sufism, which attribute God Like powers in these Magicians {Sufia} who are out to destroy faith of the common people specifically sub-continent. Hazrat Shah Waliullah Dehelvi in his book “Al Qaul al Jameel Fi Bayan As Sawaus Sabeel” had quoted the Grand Sufi Master Hazrat Junaid Baghdadi [He who does not know Quran and Hadith must not be followed in Tassawuf as our way {Sufism} is linked with Quran and Hadith, Arabic Translation “Kullo Tareeqa Raddatul Shariah Za Howa Zandaqa”. Urdu Translation: Yaani Jis Tareeqat Ko Rad Karay Shariat Pas Who Napat Kufr Hai] and the very same Shah Waliullah telling the readers in the same book that if you want to watch what’s going on in the grave {Kashf-e-Qaboor} Completely forgetting:

No soul knoweth what it will earn to-morrow, and no soul knoweth in what land it will die. Lo! Allah is Knower, Aware. [LUQMAN (LUQMAN) Chapter 30 -Verse 34]

you just sit facing Kaba in the graveyard after ablution and place the copies of Holy Quran all around you [right, left, front and back] and then recite several selected Chapters form Quran and you would be able to see as to what is going on in the grave. These apostate and infidel declaring factories i.e. Deobandi-Wahabi Mullahs follow Shah Waliullah as if he was some kind of God and never bother to look into Quran and Hadiths and tell all and sundry as to from where Shah Waliullah concocted this fairytale of supernatural power to watch inside the grave without digging it. Wasn’t this claim itself an apostasy as only Allah knows what is going on inside the grave and in the worlds which we cannot see {Faith on Unseen – Iman-e-Ghaib}.

You would have often noticed that these fire-starter Mullahs often in Juma Prayers ask from Allah the death of martyrdom and when somebody bumps one of these fire starters their disciples from Madressah resort to damage the property and public transport. They gave strike call and do everything, which is wrong as per their beloved religion Islam and its Shariah. As per their Deobandi-Islam Fatwas there are no mourning for martyrs and since centuries these Sunni Fatwa Mongers castigate and issue Fatwa against Shias on their mourning the martyrdom of Hazrat Hussain Ibn-e-Ali {RA} and his Ahle-Bait but when someone from the Scholars of Deobandiya is ‘martyred’ they raise hue and cry and break every commandment of ALLAH. When you start a fire it always reaches you and burn you down as well. Shias who otherwise always try to prove that they are very innocent but they were also part and parcel of Sunni-Deobandi-Wahabi-Barelvi Mullah Mafia in declaring“Ahmedis or Quadiyanis” as Apostate and Infidel and in the end they are now at the verge of being declared as apostate by this very same Mafia of which they were part and parcel. May God have mercy upon all of us, Amen.

Say (O Muhammad, to the disbelievers) : I say not unto you (that) I possess the treasures of Allah, nor that I have knowledge of the Unseen; and I say not unto you: Lo! I am an angel. I follow only that which is inspired in me. Say: Are the blind man and the seer equal? Will ye not then take thought? [AL-ANAAM (CATTLE, LIVESTOCK) Chapter 6 Verse 50]

Say: For myself I have no power to benefit, nor power to hurt, save that which Allah willeth. Had I knowledge of the Unseen, I should have abundance of wealth, and adversity would not touch me. I am but a warner, and a bearer of good tidings unto folk who believe. [AL-ARAF (THE HEIGHTS) Chapter 7 Verse 188]

And they will say: If only a portent were sent down upon him from his Lord! Then say, (O Muhammad): The Unseen belongeth to Allah. So wait! Lo! I am waiting with you. [YUNUS (JONAH) Chapter 10 Verse 20]

Say (O Muhammad): None in the heavens and the earth knoweth the Unseen save Allah; and they know not when they will be raised (again). [AL-NAML (THE ANT, THE ANTS) Chapter 27 Verse 65]