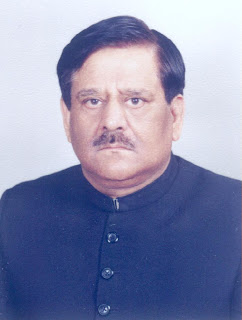 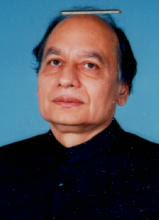 As per The News International Dated 04-April-2008.

"He said nobody should dictate to the PPP as to what to do in this regard. The PPP Co-chairman said the party leadership had suffered a great deal in the past at the hands of the pliant judges but refused to compromise on principles."[1]

As per the editorial of The News International Dated 03-April-2008.

" Malik Qayyum is a diehard loyalist of the old regime and his relations with the PPP have been anything but mutually tolerable. His arguments, public positions and official statements on the issues of the Nov 3 emergency, the PCO, the judges and the judiciary are no secret either. He does not hide his admiration for President Pervez Musharraf and had even publicly stated that if a PPP-led government took over he would quit his office. Normally all such political appointees automatically tender their resignations when governments change as a result of changed mandates. So why is Qayyum still in office and why is the de facto interior minister discussing his administration’s policies with a man who should have been shown the exit door a long time back?[2]


Regarding Pliant Judges and Judiciary, PPP and Asif Ali Zardair should open there eyes.

Some years back when Late. Ms. Benazir Bhutto was with us;

"Ms Bhutto won a major court battle when a seven-member Supreme Court bench upheld her appeal, suspending the five-year jail sentence awarded to Bhutto and Zardari, and ordered a fresh trial into the Cotecna bribery case. The couple was accused of accepting millions of dollars in kickbacks from a Swiss firm. In addition to the jail sentence, the special accountability court headed by Justice Malik Abdul Qayyum had fined them 8.6 million dollars each and disqualified them from public office for five years.

The Supreme Court ruling overturning the sentence did not come as a surprise after it was established that trial by the accountability court was manipulated. Bhutto’s legal position was strengthened after the disclosure of a taped conversation between Justice Abdul Qayyum and Saifur Rehman, chief of Mr. Sharif’s accountability cell. The sensational disclosure of 32 tapes which revealed that the judge was pressured to convict the former prime minister and her husband, left the superior court with no choice but to overturn the controversial verdict. However, the retrial order makes it apparent that the bribery charge has not been quashed. [3]

The following article exposes the malaise that has set in the political system of Pakistan (with the full cooperation of all agencies of the state). However, there still remains hope, for as long as such incidents keep getting exposed, there remains a chance for redemption:

The Sunday Times of London has recently published a story that damns politicians and state institutions alike in Pakistan. The report suggests that an official of the Intelligence Bureau was ordered in 1998 by the head of the Accountability Bureau, Mr Saif ur Rehman, to tap the telephones of Justice Abdul Qayyum of the Lahore High Court (illegal order by politicians, illegal implementation by IB). The IB official later pocketed the tapes and decamped to London, eventually handing them over to the British newspaper. If true, the conversations between Justice Qayyum and Saif ur Rehman, Khalid Anwar (then law minister), Mrs Abdul Qayyum and others are fascinating because they reveal the political bankruptcy of the system and those who are elected or nominated to make it work.

The tapes suggest that Justice Qayyum was bullied by the then prime minister Nawaz Sharif and his minions into convicting former prime minister Benazir Bhutto and her spouse Asif Zardari for corruption in 1998. This means that - irrespective of the substantial evidence laid against the two accused - the trial wasn`t conducted entirely in a free or fair manner as required by law. Ms Bhutto shrieked as much during and after the trial but critics, including TFT, dismissed her allegations against Justice Qayyum as inconceivable. Hence when the review petition comes up for hearing before the Supreme Court on February 26, the court will be hard put to choose between acquitting the couple or ordering a fresh trial. If it clings to a third option - upholding the verdict - it risks being tarred by the same brush.

The role played by each of the actors merits comment. Nawaz Sharif ordered Saif ur Rehman to bug the judge and Mr Rehman had no qualms in barking compliance to the head of the IB who did likewise to his subordinate staff. Everyone acted illegally down the chain of command. Mr Rehman, in particular, stands out like a sore thumb. He is earlier known to have boasted that the ``judges were in his pocket``. Apparently, Mr Sharif also leaned on the then chief justice of the Lahore High Court, Justice Rashid Aziz, to advise Justice Qayyum to do the needful or else. The Supreme Judicial Council needs to take a careful look at this allegation.

The law minister, Khalid Anwar, acted in a deplorable manner. What is wrong with asking a judge to hurry up, he asks. Nothing, if this is done in open court and in a transparent fashion. But it is immoral it if it is done amidst dire threats brandished by officials at the Prime Minister`s behest. Mr Anwar also claims that his government never authorised the IB to wire-tap the judges. Nonsense, says former chief justice Sajjad Ali Shah, who reports that when a bug was discovered on his phone, Mr Anwar advised him not to make an issue of it. We might also recall that this is the same gent who, as President Farooq Leghari`s council in 1996-97 in the Bhutto dismissal case before the Supreme Court, cited phone tapping of judges by the Bhutto regime as a major justification for her government`s ouster.

Finally, there is the judge in the dock. By all accounts, a most competent and learned man, indeed one on whom undue reliance has been thrust by politicians and judges alike in politically sensitive or legally complex cases. But the tapes have compromised his position. He could try and ride out the vicious gossip or he could call it a day and quietly fade away. If he chooses the first route, the law would require him to face the Supreme Judicial Council and explain his situation.

One last matter. The timing of the revelations - just before the Supreme Court is scheduled to hear Benazir Bhutto`s review petition - and the dubious role of the IB Deputy Director (how has he suddenly acquired a conscience?) is thought to cast doubts about the veracity of the tapes and the allegations flowing from them. Not so. The tapes are authentic enough. If they weren`t, every one of the alleged culprits would have tripped over the others to sue the Sunday Times for millions of pounds in criminal defamation and the judges involved would have hauled up everyone in sight for gross contempt of court.

Nor should it matter whether the spook in question received a hefty cheque or a promise of some lucrative posting in the future for allowing his conscience to get the better of him. The fact is that Ms Bhutto has cunningly exploited the counter-evidence at her disposal for maximum effect like a true politician who may be down but refuses to be out.

This case could have far-reaching repercussions. It might give Ms Bhutto a new lease of life. It might stiffen the resolve of lawyers and politicians to agitate for democratic revival and accountability. And it might embolden the judiciary to redeem itself by standing up a little bit to the government. [4]

The Judgement and After By Zahid Hussain [3]