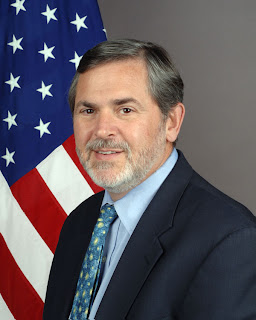 US Assistant Secretary of State Richard Boucher has warned not to make the assumption that President Pervez Musharraf will have no role in a future administrative set-up in Pakistan. “I wouldn’t make that assumption … I would look at positions the parties are taking. And I would just be patient and wait,” said Mr Boucher when a reporter asked him why the US still talked about working with Mr Musharraf when most of the future government and new members of parliament appear unwilling to work with him. “We look forward to working with whoever emerges as prime minister and look forward to working with President Musharraf in his new role.” [1]

President Musharraf’s worries are not only about a constant ridicule across the country and increasing demands that he step aside, but also the commitment of opposition parties to clip the presidency of its sweeping powers without which he would remain just nominal head of state who must only act on the advice of a prime minister and not have the present authority to sack a prime minister, dissolve parliament and choose the heads of the armed forces.

The winning parties do not recognise President Musharraf’s controversial election for another term in October by a dying parliamentary college as valid, mainly on the ground that he blocked the hearing by a Supreme Court bench of challenges to his candidacy in army uniform by imposing an extra-constitutional emergency under which about 60 judges of the Supreme Court and provincial high courts were sacked for refusing or not being called to take oath under a Provisional Constitution Order. [2]

That's why in Iran some years back Mullahs gained ground and routed Secular Democracy because of USA/UK and West's support to the Ruthless Irani Dictator Shah of Iran. People of Pakistan routed Mullahs [allies of Musharraf in the shape of MMA from 2002-2007] in the election 2008 but the USA and the West in a way indirectly supporting Mullahs and US support for Mush will ultimately help Mullahs to again gain ground in Pakistan. That's how the West detroyed the Political System in every Third World Country e.g. Algeria in 90s by not respecting the mandate given by the people IN ALGERIA which the West destroyed through Military Dictatorship. 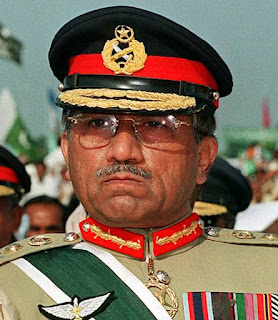 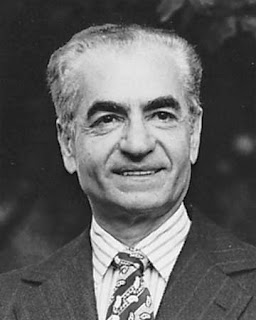 
America's most vulnerable ally in the war on terror is Pakistan. But our alliance with the nuclear-armed Islamic state may be exacerbating that country's instability. Once before in that part of the world, Washington backed a high-profile ruler without regard to his constituents' wishes: Shah Mohammed Reza Pahlavi of Iran. The result was a fiasco for American foreign policy. The Shah's legacy should caution U.S. policymakers that allying too openly with an unpopular leader could have dangerous repercussions.

From 1953 to 1979, Iranian life under the Shah was dreadfully brutal. Through SAVAK, the Shah's secret police and intelligence service, political opponents were routinely tortured. Methods included electric shock, nail extraction, insertion of broken glass into the rectum, and "cooking," which entailed strapping a victim to a bed of wiring that was then heated, cooking the victim alive. The Shah's repression was systematic and unyielding, but he was also America's principal strategic ally in the region. President Dwight Eisenhower gave the Shah millions of dollars in emergency aid for his complicity in Operation Ajax, the U.S. -- British coup that overthrew the democratically elected Iranian prime minister Mohammed Mossadegh in 1953, a decisive turning point in Iran's history. President Lyndon Johnson, who mistakenly praised the Shah for "winning progress without violence and without any bloodshed," signed-off on a six-year, $600 million military sales credit package for the Shah. And President Richard Nixon offered the autocrat the right to buy any non-nuclear U.S. weapons system without congressional or Pentagon review, a deal later described by Time magazine as "carte blanche" for the Shah.

Musharraf has a role in new set-up: US By Anwar Iqbal [1]