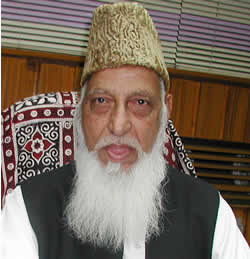 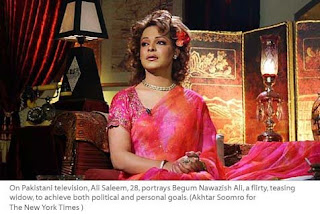 Mawdudi, Jamat-e-Islami, their followers and even those who left this Deviant Cult ar the worst scum walking on Earth.

Read and see yourself as to how the verse you quoted above deserve them.

Strictly speaking for the sake of those who support Jamat-e-Islami and talk of Islam.

The post may please be read as per Islamic point of view. Had the Jamat-e-Islami been a Secular and Non Religious Party it wouldn’t have been an issue but since Jamat-e-Islami was founded by Late. Syed Abul Ala Maudoodi on Quranic principles of:

And there may spring from you a nation who invite to goodness, and enjoin right conduct and forbid indecency. Such are they who are successful. [The Family of Imran – III (Soorah Aal-e-Imran) Verse 104]

Ye are the best community that hath been raised up for mankind. Ye enjoin right conduct and forbid indecency; and ye believe in Allah. And if the People of Scripture had believed it had been better for them. Some of them are believers; but most of them are evil livers {The Family of 'Imran- III (Soora Al-Imran) Verse 110}.

They restrained not one another from the wickedness they did. Verily evil was that they used to do! {The Table Spread – V (Soora Al-Maida) Verse 79).

And when they forget that whereof they had been reminded, We rescued those who forbade wrong, and visited those who did wrong with dreadful punishment because they were evil-livers {The Heights - VII (Soora Al-Araf) Verse 165}.

Now read about the conduct of a senior Jamat-e-Islami Member [nowadays an active member of MMA (an ally of General Musharraf in Baluchistan Government and Creator of LFO/17th Constitutional Amendment)] Mr. Naimatullah Khan [Former Mayor of Karachi]. Day in day out these Mullahs lecture all of us about Moral Turpitude and decay in Pakistani Society but they themselves should be scrutinized through the very lenses of Quran and Hadith through which they watch all of those who are considered ‘Less Muslims’. The women members of MMA [particularly the immediate Family Members of Qazi Hussain Ahmed are worse amongst the lot in MMA they are the permanent pain in the neck regarding Moral High Grounds of Quran and Hadith].

On Friday [13th July 2007], Pakistani Private TV Channel AAJ relayed an episode of Begum Nawazish Ali [hosted by Ali Saleem (a pronounced Hermaphrodite, he while giving an interview to an Indian Channel NDTV in 2006 opined that “he considered himself a Transsexual) ]. I won’t say much about the interview but the prominent participant was Naimatullah Khan Advocate and another was a Female Model [she was not in Veil]. While Jamat-e-Islami since the last 60 years has made life a hell in Pakistan by conniving with several Military Dictators [the latest is Musharraf Regime through supporting his LFO/17th Constitutional Amendment] their members and that too senior members what to talk of Junior Members don’t even know the basic rudiments of Islam. Read below the Quranic Verses and Sunnah while keeping in mind the interview given by Naimatullah Khan to Begum Nawazish Ali:

As per Quran and Hadith.

1- And Lot! (Remember) when he said unto his folk: Will ye commit abomination such as no creature ever did before you? Lo! Ye come with lust unto men instead of women. Nay, but ye are wanton folk. { Verse 80 and 81 – The Heights. Soora Al-Aaraf}.

2- And when Our messengers came unto Lot, he was distressed and knew not how to protect them. He said: This is a distressful day. And his people came unto him, running towards him - and before then they used to commit abominations – He said: O my people ! Here are my daughters! They are purer for you. Beware of Allah, and degrade me not in (the presence of) my guests. Is there not among you any upright man? The said: Well thou knowest that we have no right to thy daughters, and well thou knowest what we want. He said: Would that I had strength to resist you or had some strong support (among you)! (The messengers) said: O Lot! Lo! We are messengers of thy Lord; they shall not reach thee. So travel with thy people in a part of the night, and let not one of you turn around – (all) save thy wife. Lo!that which smiteth them will smite her (also). Lo!their tryst is (for) the morning. Is not the morning nigh. So when Our commandment came to pass We overthrew (that township) and rained upon it stones of clay, one after another. {Verse 77 to 82- Hud. Soora Hud}.

3- What! Of all creatures do ye come unto the males, And leave the wives your Lord created for you? Nay, but ye are forward folk! {Verse 165-166 The Poets. Soora Al-Shora}.

4- Must ye needs lust after men instead of women? Nay, but ye are folk who act senselessly! {Verse 55 - The Ant. Soorah Al-Namal}.

5- And Lot! (Remember) when he said unto his folk: Lo! ye commit lewdness such as no creature did before you. For come ye not in unto males, and cut ye not the road (for travellers), and commit ye not abomination in your meetings? But the answer of his folk was only that they said: Bring Allah’s doom upon us if thou art a truth-teller. {Verse 28-29 – The Spider. Soora Al-Ankaboot} .

The Prophet (peace be on him) declared that a woman should not wear a man's clothing nor a man a woman's. He cursed men who imitate women and women who imitate men. (Bukhari and Muslim)

Among those who are cursed by Allah and His angels, both in this world and in the Hereafter, the Prophet (peace be on him) has mentioned the man whom Allah has made a male but who becomes effeminate by imitating women, and a woman whom Allah has made a female but who becomes masculine by imitating men. (Reported by al-Tabarani)

The women members of MMA particularly the Female Members related with Qazi Hussain Ahmed are more concerned about how a Free Citizen live his life even within the boundary walls of his/her house but these so-called Lease holder of Paradise and Hell miserably fail to warn their very own Senior Member i.e. Naimatullah Khan [have a flowing and a very beautiful beard too] on conduct unbecoming.

The Jamat-e-Islami and their member should refer to Quran and Sunnah to learn about Islam instead to reading Islam through the Deviant Books of Maudoodi.

Sunnah on Hermaphrodites and Eunuchs says:


A hermaphrodite (mukhannath) who had dyed his hands and feet with henna was brought to the Prophet (peace_be_upon_ him). He asked: What is the matter with this man? He was told: Apostle of Allah! he affects women's get-up. So he ordered regarding him and he was banished to an-Naqi'. The people said: Apostle of Allah! should we not kill him? He said: I have been prohibited from killing people who pray. AbuUsamah said: Naqi' is a region near Medina and not a Baqi'. [Abu Dawud]

that once the Prophet was in her house, and an effeminate man was there too. The effeminate man said to 'Abdullah, (Um Salama's brother) "0 'Abdullah! If Ta'if should be conquered tomorrow, I recommend you the daughter of Ghailan, for she is so fat that she has four curves in the front (of her belly) and eight at the back." So the Prophet said (to his wives) "These effeminate (men) should not enter upon you (your houses). [Bukhari]

The Prophet (saws) said: (1) "Kill the one who sodomizes and the one who lets if be done to him." (Tirmidhi, a sahih (authentic) hadith)

"May Allah curse him who does that Lot's people did." (Ibn Hibban, sahih (authentic))

"Lesbianism by women is adultery between them." (Tabarani, sahih)"