Should we rely on The News, GEO TV & Kamran Khan?

ISLAMABAD: The Supreme Court on Wednesday accepted an application of the National Accountability Bureau seeking restoration of an accountability reference against Amir Lodhi, a co-accused in the Augusta Submarine commission scam and a beneficiary of the National Reconciliation Ordinance. A seven-member larger bench of the apex court comprising Chief Justice Iftikhar Muhammad Chaudhry, Justice Mian Shakirullah Jan, Justice Chaudhry Ijaz Ahmed, Justice Tassaduq Hussain Jillani, Justice Tariq Parvez, Justice Asif Saeed Khosa and Justice Khalilur Rehman Ramday ordered the Lahore High Court (LHC) to hear the case. The accountability court had already released former naval chief Admiral (r) Mansoorul Haq – the main accused in the Augusta Submarines deal scam in 1994 including other arms sales – by accepting his plea bargain after he offered to pay back $7.5 million. Lodhi was a defence contractor and a co-accused in an arms kickback deal in the Augusta Submarine contract. The post-1996 investigation into the deal led to Mansoor’s removal as the naval chief. Amir Lodhi is also the brother of former Pakistani ambassador Maliha Lodhi. An accountability court had issued a non-bailable warrant for Lodhi’s arrest, a co-accused in the case for receiving $1,739,282 as kickbacks from suppliers. According to the reference, Lodhi was instrumental in obtaining commissions and kickbacks. The commission was transferred through offshore companies that he established. REFERENCE: Supreme Court revives accountability cases against Amir Lodhi Thursday, April 01, 2010 http://www.dailytimes.com.pk/default.asp?page=2010\04\01\story_1-4-2010_pg7_34
Maleeha Lodhi with "Kamran Khan" - Part 2

The reference accused the former naval chief of receiving $3,369,383 through transfer of money from M/s Titan Europe to M/s Foraker and then to M/s Moylegrove. Similarly, Amir Lodhi, brother of Pakistan's ambassador to the United States, received $1,739,282 allegedly from these illegal transactions. The reference accused that Amir Lodhi was instrumental in obtaining commissions and kickbacks in defence deals on his own as well as on Admiral Haq's behalf. Meanwhile, the same court directed the authorities to provide a copy of corruption reference against Chaudhry Mohammad Zaman, ex-deputy director, Agriculture Extension Rawalpindi. REFERENCE: Mansurul Haq's remand extended for 11 days Staff Reporter DAWN WIRE SERVICE Week Ending: 4 August 2001 Issue : 07/31 http://www.lib.virginia.edu/area-studies/SouthAsia/SAserials/Dawn/2001/aug0401.html#mans
Maleeha Lodhi with "Kamran Khan" - Part 3

"Ijaz told us that in this way you will kill two birds with one stone, one we will ensure votes in the US House for the Brown Amendment and the other the company R.D.D.A. will not sue you", the spokesman added. The spokesman said that when Ambassador Maleeha Lodhi was given this proposal she saw it as a trap wherein Pakistan Government could land in bigger trouble; so she turned down Mr Mansoor Ijaz's proposal saying that "it was illegal". In the Wall Street Journal article, Mr Ijaz has implied that Ambassador Lodhi used "aggressive tactics" in pushing for F-16 monies after the passage of the Brown Amendment because her brother, Amir Lodhi, was interested in the Mirage deal with France as he was the middleman as alleged in the article. REFERENCE: Author was denied $15m, claims Shaikh Our Correspondent DAWN WIRE SERVICE Week Ending : 10 October 1996 Issue : 02/41 http://www.lib.virginia.edu/area-studies/SouthAsia/SAserials/Dawn/1996/10Oc96.html#auth
Maleeha Lodhi with "Kamran Khan" - Part 4 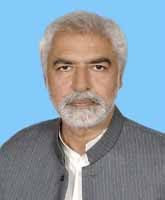 THE air of triumphalism attendant upon the extradition of Grand Admiral Mansurul Haq deserves to be kept in perspective. The Grand Admiral was an enterprising person. Of that there can be little question. What heights would he not have scaled in corporate finance? This is just one example, albeit a telling one, of how we mix priorities in Pakistan. The Grand Admiral should have been head of the State Bank or an investment corporation. And Amer Lodhi, reputedly the chief whip in the Agosta submarine deal, should have headed the navy. Since Pakistani lawyers are not famous for being choosy in these matters, it should come as no surprise to anyone if Amer Lodhi has been taken on by Mr S. M. Zafar as a client. On his behalf Mr Zafar, as eminent and expensive a lawyer as they come, has issued a plaintive statement disclaiming any Lodhi connection with arms procurement. The rewriting of memory is one of Pakistan's most thriving industries. Scams and disasters that would cause upheavals elsewhere scarcely cause a ripple on the calm surface of our national waters. That all responsibility is denied is understandable. But we go one step further and deny the very existence of the performances enacted, or the calamities staged.
Maleeha Lodhi with "Kamran Khan" - Part 5

Next to memory-fixing the most productive industry is the laundering of reputations. In this dry-cleaning business the dirtiest linen comes out clean. The National Accountability Bureau is nailing people for misdemeanours, small or breath-taking. Otherwise who is guilty in Pakistan? Not Benazir, Zardari, Nawaz Sharif, Saifur Rehman, Ukraine tank dealers, Agosta submarine commission agents, second-hand Mirage handlers, high-flying bankers, hospitality-purveying industrialists or entrepreneurs whose abilities would leave even fiction writers amazed. What's so surprising then if Mr S. M. Zafar claims innocence on behalf of Amer Lodhi, a gent whose enterprising abilities get a tell-tale reference in newspapers every now and then? Or take Amer Lodhi. He has friends in the US but as Mr S M Zafar informs us, he is a citizen of Monaco. You can't get any smarter than this. And here's one of our former navy chiefs, someone who might have been credited with greater sense, making a mistake any small-time crook would have avoided. REFERENCE: You don't shoot admirals, do you? Ayaz Amir DAWN WIRE SERVICE Week Ending : 26 May 2001 Issue: 07/ http://www.lib.virginia.edu/area-studies/SouthAsia/SAserials/Dawn/2001/may2601.html#youd
Maleeha Lodhi with "Kamran Khan" - Part 6